Fraud is the deliberate deception of someone else with the intent of causing damage. The damage need not be physical damage—in fact, it is often financial.[4]

The Federal Trade Commission has determined that a representation, omission, or practice is deceptive if it is likely to:

When we consider the elements of the marketing mix—product, price, promotion, and distribution—there are opportunities for deception in each area. 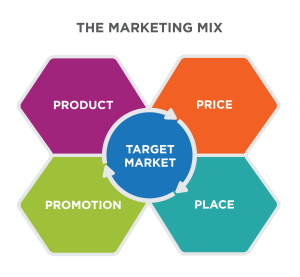 Product: Is the product designed and manufactured as the customer would expect, given the other elements of the marketing mix? Is the customer warned about the product's limitations or uses that are not recommended?

Price: Is the total price of the product fairly presented to the customer? Is the price charged for the product the same as the price posted or advertised?  Has something been marketed as "free" and, if so, does it meet FTC guidelines for the definition of free? Does the company disclose information about finance charges?

Promotion: Can claims made to consumers be substantiated? Are disclaimers clear and conspicuous? For products marketed to children, is extra care taken to accurately represent the product?

Sadly, it is easy enough to find a case of pervasive marketing fraud that any student can understand: Corinthian Colleges.

Bureau Seeks More than $500 Million In Relief For Borrowers of Corinthian’s Private Student Loans WASHINGTON, D.C. — Today, the Consumer Financial Protection Bureau (CFPB) sued for-profit college chain Corinthian Colleges, Inc. for its illegal predatory lending scheme. The Bureau alleges that Corinthian lured tens of thousands of students to take out private loans to cover expensive tuition costs by advertising bogus job prospects and career services. Corinthian then used illegal debt collection tactics to strong-arm students into paying back those loans while still in school. To protect current and past students of the Corinthian schools, the Bureau is seeking to halt these practices and is requesting the court to grant relief to the students who collectively have taken out more than $500 million in private student loans.

“For too many students, Corinthian has turned the American dream of higher education into an ongoing nightmare of debt and despair,” said CFPB Director Richard Corday. “We believe Corinthian lured consumers into predatory loans by lying about their future job prospects, and then used illegal debt collection tactics to strong-arm students at school. We want to put an end to these predatory practices and get relief for the students who are bearing the weight of more than half a billion dollars in Corinthian’s private student loans.”

Corinthian Colleges, Inc. is one of the largest for-profit, post-secondary education companies in the United States. The publicly traded company has more than 100 school campuses across the country. The company operates schools under the names Everest, Heald, and WyoTech. As of last March, the company had approximately 74,000 students.

Today’s CFPB lawsuit alleges a pervasive culture across the Everest, Heald, and WyoTech schools that allowed employees to routinely deceive and illegally harass private student loan borrowers. Under the Dodd-Frank Wall Street Reform and Consumer Protection Act, the CFPB has the authority to take action against institutions engaging in unfair, deceptive, or abusive practices. Based on its investigation, the CFPB alleges that the schools made deceptive representations about career opportunities that induced prospective students to take out private student loans, and then used illegal tactics to collect on those loans. Today’s lawsuit covers the period from July 21, 2011 to the present.

Lured into Loans by Lies

Most students who attend Everest, Heald, and WyoTech schools come from economically disadvantaged backgrounds and many are the first in their families to seek an education beyond a high school diploma. According to internal Corinthian documents, most students lived in households with very low income. Today’s lawsuit alleges that the schools owned by Corinthian Colleges, Inc. advertised their education as a gateway to good jobs and better careers. It alleges that throughout the Corinthian schools, consumers were lured into loans by lies, including:

The CFPB believes the Corinthian colleges deliberately inflated tuition prices to be higher than federal loan limits so that most students were forced to rely on additional sources of funding. The Corinthian schools then relied on deceptive statements regarding its education program to induce students into taking out its high-cost private student loans, known as “Genesis loans.” Today’s lawsuit alleges that under the Genesis loan program:

Under the Genesis loan program, nearly all student borrowers were required to make monthly loan payments while attending school. This is unusual; federal loans and almost all other sources of private student loans do not require repayment until after graduation. This put pressure on Everest, Heald, and WyoTech students to come up with funding while attending school. Today’s lawsuit alleges that Corinthian took advantage of this position of power to engage in aggressive debt collection tactics. The CFPB alleges that Corinthian’s campus staff members received bonuses based in part on their success in collecting payments from students. The debt collection tactics included:

Today’s lawsuit seeks, among other things, compensation for the tens of thousands of students who took out Genesis loans. The CFPB estimates that from July 2011 through March 2014, students took out approximately 130,000 private student loans to pay tuition and fees at Everest, Heald, or WyoTech colleges. Some of these loans have been paid back in part or in full; the total outstanding balance of these loans is in excess of $569 million.

The CFPB is seeking redress for all the private student loans made since July 21, 2011, including those that have been paid off. In its lawsuit, the CFPB is also seeking to keep Corinthian from continuing the illegal conduct described above, and to prevent new students from being harmed.

Today the CFPB is also publishing a special notice for current and former Corinthian students to help them navigate their options in this time of uncertainty, including information on loan discharge options.

The Close of the Corinthian College Story

In May 2015, Corinthian Colleges declared bankruptcy. [6]

In October 2015, the CFPB won its case against Corinthian Colleges in federal court.

As a fellow student you will be pleased to hear that the federal government is providing loan relief for students who were victims of financial fraud.

From a marketer's point of view, the story demonstrates a number of different types of fraud, which had devastating consequences for both shareholders and stakeholders. Deliberate deception was part of the company's strategy, and it played a dominant role in all aspects of marketing.

COLLEGE OF MARKETING •  Our Lady of Fatima Univ

1.2 Who Does Marketing_ - Principles of Marketing.pdf

1.3 Why Study Marketing_ - Principles of Marketing.pdf

Theory and application of marketing principles in Apple Inc^.pptx

Theory and application of marketing principles in Apple Inc..pptx

Exercise on Marketing Principles in Tourism.docx

What are the marketing principles.docx

Module 2 in Principles of Marketing.docx

International marketing is simply the application of marketing principles to more than one country.d