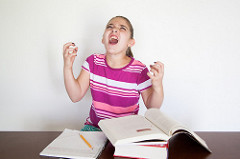 Children's cognitive and social skills are evaluated as they enter and progress through school. Sometimes this evaluation indicates that a child needs special assistance with language or in learning how to interact with others.   Evaluation and diagnosis of a child can be the first step in helping to provide that child with the type of instruction and resources needed. But diagnosis and labeling also have social implications. It is important to consider that children can be misdiagnosed and that once a child has received a diagnostic label, the child, teachers, and family members may tend to interpret actions of the child through that label. The label can also influence the child's self-concept. Consider, for example, a child who is misdiagnosed as learning disabled. That child may expect to have difficulties in school, lack confidence, and out of these expectations, have trouble indeed. This self-fulfilling prophecy or tendency to act in such a way as to make what you predict will happen comes true, calls our attention to the power that labels can have whether or not they are accurately applied.   It is also important to consider that children's difficulties can change over time; a child who has problems in school, may improve later or may live under circumstances as an adult where the problem (such as a delay in math skills or reading skills) is no longer relevant. That person, however, will still have a label as learning disabled. It should be recognized that the distinction between abnormal and normal behavior is not always clear; some abnormal behavior in children is fairly common. Misdiagnosis may be more of a concern when evaluating learning difficulties than in cases of autism spectrum disorder where unusual behaviors are clear and consistent.

Keeping these cautionary considerations in mind, let's turn our attention to some developmental and learning difficulties.

The estimate published by the Center for Disease Control (2006) is that about 1 out of every 166 children in the United States has an autism spectrum disorder. Autism spectrum disorders include autism, Asperger's disorder and pervasive developmental disabilities. Many of these children are not identified until they reach school age. In 2003, about 141,000 children received special education through the public schools (Center for Disease Control, 2006). These disorders are found in all racial and ethnic groups and are more common in boys than in girls. All of these disorders are marked by difficulty in social interactions, problems in various areas of communication, and in difficulty with altering patterns or daily routines. There is no single cause of ASDs and the causes of these disorders are to a large extent, unknown. In cases involving identical twins, if one twin has autism, the other is also autistic about 75 percent of the time. Rubella, fragile X syndrome and PKU that has been untreated are some of the medical conditions associated with risks of autism.

None of these disorders is curable. Some individuals benefit from medications that alleviate some of the symptoms of ASDs. But the most effective treatments involve behavioral intervention and teaching techniques used to promote the development of language and social skills, and to structure learning environments that accommodate the needs of these children.

Autism is a developmental disorder more commonly known than Asperger's or Pervasive Developmental disorders. A person with autism has difficulty with and a lack of interest in learning language. An autistic child may respond to a question by repeating the question or might rarely speak. Sometimes autistic children learn more difficult words before simple words or complicated tasks before easier ones. The person has difficulty reading social cues such as the meanings of non-verbal gestures such as a wave of the hand or the emotion associated with a frown. Intense sensitivity to touch or visual stimulation may also be experienced. Autistic children have poor social skills and are unable to communicate with others or empathize with others emotionally. An autistic views the world differently and learns differently than others. Autistic children tend to prefer routines and patterns and become upset when routines are altered. For example, moving the furniture or changing the daily schedule can be very upsetting.

Asperger's syndrome is considered by some to be the same as high functioning autism. Others suggest that Asperger's disorder is different from autism in that language development is generally not delayed (Medline Plus, 2006). A person with Asperger's syndrome does not experience cognitive developmental delays, but has difficulty in social interactions. This person may be identified as strange by others, may have difficulty reading or identifying with other people's emotions, and may prefer routine and become upset if routines are disrupted. Many people with Asperger's syndrome may have above average intelligence and may have an intense focus of interests in a particular field. For example, a person may be extremely interested in and knowledgeable about cars. Another might be very interested in the smell of people's shoes.

Pervasive developmental disorder is a term used to refer to difficulties in socialization and delays in developing communicative skills. This is usually recognized before 3 years of age. A child with PDD may interact in unusual ways with toys, people, or situations, and may engage in repetitive movement.

What is a learning disability? The spectrum disorders just described impact many areas of the child's life. And if a child is mentally retarded, that child is typically slow in all areas of learning.  However, a child with a learning disability has problems in a specific area or with a specific task or type of activity related to education.  A learning difficulty refers to a deficit in a child's ability to perform an expected academic skill (Berger, 2005). These difficulties are identified in school because this is when children's academic abilities are being tested, compared, and measured. Consequently, once academic testing is no longer essential in that person's life (as when they are working rather than going to school) these disabilities may no longer be noticed or relevant, depending on the person's job and the extent of the disability.

Dyslexia is one of the most commonly diagnosed disabilities and involves having difficulty in the area of reading. This diagnosis is used for a number of reading difficulties.  For example, the child may reverse letters or have difficulty reading from left to right or may have problems associating letters with sounds. It appears to be rooted in some neurological problems involving the parts of the brain active in recognizing letters, verbally responding, or being able to manipulate sounds (National Institute of Neurological Disorders and Stroke, 2006). Treatment typically involves altering teaching methods to accommodate the person's particular problematic area.

Attention Deficit Hyperactivity Disorder is considered a neurological and behavioral disorder in which a person has difficulty staying on task, screening out distractions, and inhibiting behavioral outbursts. The most commonly recommended treatment involves the use of medication, structuring the classroom environment to keep distractions at a minimum, tutoring, and teaching parents how to set limits and encourage age-appropriate behavior (NINDS, 2006).

What is psychology ? Review Information-2.docx

PSYC 1301 •  University of the Incarnate Word