Introduction to Death and Dying

Objectives: At the end of this lesson, you will be able to

"Everything has to die," he told her during a telephone conversation.

"I want you to know how much I have enjoyed being with you, having you as my friend, and confidant and what a good father you have been to me. Thank you so much." she told him.

"You are entirely welcome." he replied.

He had known for years that smoking will eventually kill him. But he never expected that lung cancer would take his life so quickly or be so painful. A diagnosis in late summer was followed with radiation and chemotherapy during which time there were moments of hope interspersed with discussions about where his wife might want to live after his death and whether or not he would have a blood count adequate to let him precede with his next treatment. Hope and despair exist side by side. After a few months, depression and quiet sadness preoccupied him although he was always willing to relieve others by reporting that he 'felt a little better' if they asked. He returned home in January after one of his many hospital stays and soon grew worse. Back in the hospital, he was told of possible treatment options to delay his death. He asked his family members what they wanted him to do and then announced that he wanted to go home. He was ready to die. He returned home. Sitting in his favorite chair and being fed his favorite food gave way to lying in the hospital bed in his room and rejecting all food. Eyes closed and no longer talking, he surprised everyone by joining in and singing "Happy birthday" to his wife, son, and daughter-in-law who all had birthdays close together. A pearl necklace he had purchased 2 months earlier in case he died before his wife's birthday was retrieved and she told him how proud she would be as she wore it. He kissed her once and then again as she said goodbye. He died a few days later (Author's notes). 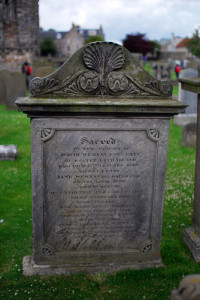 A dying process that allows an individual to make choices about treatment, to say goodbyes and to take care of final arrangements is what many people hope for. Such a death might be considered a "good death." But of course, many deaths do not occur in this way. Not all deaths include such a dialogue with family members or being able to die in familiar surroundings. People die suddenly and alone. People leave home and never return. Children precede parents in death; wives precede husbands, and the homeless are bereaved by strangers.

In this lesson, we look at death and dying, grief and bereavement. We explore palliative care and hospice. And we explore funeral rites and the right to die.

Living with grief: Diverstiy and end of life care. (2009). Hospital Foundation of America.

Soci 424 Week 1_Introduction and Sociological Perspectives on Death and Dying.docx

C217 - Course of Study - Human Growth and Development Across the Lifespan - 3 CUs.pdf

NCM 108 BIOETHICS DIGNITY IN DEATH AND DYING WITH TASKS.pdf

PSY 2110 Death and Dying Across the Lifespan.docx

Discuss death and bereavement as well as attitudes about death and dying across the lifespan.docx

Introduction to Psychology of Death and Dying

Lifespan development explores how we change and grow from conception to death.docx

Death and Dying across a Lifespan

AM01 Introduction to Lifespan Development.docx

What Is Lifespan Development_ _ Introduction to Psychology.pdf

SDS150R Week 2A Handout - Introduction to Theories of Lifespan Development.pptx

An Introduction to Lifespan Development.docx