Reading: Florence in the Trecento (1300s) 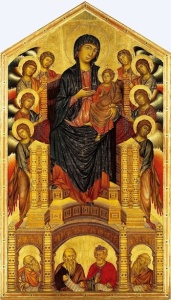 Meanwhile, back in Florence, Cimabue’s paintings showed more interest in depicting space and modeling figures with gradations of light and shade. These ideas spread as artists travelled throughout Italy and southern France in search of work, creating a network of artistic centers that all exerted influence on one another. 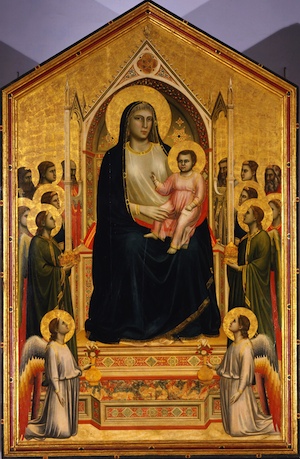 As the new century opened, the painter Giotto di Bondone observed many of these currents and forged them into something distinctively Florentine and enormously influential.

Where earlier works of art engage us with the embellished splendor of the heavenly, Giotto’s paintings capture our attention by representing holy figures and stories as if in a majestic but earthly realm. Bold modeling of draperies and the bodies beneath them gives his figures greater volume and a sense of sculptural relief. Clever kinds of perspective create the illusion that a space is opening up in front of the viewer, as if we might be peering onto a stage. 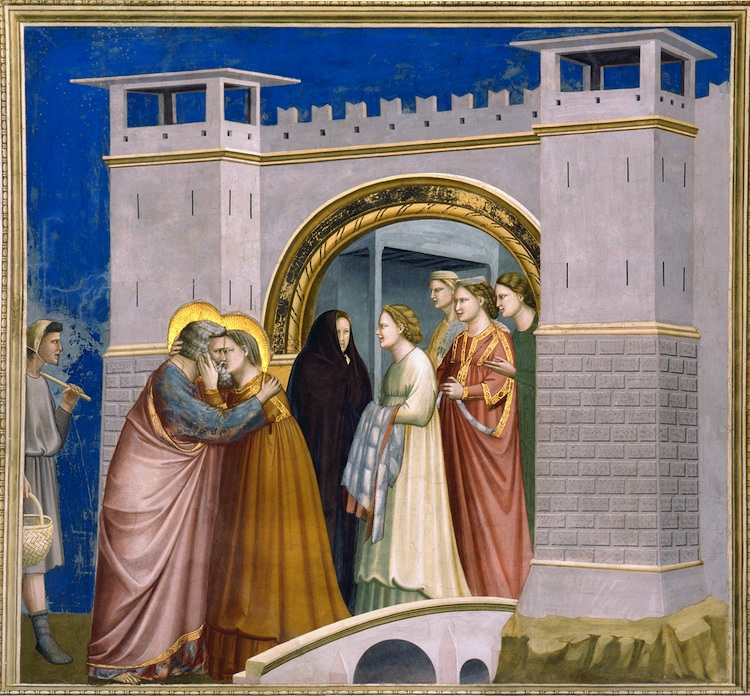 Perhaps just as importantly, Giotto was a master of visual storytelling – a skill evident in his most important surviving project, the frescoes in the Arena Chapel in Padua (c. 1305). Here the monumentality of the figures, the quiet dignity of their movements, and the way architectural and landscape settings seem to echo the action all conjure up a solemn aura of the sacred. Like many of the narrative paintings attributed to Giotto, the scenes use closely observed human gestures and careful composition to enhance the drama and emotion of the moment depicted. 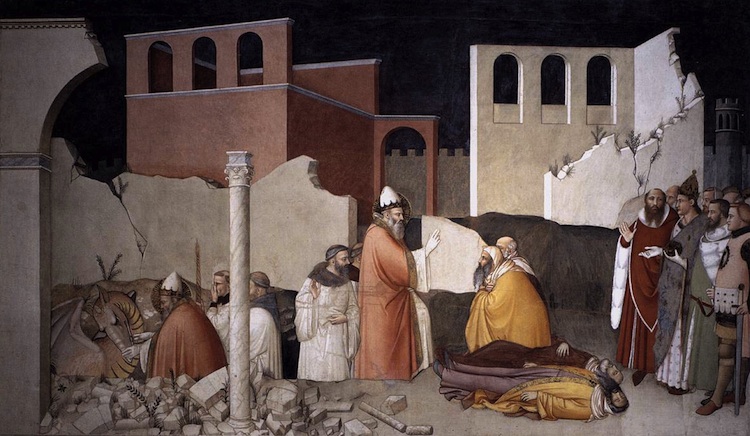 Giotto had an enormous workshop full of students and assistants, making it hard to tell which works he painted and which were by his pupils. Even more confusingly, his style was so immediately influential that it is still difficult to say who his formal students were. What we do know is that, in the years immediately after his death, the artists who were the most “Giottesque” received the lion’s share of the important commissions for new projects. The success of artists like Bernardo Daddi, Maso di Banco, and Taddeo Gaddi demonstrates that wealthy patrons were on board with Giotto’s new vision for art.

Sometime around mid-century, though, certain artists began to drift from the clear, spare art of Giotto’s school. Many experimented with visually crowded compositions or with complex subjects represented through elaborate symbols and schemes. Some even seem to have purposefully echoed the ornamental, formal art of the Italo-Byzantine period. This has led art historians to wonder whether these changes in style were caused by Florence’s collective despair after the outbreak of the bubonic plague—a sickness that wiped out over half the city’s population in one year alone (1348). 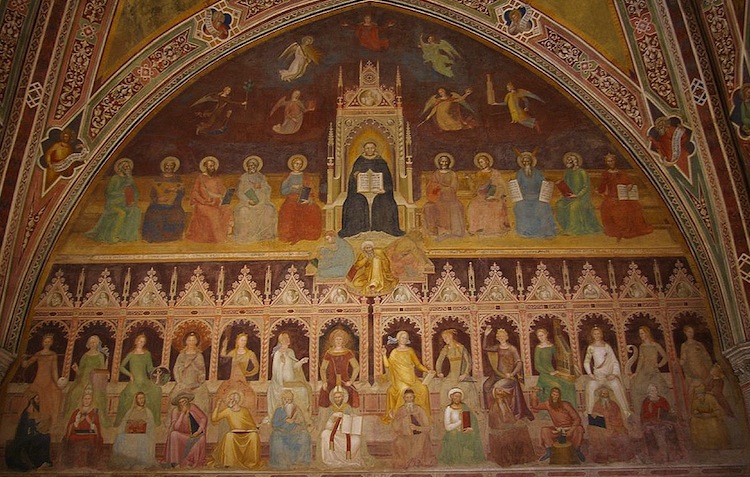 Most scholars now think the situation was more mixed than this theory might lead us to believe. In fact, late fourteenth-century art is hard to generalize. This is partly because no single workshop dominated the art of Florence as much as Giotto and his school had in previous decades. But it is also because artists of the time were skilled at adapting their own style to the specific tastes of each patron and to the context and function of each image.

Overall, however, Florentine art from 1348 to 1400 did not experience the same kind of major stylistic shift that characterized Giotto’s years on the scene. Rather, the fundamental influence of Giotto continued into the early 1400s. In the end, the long fourteenth century was Giotto’s century.

The Quattrocento in the Trecento

The Enchantress of Florence by Salman Rushdie.pdf