How We See the Invisible World

Peering Into the Invisible World


Some of the fundamental characteristics and functions of microscopes can be understood in the context of the history of their use. Italian scholar Girolamo Fracastoro is regarded as the first person to formally postulate that disease was spread by tiny invisible seminaria, or "seeds of the contagion." In his book De Contagione (1546), he proposed that these seeds could attach themselves to certain objects (which he called fomes [cloth]) that supported their transfer from person to person. However, since the technology for seeing such tiny objects did not yet exist, the existence of the seminaria remained hypothetical for a little over a century—an invisible world waiting to be revealed.

Antonie van Leeuwenhoek, sometimes hailed as "the Father of Microbiology," is typically credited as the first person to have created microscopes powerful enough to view microbes (Figure 1a–b). Born in the city of Delft in the Dutch Republic, van Leeuwenhoek began his career selling fabrics. However, he later became interested in lens making (perhaps to look at threads) and his innovative techniques produced microscopes that allowed him to observe microorganisms as no one had before. In 1674, he described his observations of single-celled organisms, whose existence was previously unknown, in a series of letters to the Royal Society of London. His report was initially met with skepticism, but his claims were soon verified and he became something of a celebrity in the scientific community.

Figure 1. (a) Antonie van Leeuwenhoek (1632–1723) is credited as being the first person to observe microbes, including bacteria, which he called "animalcules" and "wee little beasties." (b) Even though van Leeuwenhoek’s microscopes were simple microscopes (as seen in this replica), they were more powerful and provided better resolution than the compound microscopes of his day. (c) Though more famous for developing the telescope, Galileo Galilei (1564–1642) was also one of the pioneers of microscopy. (credit b: modification of work by "Wellcome Images"/Wikimedia Commons)

While van Leeuwenhoek is credited with the discovery of microorganisms, others before him had contributed to the development of the microscope. These included eyeglass makers in the Netherlands in the late 1500s, as well as the Italian astronomer Galileo Galilei, who used a compound microscope to examine insect parts (Figure 1c). Whereas van Leeuwenhoek used a simple microscope, in which light is passed through just one lens, Galileo’s compound microscope was more sophisticated, passing light through two sets of lenses.

Van Leeuwenhoek’s contemporary, the Englishman Robert Hooke (1635–1703), also made important contributions to microscopy, publishing in his book Micrographia (1665) many observations using compound microscopes. Viewing a thin sample of cork through his microscope, he was the first to observe the structures that we now know as cells (Figure 2). Hooke described these structures as resembling "Honey-comb," and as "small Boxes or Bladders of Air," noting that each "Cavern, Bubble, or Cell" is distinct from the others (in Latin, "cell" literally means "small room"). They likely appeared to Hooke to be filled with air because the cork cells were dead, with only the rigid cell walls providing the structure. 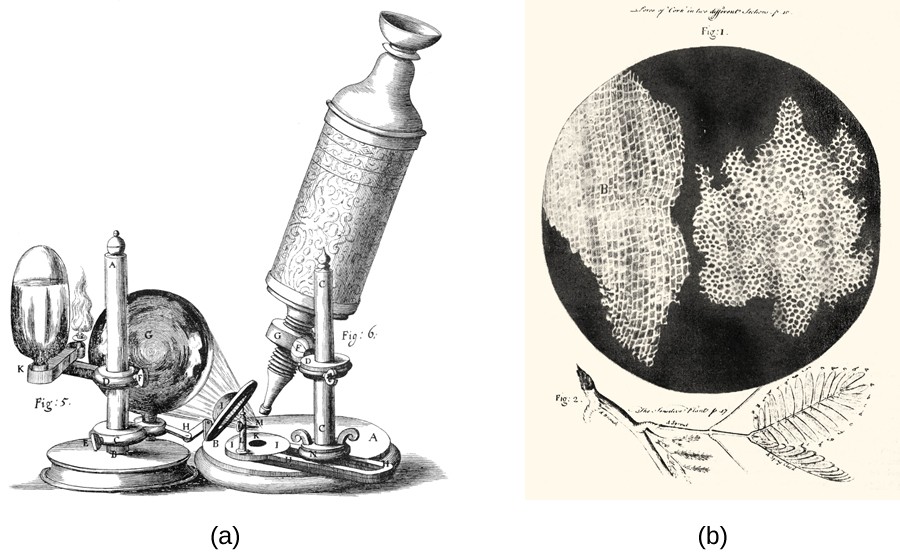 Figure 2. Robert Hooke used his (a) compound microscope to view (b) cork cells. Both of these engravings are from his seminal work Micrographia, published in 1665.


Who Invented the Microscope? 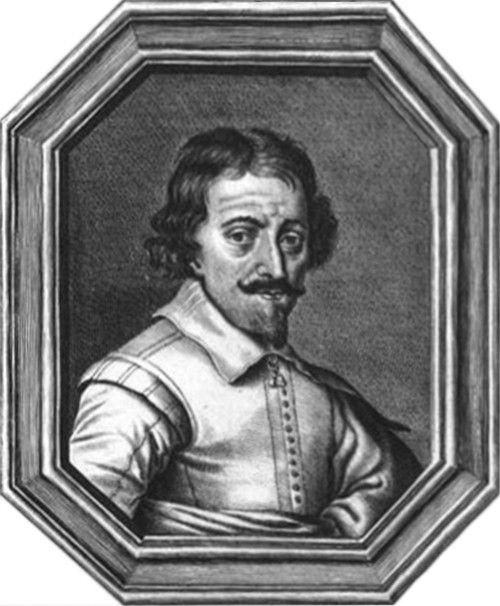 Figure 3. Zaccharias Janssen, along with his father Hans, may have invented the telescope, the simple microscope, and the compound microscope during the late 1500s or early 1600s. The historical evidence is inconclusive.

While Antonie van Leeuwenhoek and Robert Hooke generally receive much of the credit for early advances in microscopy, neither can claim to be the inventor of the microscope. Some argue that this designation should belong to Hans and Zaccharias Janssen, Dutch spectacle-makers who may have invented the telescope, the simple microscope, and the compound microscope during the late 1500s or early 1600s (Figure 3). Unfortunately, little is known for sure about the Janssens, not even the exact dates of their births and deaths. The Janssens were secretive about their work and never published. It is also possible that the Janssens did not invent anything at all; their neighbor, Hans Lippershey, also developed microscopes and telescopes during the same time frame, and he is often credited with inventing the telescope. The historical records from the time are as fuzzy and imprecise as the images viewed through those early lenses, and any archived records have been lost over the centuries.

By contrast, van Leeuwenhoek and Hooke can thank ample documentation of their work for their respective legacies. Like Janssen, van Leeuwenhoek began his work in obscurity, leaving behind few records. However, his friend, the prominent physician Reinier de Graaf, wrote a letter to the editor of the Philosophical Transactions of the Royal Society of London calling attention to van Leeuwenhoek’s powerful microscopes. From 1673 onward, van Leeuwenhoek began regularly submitting letters to the Royal Society detailing his observations. In 1674, his report describing single-celled organisms produced controversy in the scientific community, but his observations were soon confirmed when the society sent a delegation to investigate his findings. He subsequently enjoyed considerable celebrity, at one point even entertaining a visit by the czar of Russia.

Similarly, Robert Hooke had his observations using microscopes published by the Royal Society in a book called Micrographia in 1665. The book became a bestseller and greatly increased interest in microscopy throughout much of Europe.

Who was the first to describe "cells" in dead cork tissue?

Who is the probable inventor of the compound microscope?

Answer b. Zaccharias Janssen is the probable inventor of the compound microscope.

A microscope that uses multiple lenses is called a _________ microscope.

A microscope that uses multiple lenses is called a compound microscope.

How We See the Invisible World.pdf

Ch 2 How We See the Invisible World.pptx

CH 2 How we see the invisible world.pptx

Unit 2 Ch2 How to see the invisible world.pptx

How we see the Invisible World.docx

The Wonders of the Invisible World -1

Ch. 2 - How We See the Invisible World Chapter Outline.docx

Cotton Matherss Wonders of the Invisible World_ An Authoritative

Ch 2 How We See the Invisible World.doc

Chapter 2 - How We See the Invisible World (1).pptx

2_How We See the Invisible World_ada.docx

NURSING 107B •  University of the Fraser Valley

Chapter 2 How We See the Invisible World copy.pptx

After the Fact Chapter 3- The Visible and Invisible World's of Salem Questions.docx

255329The Wonders of the Invisible World.docx

Chapter 3 The Visible and Invisible Worlds of Salem.docx

from The Wonders of the Invisible World.doc