Overview of the Classical Era of Music 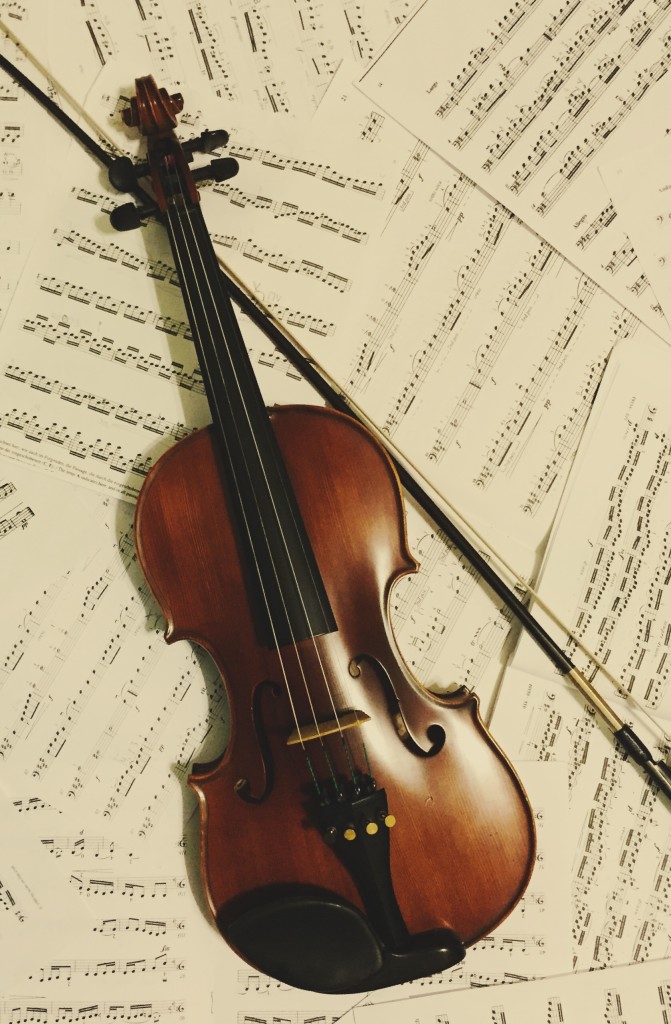 The dates of the classical period in Western music are generally accepted as being between about 1750 and 1820. However, the term classical music is used in a colloquial sense as a synonym for Western art music, which describes a variety of Western musical styles from the ninth century to the present, and especially from the sixteenth or seventeenth to the nineteenth. This article is about the specific period from 1730 to 1820.

The classical period falls between the baroque and the romantic periods. The best-known composers from this period are Joseph Haydn, Wolfgang Amadeus Mozart, Ludwig van Beethoven, and Franz Schubert; other notable names include Luigi Boccherini, Muzio Clementi, Antonio Soler, Antonio Salieri, François Joseph Gossec, Johann Stamitz, Carl Friedrich Abel, Carl Philipp Emanuel Bach, and Christoph Willibald Gluck. Ludwig van Beethoven is also regarded either as a romantic composer or a composer who was part of the transition to the romantic.

Franz Schubert is also something of a transitional figure, as are Johann Nepomuk Hummel, Mauro Giuliani, Friedrich Kuhlau, Fernando Sor, Luigi Cherubini, Jan Ladislav Dussek, and Carl Maria von Weber. The period is sometimes referred to as the era of Viennese classic or classicism (German: Wiener Klassik), since Wolfgang Amadeus Mozart, Joseph Haydn, Antonio Salieri, and Ludwig van Beethoven all worked at some time in Vienna, and Franz Schubert was born there.

In the middle of the eighteenth century, Europe began to move toward a new style in architecture, literature, and the arts, generally known as classicism. This style sought to emulate the ideals of classical antiquity, especially those of classical Greece. While still tightly linked to court culture and absolutism, with its formality and emphasis on order and hierarchy, the new style was also "cleaner." It favored clearer divisions between parts, brighter contrasts and colors, and simplicity rather than complexity. In addition, the typical size of orchestras began to increase.

The remarkable development of ideas in "natural philosophy" had already established itself in the public consciousness. In particular, Newton's physics was taken as a paradigm: structures should be well-founded in axioms and be both well articulated and orderly. This taste for structural clarity began to affect music, which moved away from the layered polyphony of the baroque period toward a style known as homophony, in which the melody is played over a subordinate harmony. This move meant that chords became a much more prevalent feature of music, even if they interrupted the melodic smoothness of a single part. As a result, the tonal structure of a piece of music became more audible.

The new style was also encouraged by changes in the economic order and social structure. As the eighteenth century progressed, the nobility became the primary patrons of instrumental music, while public taste increasingly preferred comic opera. This led to changes in the way music was performed, the most crucial of which was the move to standard instrumental groups and the reduction in the importance of the continuo—the rhythmic and harmonic ground of a piece of music, typically played by a keyboard (harpsichord or organ) and potentially by several other instruments. One way to trace the decline of the continuo and its figured chords is to examine the disappearance of the term obbligato, meaning a mandatory instrumental part in a work of chamber music. In baroque compositions, additional instruments could be added to the continuo according to preference; in classical compositions, all parts were specifically noted, though not always notated, so the term "obbligato" became redundant. By 1800, it was practically extinct.

Characteristics of the Classical Style in Music

Economic changes also had the effect of altering the balance of availability and quality of musicians. While in the late baroque a major composer would have the entire musical resources of a town to draw on, the forces available at a hunting lodge were smaller and more fixed in their level of ability. This was a spur to having primarily simple parts to play, and in the case of a resident virtuoso group, a spur to writing spectacular, idiomatic parts for certain instruments, as in the case of the Mannheim orchestra. In addition, the appetite for a continual supply of new music, carried over from the baroque, meant that works had to be performable with, at best, one rehearsal. Indeed, even after 1790 Mozart writes about "the rehearsal," with the implication that his concerts would have only one.

Since polyphonic texture was no longer the main focus of music (excluding the development section) but rather a single melodic line with accompaniment, there was greater emphasis on notating that line for dynamics and phrasing. The simplification of texture made such instrumental detail more important, and also made the use of characteristic rhythms, such as attention-getting opening fanfares, the funeral march rhythm, or the minuet genre, more important in establishing and unifying the tone of a single movement.

Forms such as the concerto and sonata were more heavily defined and given more specific rules, whereas the symphony was created in this period (this is popularly attributed to Joseph Haydn). The concerto grosso (a concerto for more than one musician) began to be replaced by the solo concerto (a concerto featuring only one soloist), and therefore began to place more importance on the particular soloist's ability to show off. There were, of course, some concerti grossi that remained, the most famous of which being Mozart's Sinfonia Concertante for Violin and Viola in E flat Major. 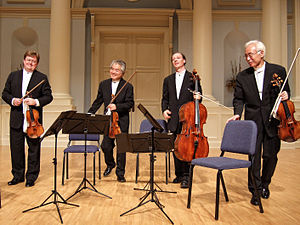 Classical music has a lighter, clearer texture than baroque music and is less complex. It is mainly homophonic—melody above chordal accompaniment (but counterpoint by no means is forgotten, especially later in the period). It also makes use of style galant in the classical period which was drawn in opposition to the strictures of the baroque style, emphasizing light elegance in place of the baroque's dignified seriousness and impressive grandeur.

Variety and contrast within a piece became more pronounced than before. Variety of keys, melodies, rhythms and dynamics (using crescendo, diminuendo and sforzando), along with frequent changes of mood and timbre were more commonplace in the classical period than they had been in the baroque. Melodies tended to be shorter than those of baroque music, with clear-cut phrases and clearly marked cadences. The orchestra increased in size and range; the harpsichord continuo fell out of use, and the woodwind became a self-contained section. As a solo instrument, the harpsichord was replaced by the piano (or fortepiano). Early piano music was light in texture, often with Alberti bass accompaniment, but it later became richer, more sonorous and more powerful.

Importance was given to instrumental music—the main kinds were sonata, trio, string quartet, symphony, concerto, serenade and divertimento. Sonata form developed and became the most important form. It was used to build up the first movement of most large-scale works, but also other movements and single pieces (such as overtures).