Production of the Formed Elements


The lifespan of the formed elements is very brief. Although one type of leukocyte called memory cells can survive for years, most erythrocytes, leukocytes, and platelets normally live only a few hours to a few weeks. Thus, the body must form new blood cells and platelets quickly and continuously. When you donate a unit of blood during a blood drive (approximately 475 mL, or about 1 pint), your body typically replaces the donated plasma within 24 hours, but it takes about 4 to 6 weeks to replace the blood cells. This restricts the frequency with which donors can contribute their blood. The process by which this replacement occurs is called hemopoiesis, or hematopoiesis (from the Greek root haima- = “blood”; -poiesis = “production”).

Prior to birth, hemopoiesis occurs in a number of tissues, beginning with the yolk sac of the developing embryo, and continuing in the fetal liver, spleen, lymphatic tissue, and eventually the red bone marrow. Following birth, most hemopoiesis occurs in the red marrow, a connective tissue within the spaces of spongy (cancellous) bone tissue. In children, hemopoiesis can occur in the medullary cavity of long bones; in adults, the process is largely restricted to the cranial and pelvic bones, the vertebrae, the sternum, and the proximal epiphyses of the femur and humerus.

Homeostasis is maintained by negative feedback.

All formed elements arise from stem cells of the red bone marrow. Recall that stem cells undergo mitosis plus cytokinesis (cellular division) to give rise to new daughter cells: One of these remains a stem cell and the other differentiates into one of any number of diverse cell types. Stem cells may be viewed as occupying a hierarchal system, with some loss of the ability to diversify at each step. The totipotent stem cell is the zygote, or fertilized egg. The totipotent (toti- = “all”) stem cell gives rise to all cells of the human body. The next level is the pluripotent stem cell, which gives rise to multiple types of cells of the body and some of the supporting fetal membranes. Beneath this level, the mesenchymal cell is a stem cell that develops only into types of connective tissue, including fibrous connective tissue, bone, cartilage, and blood, but not epithelium, muscle, and nervous tissue. One step lower on the hierarchy of stem cells is the hemopoietic stem cell, or hemocytoblast. All of the formed elements of blood originate from this specific type of cell. 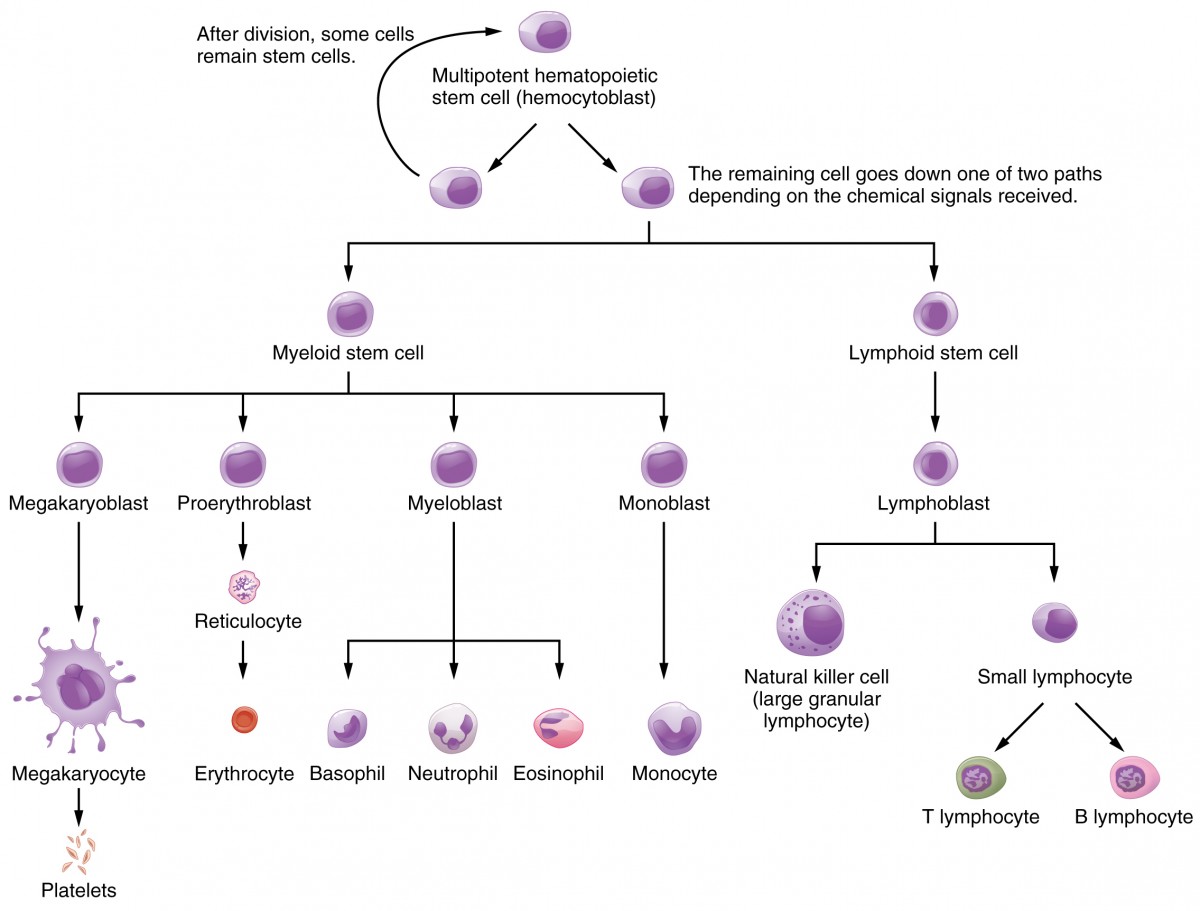 Figure 1. Hematopoietic System of Bone Marrow Hemopoiesis is the proliferation and differentiation of the formed elements of blood.

Lymphoid and myeloid stem cells do not immediately divide and differentiate into mature formed elements. As you can see in Figure 1, there are several intermediate stages of precursor cells (literally, forerunner cells), many of which can be recognized by their names, which have the suffix -blast. For instance, megakaryoblasts are the precursors of megakaryocytes, and proerythroblasts become reticulocytes, which eject their nucleus and most other organelles before maturing into erythrocytes.

Development from stem cells to precursor cells to mature cells is again initiated by hemopoietic growth factors. These include the following:

In its original intent, the term blood doping was used to describe the practice of injecting by transfusion supplemental RBCs into an individual, typically to enhance performance in a sport. Additional RBCs would deliver more oxygen to the tissues, providing extra aerobic capacity, clinically referred to as VO2 max. The source of the cells was either from the recipient (autologous) or from a donor with compatible blood (homologous). This practice was aided by the well-developed techniques of harvesting, concentrating, and freezing of the RBCs that could be later thawed and injected, yet still retain their functionality. These practices are considered illegal in virtually all sports and run the risk of infection, significantly increasing the viscosity of the blood and the potential for transmission of blood-borne pathogens if the blood was collected from another individual.

With the development of synthetic EPO in the 1980s, it became possible to provide additional RBCs by artificially stimulating RBC production in the bone marrow. Originally developed to treat patients suffering from anemia, renal failure, or cancer treatment, large quantities of EPO can be generated by recombinant DNA technology. Synthetic EPO is injected under the skin and can increase hematocrit for many weeks. It may also induce polycythemia and raise hematocrit to 70 or greater. This increased viscosity raises the resistance of the blood and forces the heart to pump more powerfully; in extreme cases, it has resulted in death. Other drugs such as cobalt II chloride have been shown to increase natural EPO gene expression. Blood doping has become problematic in many sports, especially cycling. Lance Armstrong, winner of seven Tour de France and many other cycling titles, was stripped of his victories and admitted to blood doping in 2013.

The simple act of increasing the number of red blood cells in blood may be associated with hyperviscosity syndrome which is characterized by increased blood viscosity and decreased cardiac output and blood flow velocity which results in the reduction of peripheral oxygen delivery. This increases the chances of heart attack, stroke, phlebitis, and pulmonary embolism, which has been seen in cases where there is too much blood reintroduced into the blood stream. Because blood doping increases the volume of red blood cells, it effectively introduces a condition called polycythemia, a blood disorder that has known adverse outcomes such as heart attacks or strokes.  Blood contamination during preparation or storage is another issue. Contamination was seen in 1 in every 500,000 transfusions of red blood cells in 2002.  Blood contamination can lead to septicemia or an infection that affects the whole body.

When cyclist Lance Armstrong admitted he used performance enhancing drugs, the practice of blood doping hit the media spotlight. But how exactly does it boost performance? Experts at Mayo Clinic explore the science behind blood doping in the following video.

Sometimes, a healthcare provider will order a bone marrow biopsy, a diagnostic test of a sample of red bone marrow, or a bone marrow transplant, a treatment in which a donor’s healthy bone marrow—and its stem cells—replaces the faulty bone marrow of a patient. These tests and procedures are often used to assist in the diagnosis and treatment of various severe forms of anemia, such as thalassemia major and sickle cell anemia, as well as some types of cancer, specifically leukemia.

In the past, when a bone marrow sample or transplant was necessary, the procedure would have required inserting a large-bore needle into the region near the iliac crest of the pelvic bones (os coxae). This location was preferred, since its location close to the body surface makes it more accessible, and it is relatively isolated from most vital organs. Unfortunately, the procedure is quite painful.

Now, direct sampling of bone marrow can often be avoided. In many cases, stem cells can be isolated in just a few hours from a sample of a patient’s blood. The isolated stem cells are then grown in culture using the appropriate hemopoietic growth factors, and analyzed or sometimes frozen for later use.

For an individual requiring a transplant, a matching donor is essential to prevent the immune system from destroying the donor cells—a phenomenon known as tissue rejection. To treat patients with bone marrow transplants, it is first necessary to destroy the patient’s own diseased marrow through radiation and/or chemotherapy. Donor bone marrow stem cells are then intravenously infused. From the bloodstream, they establish themselves in the recipient’s bone marrow.

Through the process of hemopoiesis, the formed elements of blood are continually produced, replacing the relatively short-lived erythrocytes, leukocytes, and platelets. Hemopoiesis begins in the red bone marrow, with hemopoietic stem cells that differentiate into myeloid and lymphoid lineages. Myeloid stem cells give rise to most of the formed elements. Lymphoid stem cells give rise only to the various lymphocytes designated as B and T cells, and NK cells. Hemopoietic growth factors, including erythropoietin, thrombopoietin, colony-stimulating factors, and interleukins, promote the proliferation and differentiation of formed elements.

bone marrow transplant: treatment in which a donor’s healthy bone marrow with its stem cells replaces diseased or damaged bone marrow of a patient

colony-stimulating factors (CSFs): glycoproteins that trigger the proliferation and differentiation of myeloblasts into granular leukocytes (basophils, neutrophils, and eosinophils)

cytokines: class of proteins that act as autocrine or paracrine signaling molecules; in the cardiovascular system, they stimulate the proliferation of progenitor cells and help to stimulate both nonspecific and specific resistance to disease

erythropoietin (EPO): glycoprotein that triggers the bone marrow to produce RBCs; secreted by the kidney in response to low oxygen levels

hemocytoblast: hemopoietic stem cell that gives rise to the formed elements of blood

hemopoiesis: production of the formed elements of blood

interleukins: signaling molecules that may function in hemopoiesis, inflammation, and specific immune responses

lymphoid stem cells: type of hemopoietic stem cells that gives rise to lymphocytes, including various T cells, B cells, and NK cells, all of which function in immunity

myeloid stem cells: type of hemopoietic stem cell that gives rise to some formed elements, including erythrocytes, megakaryocytes that produce platelets, and a myeloblast lineage that gives rise to monocytes and three forms of granular leukocytes (neutrophils, eosinophils, and basophils)

totipotent stem cell: embryonic stem cell that is capable of differentiating into any and all cells of the body; enabling the full development of an organism

thrombopoietin: hormone secreted by the liver and kidneys that prompts the development of megakaryocytes into thrombocytes (platelets)