Interactions and Naming of Skeletal Muscles 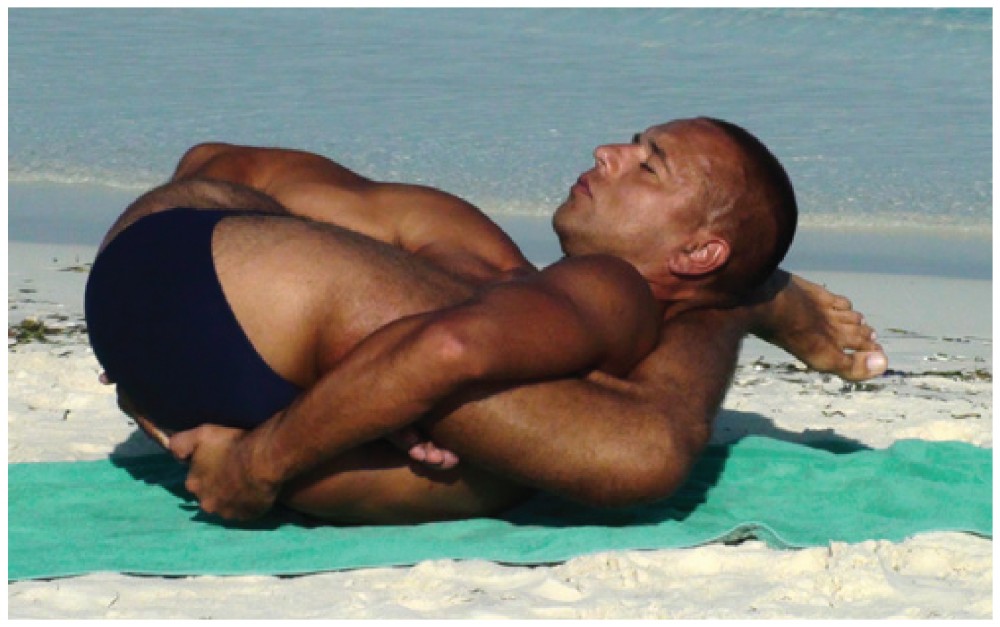 Figure 7.15. A Body in Motion
The muscular system allows us to move, flex and contort our bodies. Practicing yoga, as pictured here, is a good example of the voluntary use of the muscular system. (credit: Dmitry Yanchylenko)


Think about the things that you do each day—talking, walking, sitting, standing, and running—all of these activities require movement of particular skeletal muscles. Skeletal muscles are even used during sleep. The diaphragm is a sheet of skeletal muscle that has to contract and relax for you to breathe day and night. If you recall from your study of the skeletal system and joints, body movement occurs around the joints in the body. The focus of this chapter is on skeletal muscle organization. The system to name skeletal muscles will be explained; in some cases, the muscle is named by its shape, and in other cases it is named by its location or attachments to the skeleton. If you understand the meaning of the name of the muscle, often it will help you remember its location and/or what it does. This chapter also will describe how skeletal muscles are arranged to accomplish movement, and how other muscles may assist, or be arranged on the skeleton to resist or carry out the opposite movement. The actions of the skeletal muscles will be covered in a regional manner, working from the head down to the toes.

Interactions of Skeletal Muscles and Their Lever Systems

To move the skeleton, the tension created by the contraction of the fibers in most skeletal muscles is transferred to the tendons. The tendons are strong bands of dense, regular connective tissue that connect muscles to bones. The bone connection is why this muscle tissue is called skeletal muscle.

Interactions of Skeletal Muscles in the Body

To pull on a bone, that is, to change the angle at its synovial joint, which essentially moves the skeleton, a skeletal muscle must also be attached to a fixed part of the skeleton. The moveable end of the muscle that attaches to the bone being pulled is called the muscle’s insertion, and the end of the muscle attached to a fixed (stabilized) bone is called the origin. During forearm flexion—bending the elbow—the brachioradialis assists the brachialis. 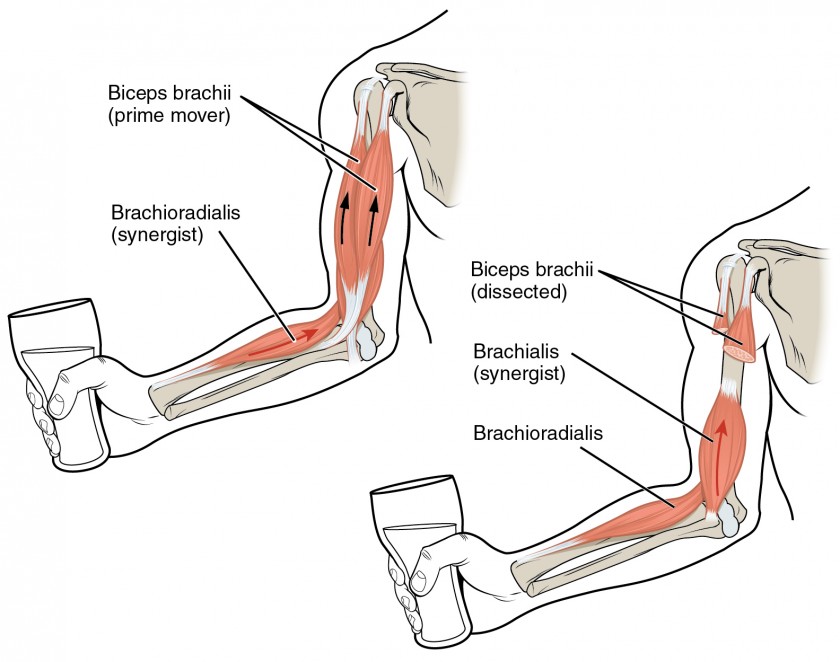 Figure 7.16. Prime Movers and Synergists
The biceps brachii flex the lower arm. The brachoradialis, in the forearm, and brachialis, located deep to the biceps in the upper arm, are both synergists that aid in this motion.
A muscle with the opposite action of the prime mover is called an antagonist. Antagonists play two important roles in muscle function: (1) they maintain body or limb position, such as holding the arm out or standing erect; and (2) they control rapid movement, as in shadow boxing without landing a punch or the ability to check the motion of a limb.

For example, to extend the knee, a group of four muscles called the quadriceps femoris in the anterior compartment of the thigh are activated (and would be called the agonists of knee extension). However, to flex the knee joint, an opposite or antagonistic set of muscles called the hamstrings is activated.

There are also skeletal muscles that do not pull against the skeleton for movements. For example, there are the muscles that produce facial expressions. The insertions and origins of facial muscles are in the skin, so that certain individual muscles contract to form a smile or frown, form sounds or words, and raise the eyebrows. There also are skeletal muscles in the tongue, and the external urinary and anal sphincters that allow for voluntary regulation of urination and defecation, respectively. In addition, the diaphragm contracts and relaxes to change the volume of the pleural cavities but it does not move the skeleton to do this.

When exercising, it is important to first warm up the muscles. Stretching pulls on the muscle fibers and it also results in an increased blood flow to the muscles being worked. Without a proper warm-up, it is possible that you may either damage some of the muscle fibers or pull a tendon. A pulled tendon, regardless of location, results in pain, swelling, and diminished function; if it is moderate to severe, the injury could immobilize you for an extended period.

Recall the discussion about muscles crossing joints to create movement. Most of the joints you use during exercise are synovial joints, which have synovial fluid in the joint space between two bones. Exercise and stretching may also have a beneficial effect on synovial joints. Synovial fluid is a thin, but viscous film with the consistency of egg whites. When you first get up and start moving, your joints feel stiff for a number of reasons. After proper stretching and warm-up, the synovial fluid may become less viscous, allowing for better joint function.


The Greeks and Romans conducted the first studies done on the human body in Western culture. The educated class of subsequent societies studied Latin and Greek, and therefore the early pioneers of anatomy continued to apply Latin and Greek terminology or roots when they named the skeletal muscles. The large number of muscles in the body and unfamiliar words can make learning the names of the muscles in the body seem daunting, but understanding the etymology can help. Etymology is the study of how the root of a particular word entered a language and how the use of the word evolved over time. Taking the time to learn the root of the words is crucial to understanding the vocabulary of anatomy and physiology. When you understand the names of muscles it will help you remember where the muscles are located and what they do (Figure 7.17, Figure 7.18, and Table 7.2). Pronunciation of words and terms will take a bit of time to master, but after you have some basic information; the correct names and pronunciations will become easier.

Figure 7.18. Understanding a Muscle Name from the Latin
Anatomists name the skeletal muscles according to a number of criteria, each of which describes the muscle in some way. These include naming the muscle after its shape, its size compared to other muscles in the area, its location in the body or the location of its attachments to the skeleton, how many origins it has, or its action.

The skeletal muscle’s anatomical location or its relationship to a particular bone often determines its name. For example, the frontalis muscle is located on top of the frontal bone of the skull. Similarly, the shapes of some muscles are very distinctive and the names, such as orbicularis, reflect the shape. For the buttocks, the size of the muscles influences the names: gluteus maximus (largest), gluteus medius (medium), and the gluteus minimus (smallest). Names were given to indicate length— brevis (short), longus (long)—and to identify position relative to the midline: lateralis (to the outside away from the midline), and medialis (toward the midline). The direction of the muscle fibers and fascicles are used to describe muscles relative to the midline, such as the rectus (straight) abdominis, or the oblique (at an angle) muscles of the abdomen.

Some muscle names indicate the number of muscles in a group. One example of this is the quadriceps, a group of four muscles located on the anterior (front) thigh. Other muscle names can provide information as to how many origins a particular muscle has, such as the biceps brachii. The prefix bi indicates that the muscle has two origins and tri indicates three origins.

The location of a muscle’s attachment can also appear in its name. When the name of a muscle is based on the attachments, the origin is always named first. For instance, the sternocleidomastoid muscle of the neck has a dual origin on the sternum (sterno) and clavicle (cleido), and it inserts on the mastoid process of the temporal bone. The last feature by which to name a muscle is its action. When muscles are named for the movement they produce, one can find action words in their name. Some examples are flexor (decreases the angle at the joint), extensor (increases the angle at the joint), abductor (moves the bone away from the midline), or adductor (moves the bone toward the midline).

Classification of Skeletal Muscles Anatomy of the Muscular System.docx

Names of Skeletal Muscles Skeletal muscles are named based on.docx

Pages 325 330:Interactions of Skeletal Muscles in the Body

The Anatomy of Skeletal Muscles.docx