After deciding which main points and sub-points you must include, you can get to work writing up the speech. Before you do so, however, it is helpful to consider how you will organize the ideas. From presenting historical information in chronological order as part of an informative speech to drawing a comparison between two ideas in a persuasive speech to offering up problems and solutions, there are many ways in which speakers can craft effective speeches. These are referred to as organizational styles, or templates for organizing the main points of a speech.

When you speak about events that are linked together by time, it is sensible to engage the chronological organization style. In a chronological speech, main points are delivered according to when they happened and could be traced on a calendar or clock. Arranging main points in chronological order can be helpful when describing historical events to an audience as well as when the order of events is necessary to understand what you wish to convey. Informative speeches about a series of events most commonly engage the chronological style, as do many demonstrative speeches (e.g., how to bake a cake or build an airplane). Another time when the chronological style makes sense is when you tell the story of someone’s life or career. For instance, a speech about Oprah Winfrey might be arranged chronologically (see textbox). In this case, the main points are arranged by following Winfrey’s life from birth to the present time. Life events (e.g., birth, her early career, her life after ending the Oprah Winfrey Show) are connected together according to when they happened and highlight the progression of Winfrey’s career. Organizing the speech in this way illustrates the interconnectedness of life events.

I. Oprah’s childhood was spent in rural Mississippi, where she endured sexual abuse from family members.

II. Oprah’s early career was characterized by stints on local radio and television networks in Nashville and Chicago.

III. Oprah’s tenure as host of the Oprah Winfrey Show began in 1986 and lasted until 2011, a period of time marked by much success.

IV. Oprah’s most recent media venture is OWN: The Oprah Winfrey Network, which plays host to a variety of television shows including Oprah’s Next Chapter.


Doing the best at this moment puts you in the best place for the next moment. ~ Oprah Winfrey

When the main points of your speech center on ideas that are more distinct from one another, a topical organization style may be engaged. In a topical speech, main points are developed separately and are generally connected together within the introduction and conclusion. In other words, the topical style is crafted around main points and sub-points that are mutually exclusive but related to one another by virtue of the thesis. It makes sense to use the topical style when elements are connected to one another because of their relationship to the whole. A topical speech about the composition of a newspaper company can be seen in the following textbox. The main points are linked together by the fact that they are all a part of the same business. Although they are related in that way, the topical style illustrates the ways in which the four different departments function apart from one another. In this example, the topical style is a good fit because the four departments are equally important to the function of the newspaper company.

I. The advertising department sells display advertisements to local and national businesses.

II. The editorial department produces the written content of the newspaper, including feature stories.

III. The production department lays out the pages and manages pre- press work such as distilling the pages and processing colors.

Another way to organize the points of a speech is through a spatial speech, which arranges main points according to their physical and geographic relationships. The spatial style is an especially useful organization style when the main point’s importance is derived from its location or directional focus. In other words, when the scene or the composition is a central aspect of the main points, the spatial style is an appropriate way to deliver key ideas. Things can be described from top to bottom, inside to outside, left to right, north to south, and so on. Importantly, speakers using a spatial style should offer commentary about the placement of the main points as they move through the speech, alerting audience members to the location changes. For instance, a speech about The University of Georgia might be arranged spatially; in this example, the spatial organization frames the discussion in terms of the campus layout. The spatial style is fitting since the differences in architecture and uses of space are related to particular geographic areas, making location a central organizing factor. As such, the spatial style highlights these location differences.

Thesis: The University of Georgia is arranged into four distinct sections, which are characterized by architectural and disciplinary differences.

I. In North Campus, one will find the University’s oldest building, a sprawling tree- lined quad, and the famous Arches, all of which are nestled against Athens’ downtown district.

II. In West Campus, dozens of dormitories provide housing for the University’s large undergraduate population and students can regularly be found lounging outside or at one of the dining halls. 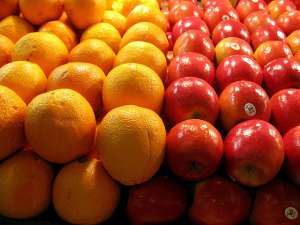 When you need to discuss the similarities and differences between two or more things, a comparative organizational pattern can be employed. In comparative speeches, speakers may choose to compare things a couple different ways. First, you could compare two or more things as whole (e.g., discuss all traits of an apple and then all traits of an orange). Second, you could compare these things element by element (e.g., color of each, smell of each, AND taste of each). Some topics that are routinely spoken about comparatively include different cultures, different types of transportation, and even different types of coffee. A comparative speech outline about eastern and western cultures could look like this.

Thesis: There are a variety of differences between Eastern and Western cultures.

I. Eastern cultures tend to be more collectivistic.


In this type of speech, the list of comparisons, which should be substantiated with further evidence, could go on for any number of main points. The speech could also compare how two or more things are more alike than one might think. For instance, a speaker could discuss how singers Madonna and Lady Gaga share many similarities both in aesthetic style and in their music.

Sometimes it is necessary to share a problem and a solution with an audience. In cases like these, the problem-solution speech is an appropriate way to arrange the main points of a speech. One familiar example of speeches organized in this way is the political speeches that presidential hopefuls give in the United States. Often, candidates will begin their speech by describing a problem created by or, at the very least, left unresolved by the incumbent. Once they have established their view of the problem, they then go on to flesh out their proposed solution. The problem- solution style is especially useful when the speaker wants to convince the audience that they should take action in solving some problem. A political candidate seeking office might frame a speech using the problem-solution style (see textbox).

Thesis: The US energy crisis can be solved by electing me as president since I will devote resources to the production of renewable forms of energy.

I. The United States is facing an energy crisis because we cannot produce enough energy ourselves to sustain the levels of activity needed to run the country. (problem)

III. We can help create a more stable situation if we work to produce renewable forms of energy within the United States. (solution)

IV. If you vote for me, I will ensure that renewable energy creation is a priority. (solution)


The difference between what we do and what we are capable of doing would suffice to solve most of the world’s problems. ~ Mahatma Gandhi

This example illustrates the way in which a problem-solution oriented speech can be used to identify both a general problem (energy crisis) and a specific problem (incumbent’s lack of action). Moreover, this example highlights two kinds of solutions: a general solution and a solution that is dependent on the speaker’s involvement. The problem-solution speech is especially appropriate when the speaker desires to promote a particular solution as this offers audience members a way to become involved. Whether you are able to offer a specific solution or not, key to the problem-solution speech is a clear description of both the problem and the solution with clear links drawn between the two. In other words, the speech should make specific connections between the problem and how the solution can be engaged to solve it. 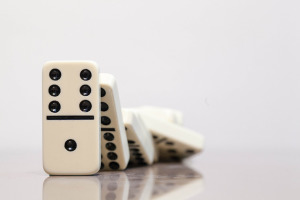 Similar to a problem-solution speech, a causal speech informs audience members about causes and effects that have already happened. In other words, a causal organization style first addresses some cause and then shares what effects resulted. A causal speech can be particularly effective when the speaker wants to share the relationship between two things, like the creation of a vaccine to help deter disease. An example of how a causal speech about a shingles vaccine might be designed follows:

As the example illustrates, the basic components of the causal speech are the cause and the effect. Such an organizational style is useful when a speaker needs to share the results of a new program, discuss how one act led to another, or discuss the positive/negative outcomes of taking some action.

Thesis: The prevalence of the disease shingles led to the invention of a vaccine.


Every choice you make has an end result. ~ Zig Ziglar

Choosing an organizational style is an important step in the speechwriting process. As you formulate the purpose of your speech and generate the main points that you will need to include, selecting an appropriate organizational style will likely become easier. The topical, spatial, causal, comparative and chronological methods of arrangement may be better suited to informative speeches, whereas the refutation pattern may work well for a persuasive speech. Additionally, Chapter 16 offers additional organization styles suited for persuasive speeches, such as the refutation speech and Monroe’s Motivated Sequence.[2] Next, we will look at statements that help tie all of your points together and the formal mode of organizing a speech by using outlines.