Types of Speeches and Speaking Occasions 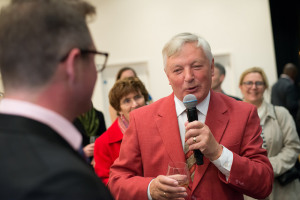 There are three general purposes for speaking in public. The general purpose of a speech is usually determined by the occasion in which the speech will be presented. The first general purpose is to inform your audience. In an informative speech, the presenter will share information about a particular person, place, object, process, concept, or issue by defining, describing, or explaining. Occasions for which an informative speech would be presented include a report presented to coworkers, a teacher presenting information to his or her class, and a training session for a job. The second purpose for public speaking is to persuade. In a persuasive speech, the presenter will attempt to reinforce or change their audiences' beliefs, attitudes, feelings, or values. Several occasions where persuasion is used include a sales pitch to potential customers, a politician's campaign speech, or a debate during a public forum. The last general purpose is to commemorate or entertain. These types of speeches often strengthen the bonds between audience members from recalling a shared experience or intend to amuse audiences through humor, stories, or illustrations. Examples of this purpose include a toast, such as a best man's speech at a wedding reception; a eulogy to praise the dead; a commencement speech at graduation; or presenting an award. It is important to note that these general purposes may overlap one another. One might wish to use some forms of entertainment while informing or persuading his or her audience.

A desire presupposes the possibility of action to achieve it; action presupposes a goal which is worth achieving. ~ Ayn Rand