Kinetic Theory: Atomic and Molecular Explanation of Pressure and Temperature 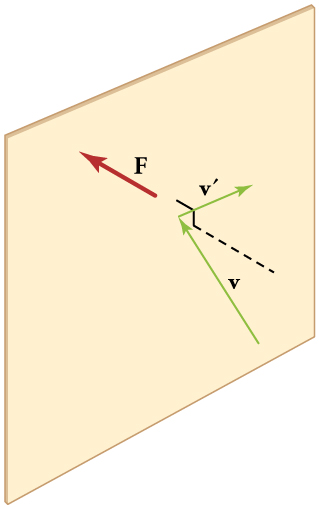 Figure 1. When a molecule collides with a rigid wall, the component of its momentum perpendicular to the wall is reversed. A force is thus exerted on the wall, creating pressure.

Making Connections: Things Great and Small—Atomic and Molecular Origin of Pressure in a Gas 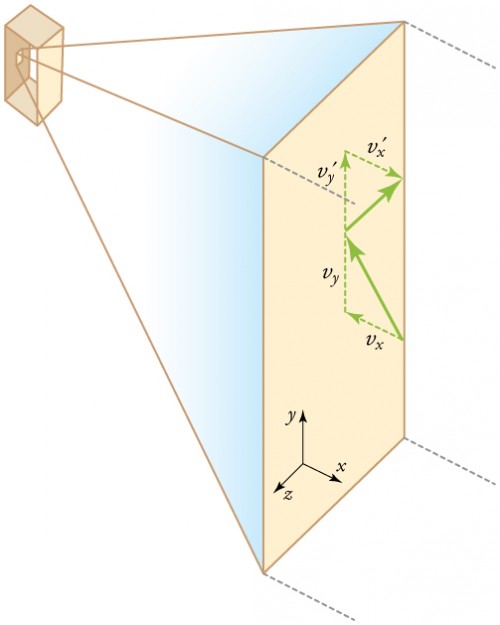 Figure 2 shows a box filled with a gas. We know from our previous discussions that putting more gas into the box produces greater pressure, and that increasing the temperature of the gas also produces a greater pressure. But why should increasing the temperature of the gas increase the pressure in the box? A look at the atomic and molecular scale gives us some answers, and an alternative expression for the ideal gas law.

The figure shows an expanded view of an elastic collision of a gas molecule with the wall of a container. Calculating the average force exerted by such molecules will lead us to the ideal gas law, and to the connection between temperature and molecular kinetic energy. We assume that a molecule is small compared with the separation of molecules in the gas, and that its interaction with other molecules can be ignored. We also assume the wall is rigid and that the molecule’s direction changes, but that its speed remains constant (and hence its kinetic energy and the magnitude of its momentum remain constant as well). This assumption is not always valid, but the same result is obtained with a more detailed description of the molecule’s exchange of energy and momentum with the wall.

If the molecule’s velocity changes in the x-direction, its momentum changes from −mvx to +mvx. Thus, its change in momentum is Δmv = + mvx −(−mvx) = 2mvx. The force exerted on the molecule is given by
F=ΔtΔp​=Δt2mvx​​
.


F=vx​2l​2mvx​​=lmvx​2​
This force is due to one molecule. We multiply by the number of molecules N and use their average squared velocity to find the force


F=Nlmvx​2​​
, where the bar over a quantity means its average value. We would like to have the force in terms of the speed v, rather than the x-component of the velocity. We note that the total velocity squared is the sum of the squares of its components, so that


v2=vx​2​+vy​2​+vz​2​
. Because the velocities are random, their average components in all directions are the same:


PV=31​Nmv2
This equation is another expression of the ideal gas law.

It is sometimes useful to rearrange
KE=21​mv2=23​kT
, and solve for the average speed of molecules in a gas in terms of temperature,

Example 1. Calculating Kinetic Energy and Speed of a Gas Molecule

The known in the equation for the average kinetic energy is the temperature.


v2​=vrms​=m3kT​​
but we must first find the mass of a nitrogen molecule. Using the molecular mass of nitrogen N2 from the periodic table,

Note that the average kinetic energy of the molecule is independent of the type of molecule. The average translational kinetic energy depends only on absolute temperature. The kinetic energy is very small compared to macroscopic energies, so that we do not feel when an air molecule is hitting our skin. The rms velocity of the nitrogen molecule is surprisingly large. These large molecular velocities do not yield macroscopic movement of air, since the molecules move in all directions with equal likelihood. The mean free path (the distance a molecule can move on average between collisions) of molecules in air is very small, and so the molecules move rapidly but do not get very far in a second. The high value for rms speed is reflected in the speed of sound, however, which is about 340 m/s at room temperature. The faster the rms speed of air molecules, the faster that sound vibrations can be transferred through the air. The speed of sound increases with temperature and is greater in gases with small molecular masses, such as helium. (See Figure 3.) 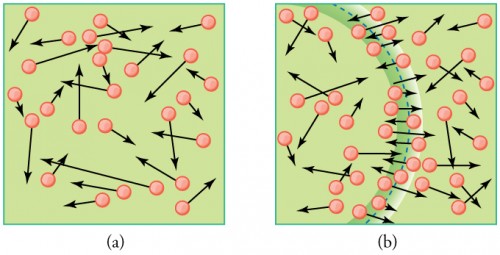 Figure 3. (a) There are many molecules moving so fast in an ordinary gas that they collide a billion times every second. (b) Individual molecules do not move very far in a small amount of time, but disturbances like sound waves are transmitted at speeds related to the molecular speeds.

The kinetic theory of gases was developed by Daniel Bernoulli (1700–1782), who is best known in physics for his work on fluid flow (hydrodynamics). Bernoulli’s work predates the atomistic view of matter established by Dalton.

The motion of molecules in a gas is random in magnitude and direction for individual molecules, but a gas of many molecules has a predictable distribution of molecular speeds. This distribution is called the Maxwell-Boltzmann distribution, after its originators, who calculated it based on kinetic theory, and has since been confirmed experimentally. (See Figure 4.) The distribution has a long tail, because a few molecules may go several times the rms speed. The most probable speed vp is less than the rms speed vrms. Figure 5 shows that the curve is shifted to higher speeds at higher temperatures, with a broader range of speeds. 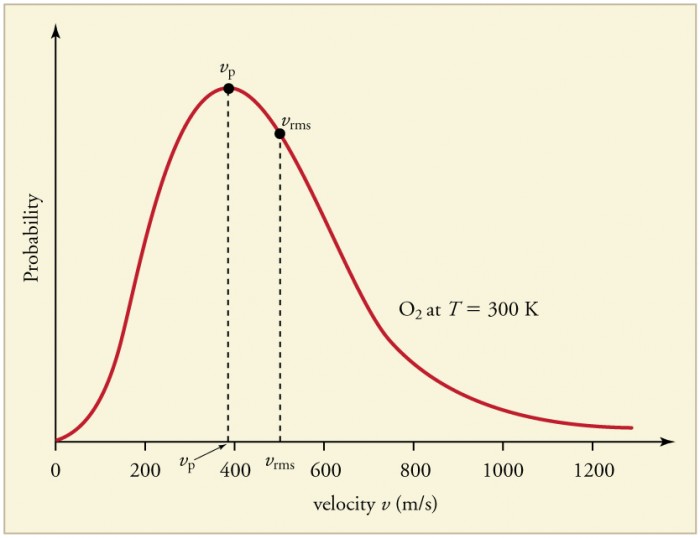 Figure 4. The Maxwell-Boltzmann distribution of molecular speeds in an ideal gas. The most likely speed vp is less than the rms speed vrms. Although very high speeds are possible, only a tiny fraction of the molecules have speeds that are an order of magnitude greater than vrms. 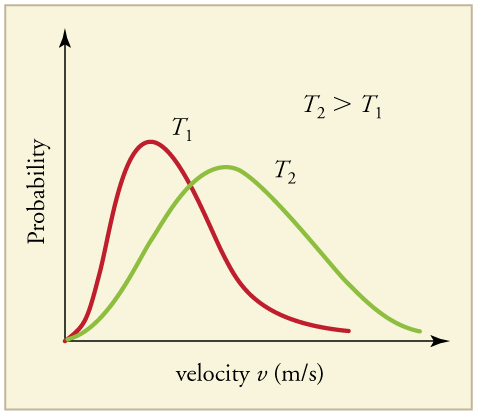 Figure 5. The Maxwell-Boltzmann distribution is shifted to higher speeds and is broadened at higher temperatures.

What is the implication of the change in distribution with temperature shown in Figure 5 for humans? All other things being equal, if a person has a fever, he or she is likely to lose more water molecules, particularly from linings along moist cavities such as the lungs and mouth, creating a dry sensation in the mouth.

In order to escape Earth’s gravity, an object near the top of the atmosphere (at an altitude of 100 km) must travel away from Earth at 11.1 km/s. This speed is called the escape velocity. At what temperature would helium atoms have an rms speed equal to the escape velocity?

Identify the knowns and unknowns and determine which equations to use to solve the problem.

Identify the knowns: v is the escape velocity, 11.1 km/s.

Determine which equations are needed. To solve for mass m of the helium atom, we can use information from the periodic table:


m=number of atoms per molemolar mass​
To solve for temperature T, we can rearrange either
KE=21​mv2=23​kT
or
v2​=vrms​=m3kT​​
to yield
T=3kmv2​
, where k is the Boltzmann constant and m is the mass of a helium atom.

Plug the known values into the equations and solve for the unknowns. 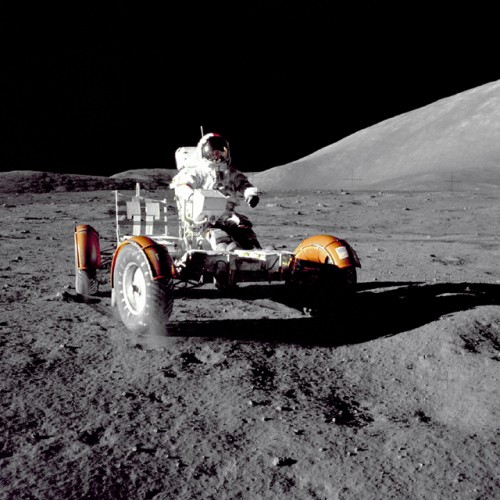 Figure 6. This photograph of Apollo 17 Commander Eugene Cernan driving the lunar rover on the Moon in 1972 looks as though it was taken at night with a large spotlight. In fact, the light is coming from the Sun. Because the acceleration due to gravity on the Moon is so low (about 1/6 that of Earth), the Moon’s escape velocity is much smaller. As a result, gas molecules escape very easily from the Moon, leaving it with virtually no atmosphere. Even during the daytime, the sky is black because there is no gas to scatter sunlight. (credit: Harrison H. Schmitt/NASA)

This temperature is much higher than atmospheric temperature, which is approximately 250 K (–25ºC or –10ºF) at high altitude. Very few helium atoms are left in the atmosphere, but there were many when the atmosphere was formed. The reason for the loss of helium atoms is that there are a small number of helium atoms with speeds higher than Earth’s escape velocity even at normal temperatures. The speed of a helium atom changes from one instant to the next, so that at any instant, there is a small, but nonzero chance that the speed is greater than the escape speed and the molecule escapes from Earth’s gravitational pull. Heavier molecules, such as oxygen, nitrogen, and water (very little of which reach a very high altitude), have smaller rms speeds, and so it is much less likely that any of them will have speeds greater than the escape velocity.

In fact, so few have speeds above the escape velocity that billions of years are required to lose significant amounts of the atmosphere. Figure 6 shows the impact of a lack of an atmosphere on the Moon. Because the gravitational pull of the Moon is much weaker, it has lost almost its entire atmosphere. The comparison between Earth and the Moon is discussed in this chapter’s Problems and Exercises.

If you consider a very small object such as a grain of pollen, in a gas, then the number of atoms and molecules striking its surface would also be relatively small. Would the grain of pollen experience any fluctuations in pressure due to statistical fluctuations in the number of gas atoms and molecules striking it in a given amount of time?

Yes. Such fluctuations actually occur for a body of any size in a gas, but since the numbers of atoms and molecules are immense for macroscopic bodies, the fluctuations are a tiny percentage of the number of collisions, and the averages spoken of in this section vary imperceptibly. Roughly speaking the fluctuations are proportional to the inverse square root of the number of collisions, so for small bodies they can become significant. This was actually observed in the 19th century for pollen grains in water, and is known as the Brownian effect.

Pump gas molecules into a box and see what happens as you change the volume, add or remove heat, change gravity, and more. Measure the temperature and pressure, and discover how the properties of the gas vary in relation to each other. 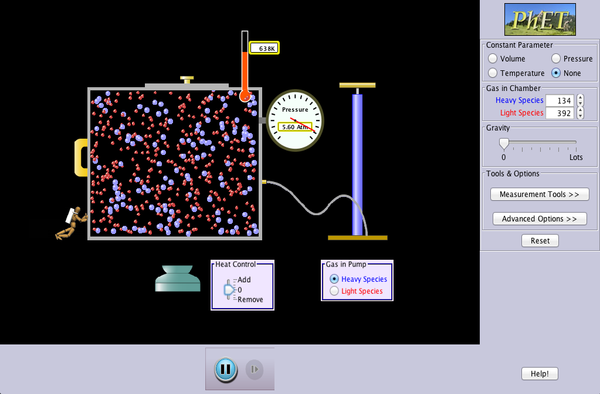 13.4 Kinetic Theory_ Atomic and Molecular Explanation of Pressure and Temperature.docx

POGIL and other resources too Pressure and KMT.docx

PHYSICS 3B •  University of California, Irvine

FILIPINO 123 •  Technological Institute of the Philippines

LECTURE 3-Kinetic Theory of Gases and the Boltzmann-Maxwell - Boltzmann distributions.pdf