Speed of Sound, Frequency, and Wavelength 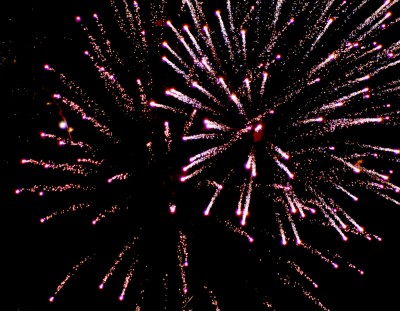 Figure 1. When a firework explodes, the light energy is perceived before the sound energy. Sound travels more slowly than light does. (credit: Dominic Alves, Flickr)

Sound, like all waves, travels at a certain speed and has the properties of frequency and wavelength. You can observe direct evidence of the speed of sound while watching a fireworks display. The flash of an explosion is seen well before its sound is heard, implying both that sound travels at a finite speed and that it is much slower than light. You can also directly sense the frequency of a sound. Perception of frequency is called pitch. The wavelength of sound is not directly sensed, but indirect evidence is found in the correlation of the size of musical instruments with their pitch. Small instruments, such as a piccolo, typically make high-pitch sounds, while large instruments, such as a tuba, typically make low-pitch sounds. High pitch means small wavelength, and the size of a musical instrument is directly related to the wavelengths of sound it produces. So a small instrument creates short-wavelength sounds. Similar arguments hold that a large instrument creates long-wavelength sounds.

The relationship of the speed of sound, its frequency, and wavelength is the same as for all waves: vw = fλ, where vw is the speed of sound, f is its frequency, and λ is its wavelength. The wavelength of a sound is the distance between adjacent identical parts of a wave—for example, between adjacent compressions as illustrated in Figure 2. The frequency is the same as that of the source and is the number of waves that pass a point per unit time. 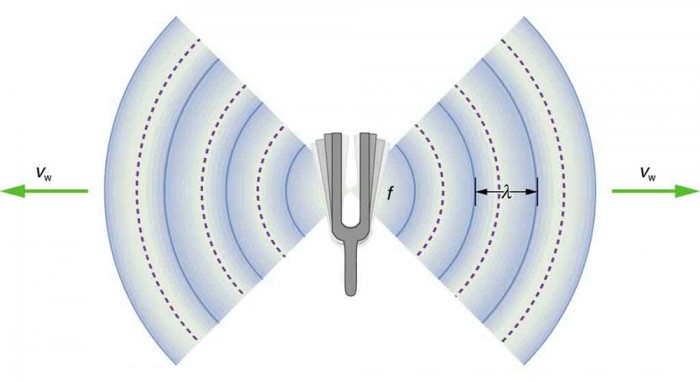 Figure 2. A sound wave emanates from a source vibrating at a frequency f, propagates at Vw, and has a wavelength λ.

Earthquakes, essentially sound waves in Earth’s crust, are an interesting example of how the speed of sound depends on the rigidity of the medium. Earthquakes have both longitudinal and transverse components, and these travel at different speeds. The bulk modulus of granite is greater than its shear modulus. For that reason, the speed of longitudinal or pressure waves (P-waves) in earthquakes in granite is significantly higher than the speed of transverse or shear waves (S-waves). Both components of earthquakes travel slower in less rigid material, such as sediments. P-waves have speeds of 4 to 7 km/s, and S-waves correspondingly range in speed from 2 to 5 km/s, both being faster in more rigid material. The P-wave gets progressively farther ahead of the S-wave as they travel through Earth’s crust. The time between the P- and S-waves is routinely used to determine the distance to their source, the epicenter of the earthquake.


vw​=(331 m/s)273 KT​​
, where the temperature (denoted as T ) is in units of kelvin. The speed of sound in gases is related to the average speed of particles in the gas, vrms, and that


vrms​=m3kT​​
, where k is the Boltzmann constant (1.38 × 10−23 J/K) and m is the mass of each (identical) particle in the gas. So, it is reasonable that the speed of sound in air and other gases should depend on the square root of temperature. While not negligible, this is not a strong dependence. At 0ºC , the speed of sound is 331 m/s, whereas at 20.0ºC it is 343 m/s, less than a 4% increase. Figure 3 shows a use of the speed of sound by a bat to sense distances. Echoes are also used in medical imaging. 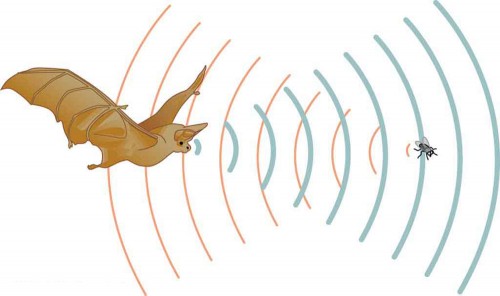 Figure 3. A bat uses sound echoes to find its way about and to catch prey. The time for the echo to return is directly proportional to the distance.

One of the more important properties of sound is that its speed is nearly independent of frequency. This independence is certainly true in open air for sounds in the audible range of 20 to 20,000 Hz. If this independence were not true, you would certainly notice it for music played by a marching band in a football stadium, for example. Suppose that high-frequency sounds traveled faster—then the farther you were from the band, the more the sound from the low-pitch instruments would lag that from the high-pitch ones. But the music from all instruments arrives in cadence independent of distance, and so all frequencies must travel at nearly the same speed. Recall that

In a given medium under fixed conditions, vw is constant, so that there is a relationship between f and λ; the higher the frequency, the smaller the wavelength. See Figure 4 and consider the following example. 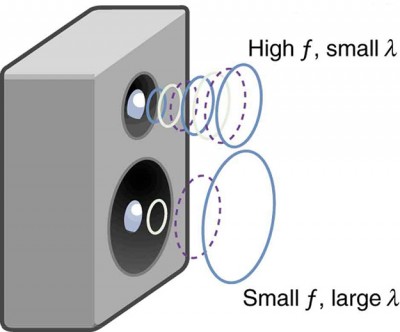 Example 1. Calculating Wavelengths: What Are the Wavelengths of Audible Sounds?

Calculate the wavelengths of sounds at the extremes of the audible range, 20 and 20,000 Hz, in 30.0ºC air. (Assume that the frequency values are accurate to two significant figures.)

To find wavelength from frequency, we can use vw = fλ.

1. Identify knowns. The value for vw, is given by


λ=fvw​​
. 4. Enter the speed and the minimum frequency to give the maximum wavelength:

Because the product of f multiplied by λ equals a constant, the smaller f is, the larger λ must be, and vice versa.

You observe two musical instruments that you cannot identify. One plays high-pitch sounds and the other plays low-pitch sounds. How could you determine which is which without hearing either of them play?

pitch: the perception of the frequency of a sound

9. (a) 7.70 m; (b) This means that sonar is good for spotting and locating large objects, but it isn’t able to resolve smaller objects, or detect the detailed shapes of objects. Objects like ships or large pieces of airplanes can be found by sonar, while smaller pieces must be found by other means.

11. (a) 18.0 ms, 17.1 ms; (b) 5.00%; (c) This uncertainty could definitely cause difficulties for the bat, if it didn’t continue to use sound as it closed in on its prey. A 5% uncertainty could be the difference between catching the prey around the neck or around the chest, which means that it could miss grabbing its prey.

Chapter 4 PHYSICS OF HEARING by Tsion.pptx

PHYSICS 101 •  The University of Sydney

ULTRASONIC TESTING and the Response of Materials.pptx