Figure 1. Faraday’s apparatus for demonstrating that a magnetic field can produce a current. A change in the field produced by the top coil induces an emf and, hence, a current in the bottom coil. When the switch is opened and closed, the galvanometer registers currents in opposite directions. No current flows through the galvanometer when the switch remains closed or open.

An experiment easily performed and often done in physics labs is illustrated in Figure 2. An emf is induced in the coil when a bar magnet is pushed in and out of it. Emfs of opposite signs are produced by motion in opposite directions, and the emfs are also reversed by reversing poles. The same results are produced if the coil is moved rather than the magnet—it is the relative motion that is important. The faster the motion, the greater the emf, and there is no emf when the magnet is stationary relative to the coil.

Figure 2. Movement of a magnet relative to a coil produces emfs as shown. The same emfs are produced if the coil is moved relative to the magnet. The greater the speed, the greater the magnitude of the emf, and the emf is zero when there is no motion.

The method of inducing an emf used in most electric generators is shown in Figure 3. A coil is rotated in a magnetic field, producing an alternating current emf, which depends on rotation rate and other factors that will be explored in later sections. Note that the generator is remarkably similar in construction to a motor (another symmetry). 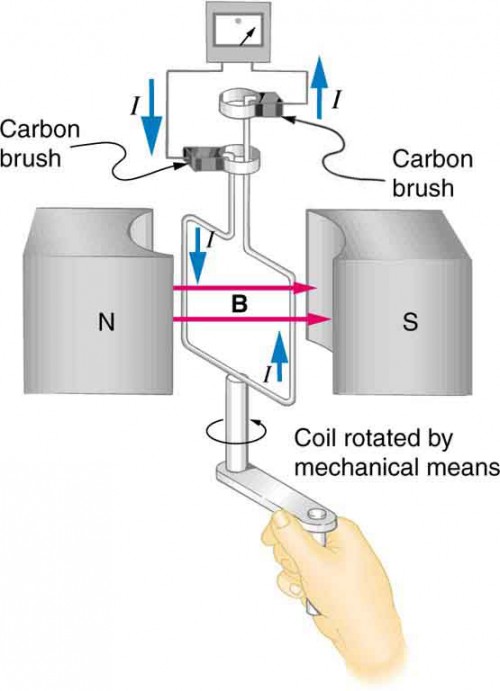 Figure 3. Rotation of a coil in a magnetic field produces an emf. This is the basic construction of a generator, where work done to turn the coil is converted to electric energy. Note the generator is very similar in construction to a motor.

So we see that changing the magnitude or direction of a magnetic field produces an emf. Experiments revealed that there is a crucial quantity called the magnetic flux, Φ, given by 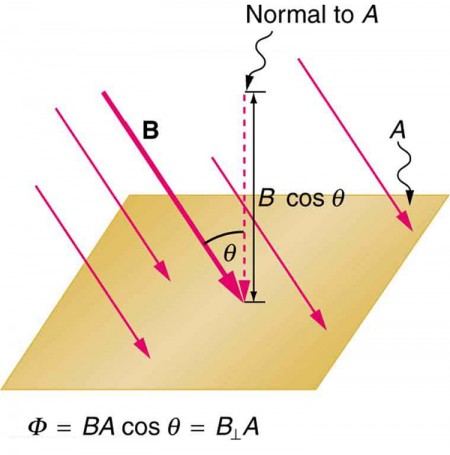 Figure 4. Magnetic flux Φ is related to the magnetic field and the area over which it exists. The flux Φ = BA cos θ is related to induction; any change in Φ induces an emf.

All induction, including the examples given so far, arises from some change in magnetic flux Φ. For example, Faraday changed B and hence Φ when opening and closing the switch in his apparatus (shown in Figure 1). This is also true for the bar magnet and coil shown in Figure 2. When rotating the coil of a generator, the angle θ and, hence, Φ is changed. Just how great an emf and what direction it takes depend on the change in Φ and how rapidly the change is made, as examined in the next section.

1. How do the multiple-loop coils and iron ring in the version of Faraday’s apparatus shown in Figure 1 enhance the observation of induced emf?

3. Explain how magnetic flux can be zero when the magnetic field is not zero.

4. Is an emf induced in the coil in Figure 5 when it is stretched? If so, state why and give the direction of the induced current.

Figure 5. A circular coil of wire is stretched in a magnetic field.

Figure 6. (a) The planes of the two coils are perpendicular. (b) The wire is perpendicular to the plane of the coil.

2. What is the value of the magnetic flux through the coil in Figure 6(b) due to the wire?

magnetic flux:
the amount of magnetic field going through a particular area, calculated with Φ = BA cos θ where B is the magnetic field strength over an area A at an angle θ with the perpendicular to the area

electromagnetic induction:
the process of inducing an emf (voltage) with a change in magnetic flux