If I can get you to laugh with me, you like me better, which makes you more open to my ideas. And if I can persuade you to laugh at the particular point I make, by laughing at it you acknowledge its truth. ~ John Cleese

When choosing a topic for your persuasive speech, it is crucial to consider the composition of your audience. Because persuasive speeches are intended to influence or reinforce an audience’s thoughts or behaviors, speakers must consider what and how the audience thinks, feels, and does. Your audience might be ambivalent about your topic, or they may be strongly opposed, in strong agreement, or somewhere along the spectrum. In persuasive speeches, it matters where they fall on this continuum. For instance, if you want to argue that abortion should be illegal and your audience is composed of pro-life advocates, your speech might seem like you are preaching to the choir. But if your audience is made up of staunch pro-choice activists, your speech would be raising a significant objection to a set of beliefs, values, attitudes, and actions the audience was already committed to. 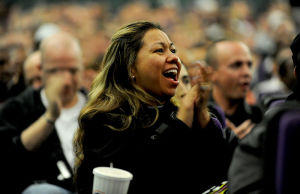 Decaro, Adams and Jefferis offer advice for carrying out a thorough audience analysis in Chapter 5 of this book. Some questions you might ask before giving a speech include, “Who is hosting the speech?” Often this can provide a great deal of information about who will be in the audience. Audience members at a National Rifle Association gathering probably do not need to be convinced that the Second Amendment to the U.S. Constitution— the right to keep and bear arms—is worth upholding. You should also ask, “Is the audience fairly heterogeneous?” In a public speaking class, you may be able to gauge that through your interactions with your fellow classmates before you make your way to the podium; but in other settings this may not be the case. If an organization is sponsoring or has invited you to speak, this is a question that can be directed to organizational staff with access to demographic information. Some demographics that may be useful as you craft your speech include age, gender, sexual orientation, ethnic or cultural background, socioeconomic status, religion, and political affiliation. Each of these characteristics is known to influence a listener’s beliefs, attitudes, values, and actions. 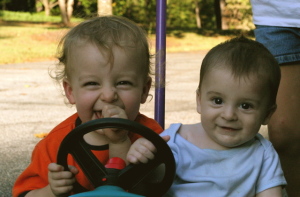 Persuasive speakers will not generally address an audience that already fully agrees with them and is behaving in the way they would like, because that audience no longer needs to be persuaded. However, you may find yourself in situations that allow you to appeal to a receptive audience which already knows something about your topic and is generally supportive of, or open to, the point you are trying to make. For example, parents are generally interested in keeping their children safe. If you seek to persuade them that they should work with their kids to prevent them from being taken advantage of on social networking sites, they are likely to welcome what you have to say. Although they are already convinced that it is important to keep their children safe, this audience may not yet be persuaded that they have the need or ability to keep their kids safe in an online environment. In order to persuade this receptive audience, you should first attempt to foster identification with them by highlighting things you have in common. If you are a parent you might say something like, “I have two children and one of my biggest concerns is making sure they are safe.” If you are not a parent you might say, “one of the things I appreciate most about my parents is that I know they are always trying to keep me safe.” With these statements, you not only relate to the audience, but also demonstrate that you share a common concern.

If you would persuade, you must appeal to interest rather than intellect. ~ Benjamin Franklin

Next, offer a clear statement of purpose and tell the audience what you would like them to do in response to your message. If the audience is already likely to agree with your point, they will be looking for ways to act on it. Offer practical steps that they can take. Even if the steps must be carried out later (i.e. the parents in our example may have to wait to get home and start talking with their child about social networking habits), give them a way to respond to the message immediately and show their support. In this case you may have them write down the first thing they will say to their child, or practice saying it to the person next to them. Having them act on your message before leaving reinforces their already favorable response to what you are asking.[6]

I swore never to be silent whenever and wherever human beings endure suffering and humiliation. We must always take sides. Neutrality helps the oppressor, never the victim. Silence encourages the tormentor, never the tormented. ~ Elie Wiesel 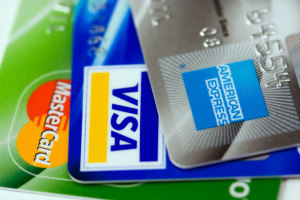 Most of the groups that a persuasive speaker addresses are neutral audiences. These audiences are not passionate about the topic or speaker, often because they do not have enough information or because they are not aware that they should be concerned. Beebe & Beebe explain that the challenge in addressing a neutral audience is to foster their interest in your proposition.[7] They offer a few tips for cultivating interest in a neutral audience. Begin by gaining their attention. To do this you might offer a story or statistic that relates the topic directly to the dominant demographic in the audience. If you are trying to convince first-year college students to avoid credit card solicitors on campus you might start with something like, “I know those t-shirts the credit card vendors are handing out are stylish and, best of all, free! But that t-shirt could cost you thousands of dollars before you even graduate.” Rather than beginning with a diatribe on the evils of debt, which many of them may not yet have experienced, you relate to their desire for a free t-shirt and a common belief they are likely to share, that “free” should not translate to “expensive.” If you cannot relate the topic directly to the audience, another approach is to relate the topic to someone they care about, like a family member or friend. Keep in mind that, while the receptive audience may be eager to respond immediately, the neutral audience may simply be more concerned about the topic or more inclined to consider the behavior change you are advocating.[8] In this case, consider offering resources for more information, or a few minor steps they can take when they are ready.

He who dreads hostility too much is unfit to rule. ~ Lucius Annaeus Seneca

Unfortunately, some audiences may be resistant or even hostile to your persuasive speech. A hostile audience may take issue with your topic or with you as a speaker. In this case, your primary goal is to persuade the audience to listen to what you have to say.[9] Once they are willing to listen, then you will have the ability to change their minds in the future. Later in this chapter we will address ways that you can foster a better relationship with the audience by building your ethos. However, if the audience is opposed to your proposition, there are a few steps that you can take to encourage them to at least hear you out. If the audience is not likely to agree with your proposition, wait until later in the speech to offer it. Opening with a clear statement of purpose, which a receptive audience welcomes, will make an unreceptive audience more hostile to your goals. For example, if you begin by telling business owners that you think they should pay workers more, they are likely to think of all the reasons that will threaten their livelihood rather than listening to your message. Instead, begin by highlighting issues on which you agree. You might open with a discussion of the challenges businesses face in attempting to retain quality workers and increase productivity.

I have spent many years of my life in opposition, and I rather like the role. ~ Eleanor Roosevelt

Once you have identified areas of agreement, you can offer your proposition as a way of addressing your shared goals. To promote an increase in wages, you might explain that a study of more than 10,000 workers and managers in a variety of industries demonstrated that companies who pay their workers more were also more motivated to invest in new technology, enhance their management techniques, better train workers, and better deliver their services, all of which lead to higher productivity and increased profits.[10] Focusing on areas of agreement will make the audience more receptive to your proposition, but they will still hold some reservations. Acknowledge those reservations and demonstrate that you have given them ample consideration. Cite credible evidence that supports your proposition in light of those reservations. Showing that you understand and respect their opposing position is the most important step toward encouraging a hostile audience to at least hear you out.