Everything we hear is an opinion, not a fact. Everything we see is a perspective, not the truth. ~ Marcus Aurelius

Questions of fact ask whether something “can potentially be verified as either true or false.”[19] These questions can seem very straightforward—something is or it is not—but in reality, the search for truth is a complex endeavor. Questions of fact rarely address simple issues such as, “is the sky blue?” They tend to deal with deep-seated controversies such as the existence of global warming, the cause of a major disaster, or someone’s guilt or innocence in a court of law. To answer these questions, a proposition of fact may focus on whether or not something exists. For example, in the U.S. there is a debate over the prevalence of racial profiling, the practice of law enforcement officers targeting people for investigation and arrest based on skin color. On one hand, the American Civil Liberties Union advances the proposition: “Racial profiling continues to be a prevalent and egregious form of discrimination in the United States.”[20] They verify this claim using data from government studies, crime statistics, and personal narratives. However, journalist Heather MacDonald proposes that studies confirming racial profiling are often based in “junk science”; in fact she says, “there’s no credible evidence that racial profiling exists.”[21] To substantiate her proposition, MacDonald relies on a study of traffic stops on the New Jersey turnpike along with personal narratives, policy analysis, and testimony from a criminologist. The claim that racial profiling exists is either true or false, but there is evidence for and against both propositions; therefore no consensus exists.

While some propositions of fact deal with the existence of a particular phenomenon or the accuracy of a theory, others focus on causality. For example, the U.S. government appointed a commission to evaluate the causes of the nation’s recent economic crisis. In their report the commission concluded by proposing that recklessness in the financial industry and failures on the part of government regulators caused the economic crisis. However, Congressman Paul Ryan has proposed that Medicare is to blame, and the chief investment officer at JP Morgan has proposed that U.S. housing policy is the root cause of the problem.[22] Each of these three propositions of fact is backed by its own set of historical and economic analysis. 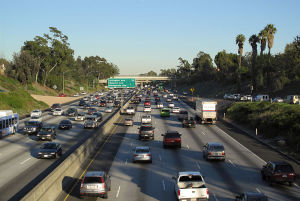 Propositions of fact may also be used to make predictions concerning what will happen in the future. In the summer of 2011, ten miles of a popular Southern California freeway were closed for an entire weekend. Motorists, news outlets, and government officials called the closure “Carmageddon” because they proposed there would be an “inevitable and likely epic traffic tie-up.”[23] As a result of the predictions motorists stayed off the roads and made alternative plans that weekend resulting in much lighter traffic than expected. The proposition may have been true, but the prediction was not fulfilled because people were persuaded to stay off the freeway.

When advancing propositions of fact, you should focus on the evidence you can offer in support of your proposition. First, make sure that your speech contains sufficient evidence to back up your proposition. Next, take the time to interpret that evidence so that it makes sense to your audience. Last, emphasize the relationship between your evidence and your proposition as well as its relevance to the audience.[24]

Bitter experience has taught us how fundamental our values are and how great the mission they represent. ~ Jan Peter Balkenende

Persuasive speakers may also be called to address questions of value, which call for a proposition judging the (relative) worth of something. These propositions make an evaluative claim regarding morality, aesthetics, wisdom, or desirability. For example, some vegetarians propose that eating meat is immoral because of the way that animals are slaughtered. Vegetarians may base this claim in a philosophy of utilitarianism or animal rights.[25] 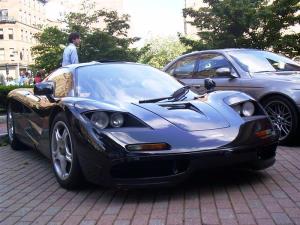 Sometimes a proposition of value compares multiple options to determine which is best. Consumers call for these comparisons regularly to determine which products to buy. Car buyers may look to the most recent Car and Driver “10 Best Cars” list to determine their next purchase. In labeling a car one of the best on the market for a given year, Car and Driver says that the cars “don’t have to be the newest, and they don’t have to be expensive . . . They just have to meet our abundant needs while satisfying our every want.”[26]

Both the vegetarian and car examples offer standards for evaluating the proposition. Since propositions of value tend to be more subjective, speakers need to establish evaluation criteria by which the audience can judge and choose to align with their position. When advancing a proposition of value, offer a clear set of criteria, offer evidence for your evaluation, and apply the evidence to demonstrate that you have satisfied the evaluation criteria.[27]

The 2005 disagreement between family members over removing a woman’s feeding tube after she had been in a coma for 15 years sparked a national debate over the value of life that highlights the importance of evaluation criteria. After years of failed medical treatments and rehabilitation attempts, Terri Schiavo’s husband petitioned the court to remove her feeding tube, initiating a legal battle with her parents that went all the way to the President of the United States.[28] Opposing sides in the debate both claimed to value life. To support his proposition that his wife had a right to die, Mr. Schaivo applied the evaluation criteria of quality of life and argued that she would not want to continue to live in a vegetative state.[29] Ms. Schiavo’s parents vehemently disagreed with his argument. They also claimed to value life and, with the support of religious groups, relied on the evaluation criteria of the sanctity of life to contend that she should be kept alive.[30] Both sides gained widespread support based on people’s agreement or disagreement with their evaluation criteria. Despite intervention on behalf of both state and federal legislators, the courts eventually ruled that Mr. Schiavo had the right to have his wife’s feeding tube removed and allow her to die.

A policy is a temporary creed liable to be changed, but while it holds good, it has got to be pursued with apostolic zeal. ~ Mahatma Gandhi

Although the Schiavo case was rooted in a question of value, the debate resulted in a question of policy. Questions of policy ask the speaker to advocate for an appropriate course of action. This form of persuasive speech is used every day in Congress to determine laws, but it is also used interpersonally to determine how we ought to behave. A proposition of policy may call for people to stop a particular behavior, or to start one. For example, some U.S. cities have started banning single use plastic bags in grocery stores. Long before official public policy on this issue was established, organizations such as The Surfrider Foundation and the Earth Resource Foundation advocated that people stop using these bags because of the damage plastic bags cause to marine life. In this case local governments and private organizations attempted to persuade people to stop engaging in a damaging behavior— shopping with single use plastic bags. However, the organizations also attempted to persuade people to start a new behavior—shopping with reusable bags.

When answering a question of policy, speakers will typically begin by describing the status quo. If you are arguing that a change must be made, you must first identify the problem inherent in the current behavior, and then demonstrate that the problem is significant enough to warrant immediate consideration. Once you have established that there is a problem which the audience ought to consider, you can then offer your proposal for a preferable course of action.[31] Then, it is up to you to demonstrate that your proposed policy will have more benefits than costs. 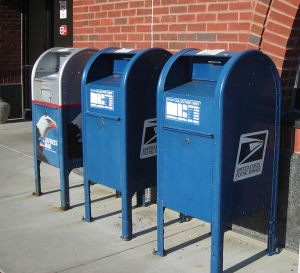 In 2011 the U.S. Postal Service, the nation’s second-largest employer, told Congress it was facing an $8.3 billion budget shortfall.[32] To solve the problem, the Postal Service proposed that be permitted to end Saturday mail delivery and close some post offices. To make their argument, they first described the status quo saying that the demand for their service had dramatically decreased with the popularity of email and online bill-pay services. They explained that in preceding years they laid off workers and cut spending to help with the shortfall of revenue, but now another plan was necessary to avoid defaulting on their financial obligations. They offered evidence that people preferred ending Saturday mail to alternatives such as paying more for stamps or allocating more tax money to post offices.[33] Although they made a compelling case, the USPS still needed to overcome perceived disadvantages to their proposition such as the negative impact on businesses and rural towns.[34][35] A full year later, the policy proposition passed the U.S. Senate but continues to await approval in the House.[36]