The new employee is too quiet and has no sense of style. We should fire him.

The problem here should be obvious. To be a good employee does not require a certain look or the ability to put together interesting outfits. (Just look around your campus or workplace and you’ll probably see how true this is.) As such, the reasons for concluding the new faculty member should be fired are bad. We commit a fallacy if the conclusion to fire him is also bad or wrong. While the given reasons don’t necessarily support the conclusion, there may be others that do.

Bad reasoning as well as good reasoning is possible; and this fact is the foundation of the practical side of logic. ~ Charles Sanders Peirce

The masked man fallacy involves a substitution of parties. If the two things we substitute are identical, then the argument is valid:

Rosamond Smith is an alias for Joyce Carol Oates.

This argument is valid because Rosamond Smith is in fact an alias for Joyce Carol Oates, so there is no flaw in the structure of the argument. 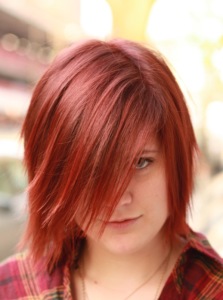 The fallacy in this example occurs between the second premise and the conclusion. Looking at each premise individually, we can see that each is true. However, simply because each premise is true doesn’t mean the conclusion is necessarily true. Even if Ginny did steal Chris’s car, this fact doesn’t make the conclusion true. The existence of this fact cannot be presumed to change what Chris told the police.

Fallacies of quantitative logic revolve around the grammatical structure of the proposition. The focus is on the use of some sort of quantifying word such as “all” or “some.” Consider this example:

All philosophers are wise.

We can show the flaw in this statement by simply finding a counter-example. And since the fact of being wise is abstract, how do we truly know if one is wise or not? Consider how the statement changes with the use of a different quantifier:

Some philosophers are wise.

This statement is stronger because it allows for the possibility there are counter-examples. However, the error arises from the fact that it is not a known quantity. We must infer from the statement that some philosophers are not wise.

Let’s look at another example:

All conservatives are Republicans.

Therefore, all Republicans are conservatives.

Without thinking too hard you can probably think of one counter-example. Let’s try one more:

Some doctors are not MDs. Therefore, some MDs are not doctors.

While the first premise is true (there are other types of doctors), the second is clearly not true. 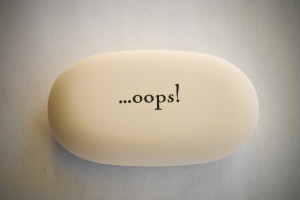