You will get good attention and people will be more inclined to listen to you if you can make a statement whereby their response is… “No kidding!” ~ Gael Boardman

Human beings love stories. In all cultures, stories are used to communicate and share values, traditions and knowledge. Rhetorician Walter Fisher[7] argues that human beings are best understood as homo narrans, as people who tell stories. As an introductory device, stories (and anecdotes and illustrations) are very effective attention getters.

Secondly, because this built-in structure, stories as attention getters lend themselves readily to a well- structured speech. You as speaker can start the story, get right to the climax, and then stop. You have the attention of the audience; you have shared experiences with them; and now you also have the conclusion of the speech all set to go—the end of the story.

Speakers who talk about what life has taught them never fail to keep the attention of their listeners. ~ Dale Carnegie

Refer to the Occasion

You are presenting this speech for a reason. The audience is present at this speech for a reason. These reasons can provide you with an effective attention getter. Referring to the occasion is often used as an introduction to tribute speeches, toasts, dedication ceremonies and historical events. Speech scholar Lloyd Bitzer[8] argues that all speeches are made at least in part in response to specific occasions, so referring to the occasion seems a good idea.

Bono, lead singer of the rock group U2 and an activist for a number of humanitarian issues, addressed the 54th annual National Prayer Breakfast, and started his speech with these words:

Well, thank you. Thank you Mr. President, First Lady, King Abdullah of Jordan, Norm [Coleman], distinguished guests. Please join me in praying that I don’t say something we’ll all regret.[9] 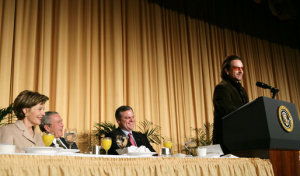 Refer to Recent or Historical Events

In addition to referring to the occasion, another effective attention- getting device is to refer to current events or to historical events. This style of reference again helps to create a shared experience for the speaker and the audience, as the speaker reminds all present that they have these events in common. Additionally, referring to current or historical events can also help establish goodwill and personal credibility by demonstrating that the speaker is aware of the relationship between this particular speech and what is going on in the world at that time, or what has occurred in the past. 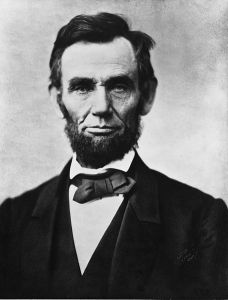 Abraham Lincoln (1863), in one of the most well-known speeches in American history, refers both to historical events and current events in the beginning of the Gettysburg Address:

Fourscore and seven years ago our fathers brought forth on this continent a new nation, conceived in liberty and dedicated to the proposition that all men are created equal. Now we are engaged in a great civil war, testing whether that nation or any nation so conceived and so dedicated can long endure.

History, despite its wrenching pain, cannot be unlived, but if faced with courage, need not be lived again. ~ Maya Angelou

Most of you reading this material are doing so because you are in a public speaking or introductory communication class of some kind. And that means that most of you will be presenting your speeches right after someone else has presented his or her speech. Even if you are not in a classroom situation, many other speaking situations (such as presenting at a city council or other government meeting, or taking part in a forum or lecture series) result in speakers presenting right after another person has spoken. 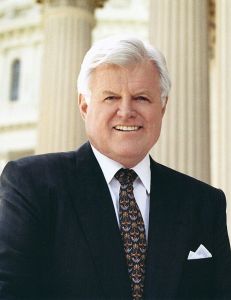 Edward Kennedy, at the 1980 Democratic National Convention, began his speech with a short tribute and acknowledgement to the previous speaker, member of Congress Barbara Mikulski:

In speaking at the 1992 Democratic National Convention, Elizabeth Glaser began her speech by acknowledging her very personal interest in the topic:

I’m Elizabeth Glaser. Eleven years ago, while giving birth to my first child, I hemorrhaged and was transfused with seven pints of blood. Four years later, I found out that I had been infected with the AIDS virus and had unknowingly passed it to my daughter, Ariel, through my breast milk, and my son, Jake, in utero.[10] 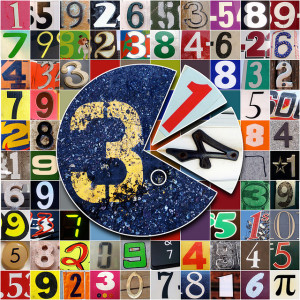 Startling statistics startle an audience and catch its attention, and encourage that audience to listen further as you present the context of the surprising statistic. Long-time radio announcer Paul Harvey is well known for the catch phrase “And now, the rest of the story.” The same function should be at work here. When you startle the audience, you set them up to want to hear the “rest of the story.”

One speaker used an effective startling statistic to help introduce a speech on the dangers of heart disease:

According to the Center for Disease Control, in the United States 26.6 million adults have heart disease. This would be about 12% of adults, or three people in this room.

Analogies can be effective because they use ideas, information and values of the audience to draw a connection to your speech topic—and to you as a speaker. Analogies create connections between you and the audience. 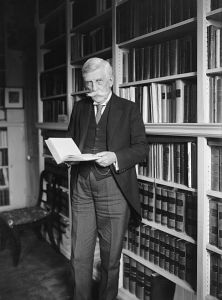 One very common (and often misquoted) analogy comes from the 1919 Supreme Court case of Schenck v United States. Justice Oliver Wendell Holmes used this analogy to support his reasoning that some forms of expression can be suppressed because they present a “clear and present danger.” Holmes noted that “[t]he most stringent protection of free speech would not protect a man falsely shouting fire in a theater and causing a panic.”[11]

Be careful with quotations, however. First, just using the quotation is not sufficient. You need to place the quotation in the context of your speech (as well as meet the other required functions of an introduction, of course). Second, it is easy to fall into a bad (and somewhat lazy) habit of simply finding a quotation and using it to start every speech. Third, simply using a quotation is no guarantee that your audience will find that quotation interesting or apt for the speech, and may also find the author of the quotation to be lacking in credibility—or your audience may simply not like the author of the quotation. Finally, beware of overly- long quotations (three or more sentences): Remember, this is just part of the introduction, not a main point of the speech. 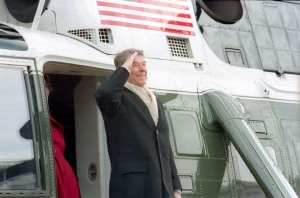 In his farewell address, former President Ronald Reagan (1989) utilized a very short quotation to emphasize his feelings upon leaving office.

People ask how I feel about leaving. And the fact is, “parting is such sweet sorrow.” The sweet part is California and the ranch and freedom. The sorrow — the goodbyes, of course, and leaving this beautiful place.

Using rhetorical questions in speeches is a great way to keep the audience involved. Don’t you think those kinds of questions would keep your attention? ~ Bo Bennett

Using questions that ask for real responses, however, has additional benefits, if a speaker feels comfortable with his or her audience, and is able to handle some impromptu situations. Getting the audience to physically and verbally involve themselves in your topic guarantees that they’re paying attention. Using questions that lead to positive answers can also enhance your connection to and credibility with the audience.

It is not enough for me to ask questions; I want to know how to answer the one question that seems to encompass everything I face: What am I here for? ~ Abraham Joshua Heschel

In 1992, Ross Perot selected a little-known retired military figure, Admiral James Stockdale, as his Vice Presidential running mate. In the fall debates, Stockdale began his opening statement with two questions: “Who am I? Why am I here?” (Stockdale, 1992). The questions received applause and also laughter, though the later reaction to these questions was mixed at best. Some saw this as confusion on the part of Stockdale.[12] Stockdale considered these two questions to illustrate his difference from the other two “mainstream” candidates, Al Gore and then Vice President Dan Quayle. Traditional politicians, Gore and Quayle were readily recognized as compared to Stockdale.

Humor is the affectionate communication of insight. ~ Leo Rosten 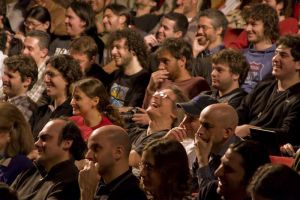 The use of humor in an introduction can be one of the most effective types of introductions—if done well. Humor can create a connection between the speaker and audience, can get an audience relaxed and in a receptive frame of mind, and can allow an audience to perceive the speaker (and the topic) in a positive light.

Humor done badly can destroy the speech and ruin a speaker’s credibility.

So first, a word of warning: None of us (those reading this, those teaching this class, and those writing this) are as funny as we think we are. If we were that funny, we would be making our living that way. Humor is hard. Humor can backfire. Humor is to a large extent situation-bound. Most likely, there will be a number of members of your audience who do not use English as a first language (there are plenty of people reading this who are English as a Second Language learners). Much humor requires a native understanding of English. Most likely, there will be a number of people in your audience who do not share your cultural upbringing—and humor is often culture-bound. Be careful with humor.

In general, there is basically only one safe and suitable style of humor: light and subtle self-deprecation. In other words, you as speaker are the only really safe subject for humor. 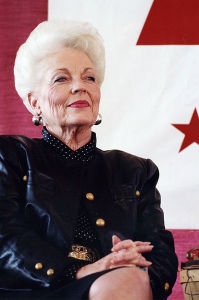 Using humor to tell stories about other people, other groups, and even other situations, may work—but it is just as likely to offend those people, members of those groups, and people in that situation. Using self-deprecating humor will not offend others, but unless you can do this with a light and subtle touch, you may be harming your credibility rather than creating a connection between yourself and the audience.

Now, with all these warnings, you may want to stay far away from humor as an introduction. Humor can work, however.

Ann Richards, at the 1988 Democratic National Convention, used humor in the introduction to her Keynote Address. Knowing the audience, Richards was able to use partisan humor to establish a connection to the audience and score points against the political opposition.

I’m delighted to be here with you this evening, because after listening to George Bush all these years, I figured you needed to know what a real Texas accent sounds like.