Earth’s surface features are the result of constructive and destructive forces. Constructive forces cause landforms to grow. The eruption of a new volcano creates a new landform. Destructive forces wear landforms down. The slow processes of mechanical and chemical weathering and erosion work over time to change once high mountains into smooth flat plateaus.

Figure below is a slice through a relief map of Earth’s surface without the water in the oceans. What are its two most distinctive features?

The oldest continental rocks are billions of years old, so the continents have had a lot of time for things to happen to them. Constructive forces cause physical features on Earth’s surface known as landforms to grow. Crustal deformation – when crust compresses, pulls apart, or slides past other crust – results in hills, valleys, and other landforms. Mountains rise when continents collide, when one slab of ocean crust plunges beneath another or a slab of continental crust to create a chain of volcanoes. Sediments are deposited to form landforms, such as deltas. 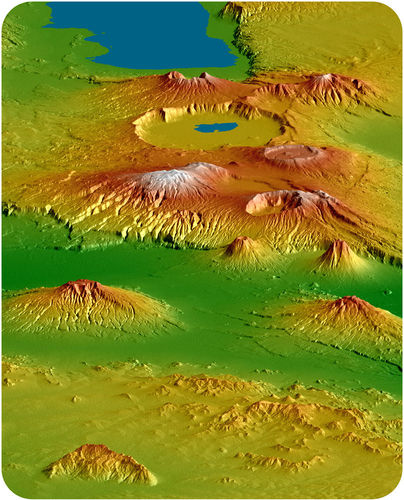 
Look for constructive and destructive landforms in Figure above. This scene is within the East African Rift where the crust is being pulled apart to form a large valley.

The ocean floor itself is not totally flat, as illustrated in Figure below. The most distinctive feature is the mountain range that runs through much of the ocean basin, known as the mid-ocean ridge. The deepest places of the ocean are the ocean trenches, many of which are located around the edge of the Pacific Ocean. Chains of volcanoes are also found in the center of the oceans, such as in the area of Hawaii. Flat plains are found on the ocean floor with their features covered by mud. 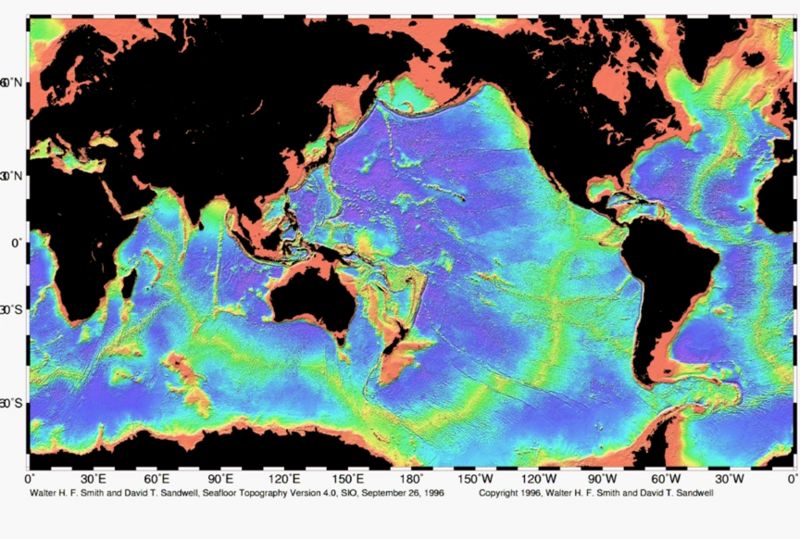 Earth’s surface changes over short and long periods of time. Constructive forces cause new features to form by volcanic activity or uplift of the crust. Existing landforms are modified by destructive forces, perhaps even eroded away by water, wind, ice, and gravity. Beneath the oceans, volcanic activity forms new seafloor while old seafloor is destroyed at the trenches. You will explore many ways that the Earth’s surface changes as you proceed through this book.