Maps are extremely useful to Earth scientists to represent geographic features found above and below sea level and to show the geology of a region. Rock units and geologic structures are shown on geologic maps.

What is a Topographic Map?

Contour lines connect all the points on a map that have the same elevation and therefore reveal the location of hills, mountains, and valleys. While a road map shows where a road goes, a topographic map shows why. For example, the road bends in order to go around a hill or stops at the top of a mountain. On a contour map: 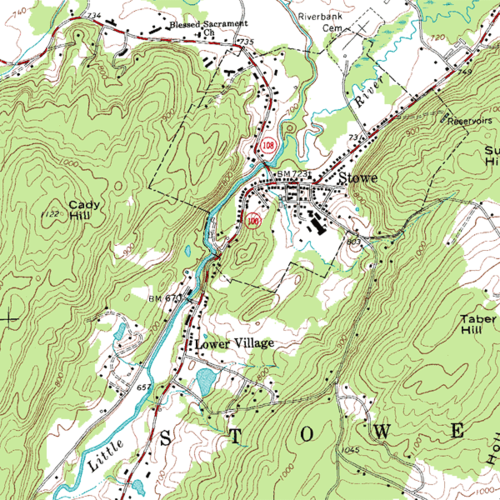 A topographic map of Stowe, Vermont.


How would you calculate the contour interval on the map of Stowe, Vermont (see Figure above)?

On the Stowe map, the difference between two bold lines is 100 feet and there are five lines between them, so the contour interval is 20 feet (100 ft/5 lines = 20 ft/line).

The Value of a Topographic Map

Swamp Canyon in Bryce Canyon National Park, Utah (shown in Figure below) is very rugged, with steep canyon walls and a valley below. 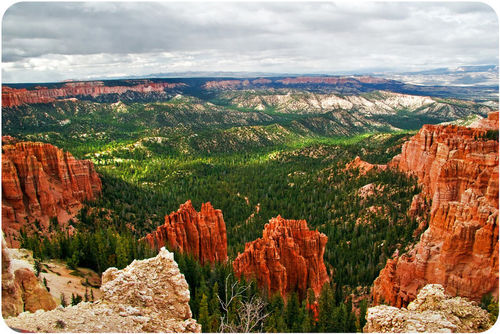 
The visitor’s map of the area in Figure below shows important locations. What's missing from this map? This map does not represent the landscape.

Swamp Canyon Loop in Bryce Canyon National Park. The green line indicates the main road, black dotted lines are trails, and there are markers for campsites, a picnic area, and a shuttle bus stop.


With contour lines to indicate elevation, the topographic map in Figure below shows the terrain. 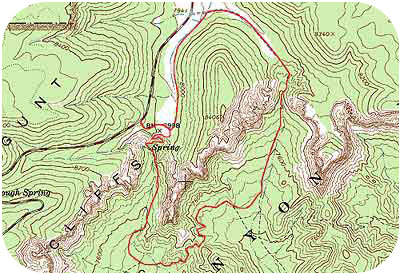 How does the map of Bryce Canyon reveal the terrain of the region? Several principles are important for reading a topographic map:

1. Contour lines show the 3-dimensional shape of the land (Figure below). What does the spacing of contour lines indicate? 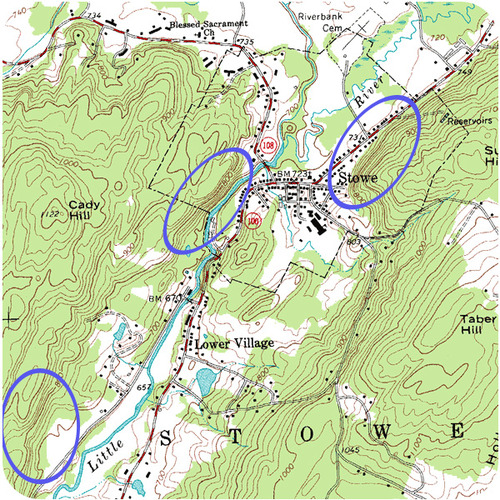 A portion of a USGS topographic map of Stowe, Vermont. Just to the right of the city of Stowe is a steep hill with a sharp rise of about 200 ft that becomes less steep toward the right.


2. Concentric circles indicate a hill. When contour lines form closed loops all together in the same area, this is a hill. The smallest loops are the higher elevations and the larger loops are downhill. On the Stowe map, which hill has an elevation of 1122 feet? If you found Cady Hill, on the left side of the map, you are right.

3. Hatched concentric circles indicate a depression, as seen in the Figure below. The hatch marks are short, perpendicular lines inside the circle. The innermost hatched circle would represent the deepest part of the depression, while the outer hatched circles represent higher elevations.

On a contour map, a circle with inward hatches indicates a depression.


4. V-shaped expanses of contour lines indicate stream valleys. Where a stream crosses the land, the Vs in the contour lines point uphill. The channel of the stream passes through the point of the V and the open end of the V represents the downstream portion. If the stream contains water, the line will be blue; otherwise, the V patterns indicate the direction water will flow. In the map of Stowe, where does a stream run downhill into a lake?

An animation showing contour lines and the slopes they represent.

The bathymetric map in the Figure below is like a topographic map with the contour lines representing depth below sea level, rather than height above. Numbers are low near sea level and become higher with depth. Bathymetric maps help oceanographers visualize the landforms at the bottoms of lakes, bays, and the ocean as if the water were removed. 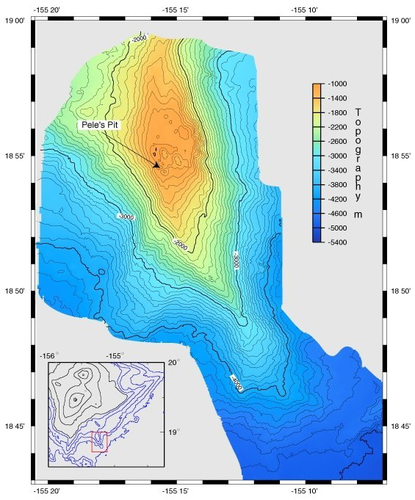 Loihi volcano growing on the flank of Kilauea volcano in Hawaii. Black lines in the inset show the land surface above sea level and blue lines show the topography below sea level.

A geologic map shows the geological features of a region (see examples in Figure below and Figure below). Rock units are color-coded and identified in a key. In the map of Yosemite (Figure below), volcanic rocks are brown, the Tuolumne Intrusive Suite is peach, and the metamorphosed sedimentary rocks are green. Structural features, such as folds and faults, are also shown on a geologic map. The area around Mt. Dana on the east central side of the map has fault lines. 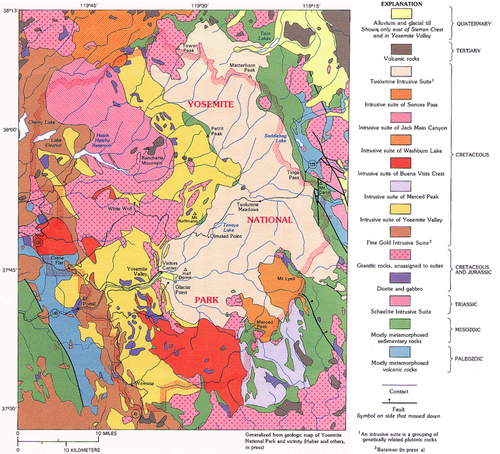 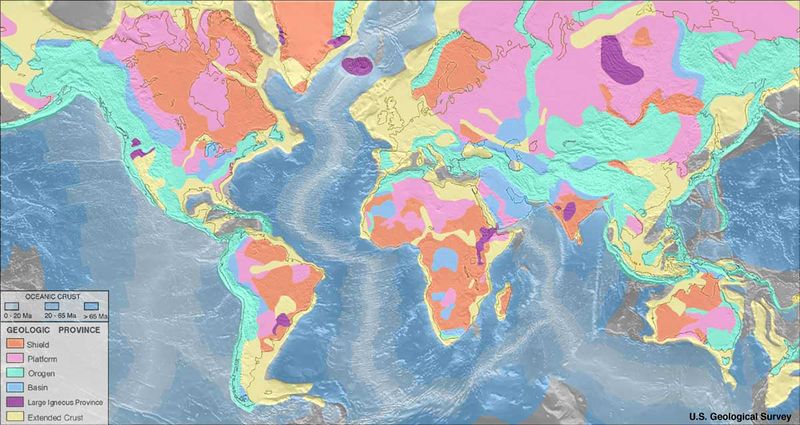