There are three types of rocks: igneous, sedimentary and metamorphic. Each of these types is part of the rock cycle. Through changes in conditions one rock type can become another rock type. Or it can become a different rock of the same type.

A rock is a naturally formed, non-living earth material. Rocks are made of collections of mineral grains that are held together in a firm, solid mass (Figure below). 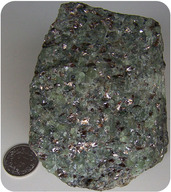 The different colors and textures seen in this rock are caused by the presence of different minerals.


How is a rock different from a mineral? Rocks are made of minerals. The mineral grains in a rock may be so tiny that you can only see them with a microscope, or they may be as big as your fingernail or even your finger (Figure below). 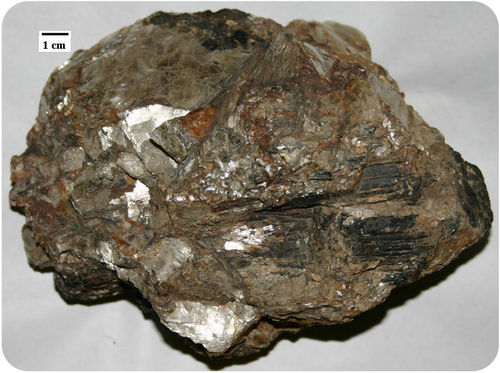 A pegmatite from South Dakota with crystals of lepidolite, tourmaline, and quartz (1 cm scale on the upper left).


Rocks are identified primarily by the minerals they contain and by their texture. Each type of rock has a distinctive set of minerals. A rock may be made of grains of all one mineral type, such as quartzite. Much more commonly, rocks are made of a mixture of different minerals. Texture is a description of the size, shape, and arrangement of mineral grains. Are the two samples in Figure below the same rock type? Do they have the same minerals? The same texture?


As seen in Table above, these two rocks have the same chemical composition and contain mostly the same minerals, but they do not have the same texture. Sample 1 has visible mineral grains, but Sample 2 has very tiny or invisible grains. The two different textures indicate different histories. Sample 1 is a diorite, a rock that cooled slowly from magma (molten rock) underground. Sample 2 is an andesite, a rock that cooled rapidly from a very similar magma that erupted onto Earth’s surface.

Rocks are classified into three major groups according to how they form. Rocks can be studied in hand samples that can be moved from their original location. Rocks can also be studied in outcrop, exposed rock formations that are attached to the ground, at the location where they are found.

Igneous rocks form from cooling magma. Magma that erupts onto Earth’s surface is lava, as seen in Figure below. The chemical composition of the magma and the rate at which it cools determine what rock forms as the minerals cool and crystallize. 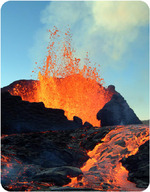 This flowing lava is molten rock that will harden into an igneous rock.

Sedimentary rocks form by the compaction and cementing together of sediments, broken pieces of rock-like gravel, sand, silt, or clay (Figure below). Those sediments can be formed from the weathering and erosion of preexisting rocks. Sedimentary rocks also include chemical precipitates, the solid materials left behind after a liquid evaporates. 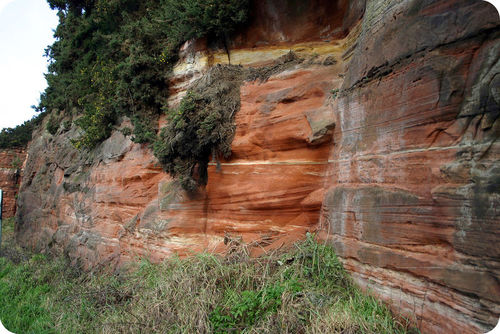 This sedimentary rock is made of sand that is cemented together to form a sandstone.

Metamorphic rocks form when the minerals in an existing rock are changed by heat or pressure within the Earth. See Figure below for an example of a metamorphic rock. 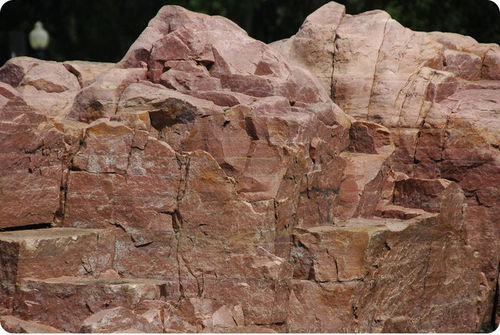 Quartzite is a metamorphic rock formed when quartz sandstone is exposed to heat and pressure within the Earth.

Rocks change as a result of natural processes that are taking place all the time. Most changes happen very slowly; many take place below the Earth’s surface, so we may not even notice the changes. Although we may not see the changes, the physical and chemical properties of rocks are constantly changing in a natural, never-ending cycle called the rock cycle.

The concept of the rock cycle was first developed by James Hutton, an eighteenth century scientist often called the “Father of Geology” (shown in Figure below). Hutton recognized that geologic processes have “no [sign] of a beginning, and no prospect of an end.” The processes involved in the rock cycle often take place over millions of years. So on the scale of a human lifetime, rocks appear to be “rock solid” and unchanging, but in the longer term, change is always taking place. 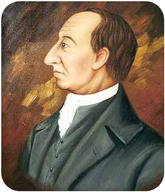 James Hutton is considered the Father of Geology.


In the rock cycle, illustrated in Figure below, the three main rock types – igneous, sedimentary, and metamorphic - are shown. Arrows connecting the three rock types show the processes that change one rock type into another. The cycle has no beginning and no end. Rocks deep within the Earth are right now becoming other types of rocks. Rocks at the surface are lying in place before they are next exposed to a process that will change them. 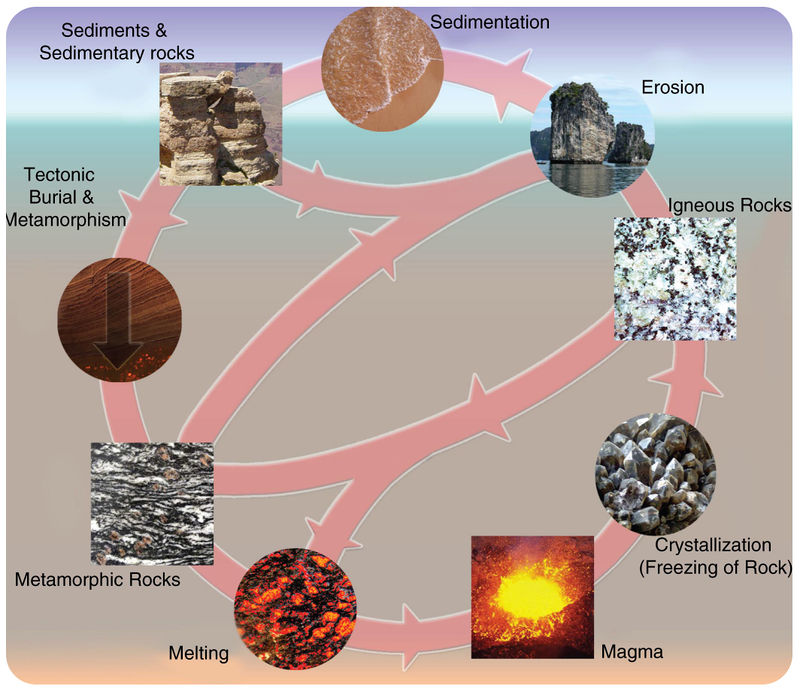 Processes of the Rock Cycle

Several processes can turn one type of rock into another type of rock. The key processes of the rock cycle are crystallization, erosion and sedimentation, and metamorphism.

Magma cools either underground or on the surface and hardens into an igneous rock. As the magma cools, different crystals form at different temperatures, undergoing crystallization. For example, the mineral olivine crystallizes out of magma at much higher temperatures than quartz. The rate of cooling determines how much time the crystals will have to form. Slow cooling produces larger crystals.

Weathering wears rocks at the Earth’s surface down into smaller pieces. The small fragments are called sediments. Running water, ice, and gravity all transport these sediments from one place to another by erosion. During sedimentation, the sediments are laid down or deposited. In order to form a sedimentary rock, the accumulated sediment must become compacted and cemented together.