Modern technology is very useful for Earth scientists. Satellites give researchers a global perspective and can be used to monitor changes. Computers are used for making maps.

A satellite is a small object that orbits a larger object. Satellites orbit Earth to get a large view of the planet's surface and for hauling many different types of instruments to monitor all types of conditions (Figure below). Satellite views are important for visualizing global change; for example, the amount of sea ice that is present in the Arctic from winter to winter. 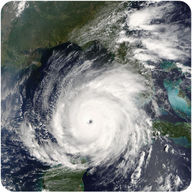 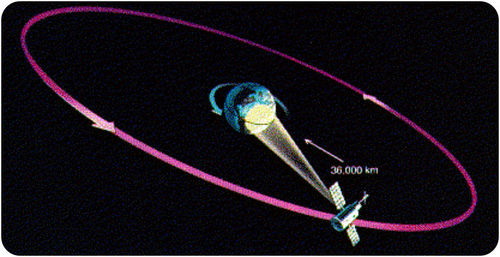 Satellite in a geostationary orbit. 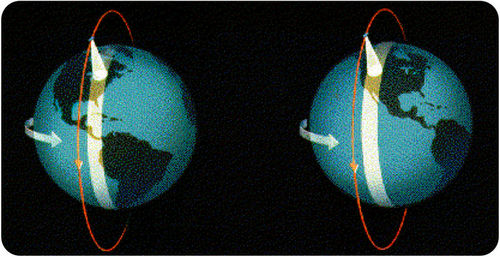 Satellite in a polar orbit.

Using different types of scientific instruments, satellites measure many things, including the temperatures of the land and oceans, amounts of gases such as water vapor and carbon dioxide in the atmosphere, the ability of the surface to reflect various colors of light, which indicates plant life, and even the height of the ocean's surface.

You can have lots of fun with satellite maps by playing around with Google maps: http://maps.google.com/. Try searching for these interesting features: Goosenecks State Park, Utah; Mt. Whitney, Lone Pine, California; Empire State Building, New York; or your home. Note that you can zoom in and out to see features in more detail or to see how they fit into the area.

Satellites help people locate their position on Earth’s surface. By 1993, the United States military had launched 24 satellites to help soldiers locate their positions on battlefields. This system of satellites was called the Global Positioning System (GPS). Later, the United States government allowed the public to use this system. GPS receivers, like the one pictured in image A of Figure below, are now common.

(a) This GPS receiver is located at 52 degrees N and 0 degrees E, on the Prime Meridian. (b) The receiver takes signals from 4 GPS satellites to calculate your location precisely.

Computers have improved how maps are made and have increased the amount of information that can be displayed. Map makers use satellite images and computers to draw maps. Computers break apart the fine details of a satellite image, store the pieces of information, and put them back together in a 2D or 3D image (Figure below). 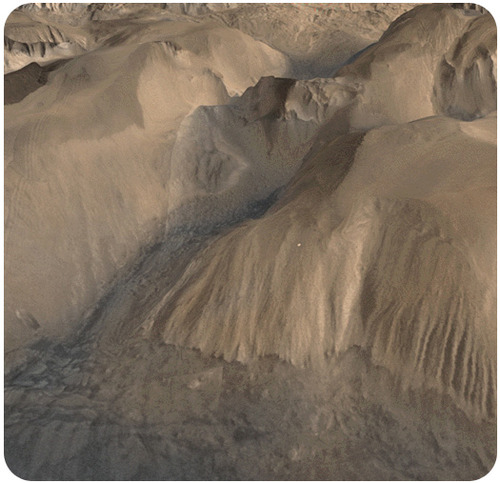 Scientists used computers and satellite images from Mars to create a 3D image of Valles Marineris.


Geographic Information Systems (GIS) use exact geographic locations from GPS receivers along with any type of spatial information to create maps and images (Figure below). The information might be of people living in an area, types of plants or soil, locations of groundwater, or levels of rainfall. Geologists use GIS to make maps of natural resource distributions. 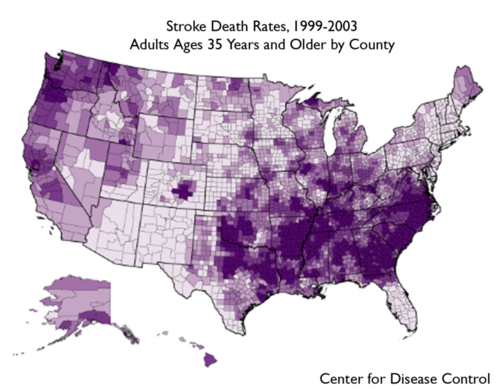 A GIS map of stroke death rates in the United States. Health rates may be affected by geographic region.