Most people generally agree that anarchy, or the absence of organized government, does not facilitate a desirable living environment for society, but it is much harder for individuals to agree upon the particulars of how a population should be governed. Throughout history, various forms of government have evolved to suit the needs of changing populations and mindsets, each with pros and cons. Today, members of Western society hold that democracy is the most just and stable form of government, although former British Prime Minister Winston Churchill once declared to the House of Commons, “Indeed it has been said that democracy is the worst form of government except for all those other forms that have been tried from time to time” (Shapiro 2006).

Even though people in the United States tend to be most aware of Great Britain’s royals, many other nations also recognize kings, queens, princes, princesses, and other figures with official royal titles. The power held by these positions varies from one country to another. Strictly speaking, a monarchy is a government in which a single person (a monarch) rules until he or she dies or abdicates the throne. Usually, a monarch claims the rights to the title by way of hereditary succession or as a result of some sort of divine appointment or calling. As mentioned above, the monarchies of most modern nations are ceremonial remnants of tradition, and individuals who hold titles in such sovereignties are often aristocratic figureheads.

A few nations today, however, are run by governments wherein a monarch has absolute or unmitigated power. Such nations are called absolute monarchies. Although governments and regimes are constantly changing across the global landscape, it is generally safe to say that most modern absolute monarchies are concentrated in the Middle East and Africa. The small, oil-rich nation of Oman, for instance, is an example of an absolute monarchy. In this nation, Sultan Qaboos bin Said Al Said has ruled since the 1970s. Recently, living conditions and opportunities for Oman’s citizens have improved, but many citizens who live under the reign of an absolute ruler must contend with oppressive or unfair policies that are installed based on the unchecked whims or political agendas of that leader. 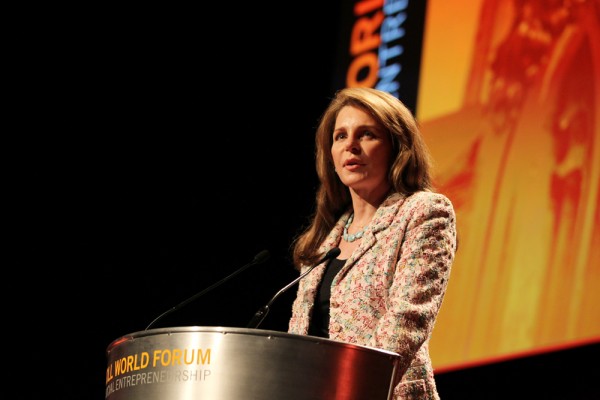 Queen Noor of Jordan is the dowager queen of this constitutional monarchy and has limited political authority. Queen Noor is American by birth, but relinquished her citizenship when she married. She is a noted global advocate for Arab-Western relations. (Photo courtesy of Skoll World Forum/flickr)

The power in an oligarchy is held by a small, elite group. Unlike in a monarchy, members of an oligarchy do not necessarily achieve their statuses based on ties to noble ancestry. Rather, they may ascend to positions of power because of military might, economic power, or similar circumstances.

The concept of oligarchy is somewhat elusive; rarely does a society openly define itself as an oligarchy. Generally, the word carries negative connotations and conjures notions of a corrupt group whose members make unfair policy decisions in order to maintain their privileged positions. Many modern nations that claim to be democracies are really oligarchies. In fact, some prominent journalists, such as Paul Krugman, who won a Nobele laureate prize in economics, have labeled the United States an oligarchy, pointing to the influence of large corporations and Wall Street executives on U.S. policy (Krugman 2011). Other political analysts assert that all democracies are really just “elected oligarchies,” or systems in which citizens must vote for an individual who is part of a pool of candidates who come from the society’s elite ruling class (Winters 2011).

Oligarchies have existed throughout history, and today many consider Russia an example of oligarchic political structure. After the fall of communism, groups of business owners captured control of this nation’s natural resources and have used the opportunity to expand their wealth and political influence. Once an oligarchic power structure has been established, it can be very difficult for middle- and lower-class citizens to advance their socioeconomic status.

Is the United States an Oligarchy? 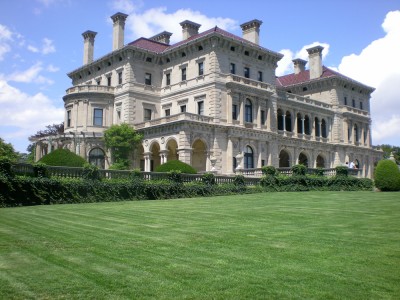 The American Gilded Age was one of lavish dinner parties hosted for pampered pets, such as this bejeweled pooch. (Photo courtesy of Seniju/flickr)

The American Gilded Age saw the rise and dominance of ultra-rich families such as the Vanderbilts, Rockefellers, and Carnegies, and the wealthy often indulged in absurd luxuries. One example is a lavish dinner party hosted for a pampered pet dog who attended wearing a $15,000 diamond collar (PBS Online 1999). At the same time, most Americans barely scraped by, living below what was considered the poverty level.

Some scholars believe that the United States has now embarked on a second gilded age, pointing out that the “400 wealthiest American families now own more than the ‘lower’ 150 million Americans put together" (Schultz 2011), and “the top 10% of earners took in more than half of the country’s overall income in 2012, the highest proportion recorded in a century of government record keeping” (Lowery 2014).

Many of the super–rich use their economic clout to purchase more than luxury items; wealthy individuals and corporations are major political donors. Based on campaign finance reform legislation in 1971 and 2002, political campaign contributions were regulated and limited; however, the 2012 Supreme Court decision in the case of Citizen’s United versus the Federal Election Commission repealed many of those restrictions. The Court ruled that contributions of corporations and unions to Political Action Committees (PACs) are a form of free speech that cannot be abridged and so cannot be limited or disclosed. Opponents believe this is potentially a step in promoting oligarchy in the United States; the ultra-wealthy and those who control the purse strings of large corporations and unions will, in effect, be able to elect their candidate of choice through their unlimited spending power, as well as influence policy decisions, appointments to nonelected government jobs, and other forms of political power. Krugman (2011) says, “We have a society in which money is increasingly concentrated in the hands of a few people, and in which that concentration of income and wealth threatens to make us a democracy in name only.” 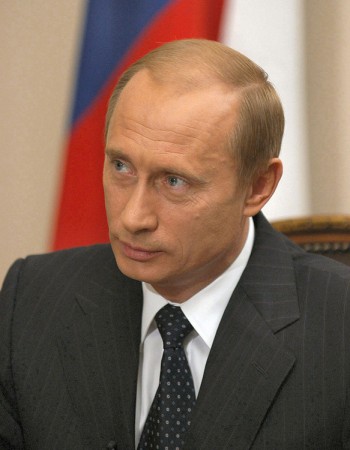 Power in a dictatorship is held by a single person (or a very small group) that wields complete and absolute authority over a government and population. Like some absolute monarchies, dictatorships may be corrupt and seek to limit or even eradicate the liberties of the general population. Dictators use a variety of means to perpetuate their authority. Economic and military might, as well as intimidation and brutality are often foremost among their tactics; individuals are less likely to rebel when they are starving and fearful. Many dictators start out as military leaders and are conditioned to the use of violence against opposition.

Some dictators also possess the personal appeal that Max Weber identified with a charismatic leader. Subjects of such a dictator may believe that the leader has special ability or authority and may be willing to submit to his or her authority. The late Kim Jong-Il, North Korean dictator, and his successor, Kim Jong-Un, exemplify this type of charismatic dictatorship.

Some dictatorships do not align themselves with any particular belief system or ideology; the goal of this type of regime is usually limited to preserving the authority of the dictator. A totalitarian dictatorship is even more oppressive and attempts to control all aspects of its subjects’ lives; including occupation, religious beliefs, and number of children permitted in each family. Citizens may be forced to publicly demonstrate their faith in the regime by participating in marches and demonstrations.

Some “benevolent” dictators, such as Napoleon and Anwar Sadat, are credited with advancing their people’s standard of living or exercising a moderate amount of evenhandedness. Others grossly abuse their power. Joseph Stalin, Adolf Hitler, Saddam Hussein, Cambodia’s Pol Pot, and Zimbabwe’s Robert Mugabe, for instance, are heads of state who earned a reputation for leading through fear and intimidation. 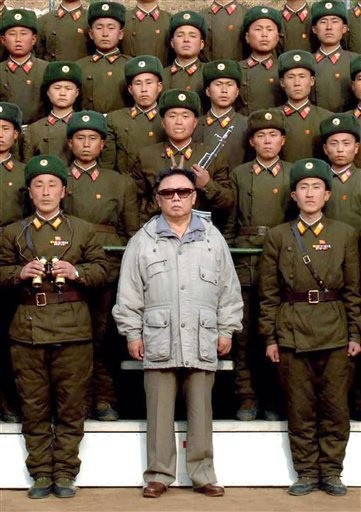 Dictator Kim Jong-Il of North Korea was a charismatic leader of an absolute dictatorship. His followers responded emotionally to the death of their leader in 2011. (Photo courtesy of babeltrave/flickr)

A democracy is a form of government that strives to provide all citizens with an equal voice, or vote, in determining state policy, regardless of their level of socioeconomic status. Another important fundamental of the democratic state is the establishment and governance of a just and comprehensive constitution that delineates the roles and responsibilities of leaders and citizens alike.

Democracies, in general, ensure certain basic rights for their citizens. First and foremost, citizens are free to organize political parties and hold elections. Leaders, once elected, must abide by the terms of the given nation’s constitution and are limited in the powers they can exercise, as well as in the length of the duration of their terms. Most democratic societies also champion freedom of individual speech, the press, and assembly, and they prohibit unlawful imprisonment. Of course, even in a democratic society, the government constrains citizens' total freedom to act however they wish. A democratically elected government does this by passing laws and writing regulations that, at least ideally, reflect the will of the majority of its people.

Although the United States champions the democratic ideology, it is not a “pure” democracy. In a purely democratic society, all citizens would vote on all proposed legislation, and this is not how laws are passed in the United States. There is a practical reason for this: a pure democracy would be hard to implement. Thus, the United States is a constitution-based federal republic in which citizens elect representatives to make policy decisions on their behalf. The term representative democracy, which is virtually synonymous with republic, can also be used to describe a government in which citizens elect representatives to promote policies that favor their interests. In the United States, representatives are elected at local and state levels, and the votes of the Electoral College determine who will hold the office of president. Each of the three branches of the U.S. government—the executive, judicial, and legislative—is held in check by the other branches.

Nations are governed by different political systems, including monarchies, oligarchies, dictatorships, and democracies. Generally speaking, citizens of nations wherein power is concentrated in one leader or a small group are more likely to suffer violations of civil liberties and experience economic inequality. Many nations that are today organized around democratic ideals started out as monarchies or dictatorships but have evolved into more egalitarian systems. Democratic ideals, although hard to implement and achieve, promote basic human rights and justice for all citizens.

anarchy
the absence of any organized government

dictatorship
a form of government in which a single person (or a very small group) wields complete and absolute authority over a government or populace after the dictator rises to power, usually through economic or military might

oligarchy
a form of government in which power is held by a small, elite group

The Tea Party is among the highest-profile grassroots organizations active in U.S. politics today. What is its official platform? Examine the Tea Party website to find out more information at http://openstaxcollege.org/l/2eTeaPartygov.

POLITICS 101 •  Polytechnic Univ of the Philippines

Democracy as a form of Government.docx