Uniform circular motion (discussed previously in Motion in Two and Three Dimensions) is motion in a circle at constant speed. Although this is the simplest case of rotational motion, it is very useful for many situations, and we use it here to introduce rotational variables. 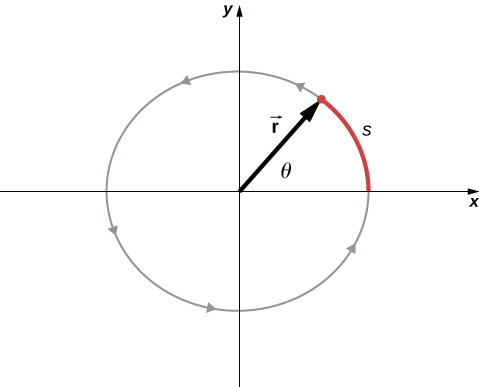 Figure 10.2 A particle follows a circular path. As it moves counterclockwise, it sweeps out a positive angle $ \theta $ with respect to the x-axis and traces out an arc length s.

The angle $$ \theta $$, the angular position of the particle along its path, has units of radians (rad). There are $$ 2\pi $$ radians in $$ 360\text{°}. $$ Note that the radian measure is a ratio of length measurements, and therefore is a dimensionless quantity. As the particle moves along its circular path, its angular position changes and it undergoes angular displacements $$ \text{Δ}\theta .$$

That is, the arc length is the cross product of the angle vector and the position vector, as shown in (Figure). 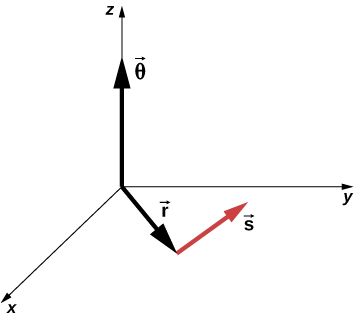 Figure 10.3 The angle vector points along the z-axis and the position vector and arc length vector both lie in the xy-plane. We see that $ \overset{\to }{s}=\overset{\to }{\theta }\,×\,\overset{\to }{r}$. All three vectors are perpendicular to each other.

where $$ \theta $$ is the angle of rotation ((Figure)). The units of angular velocity are radians per second (rad/s). Angular velocity can also be referred to as the rotation rate in radians per second. In many situations, we are given the rotation rate in revolutions/s or cycles/s. To find the angular velocity, we must multiply revolutions/s by $$ 2\pi $$, since there are $$ 2\pi $$ radians in one complete revolution. Since the direction of a positive angle in a circle is counterclockwise, we take counterclockwise rotations as being positive and clockwise rotations as negative.

We can see how angular velocity is related to the tangential speed of the particle by differentiating (Figure) with respect to time. We rewrite (Figure) as

Taking the derivative with respect to time and noting that the radius r is a constant, we have 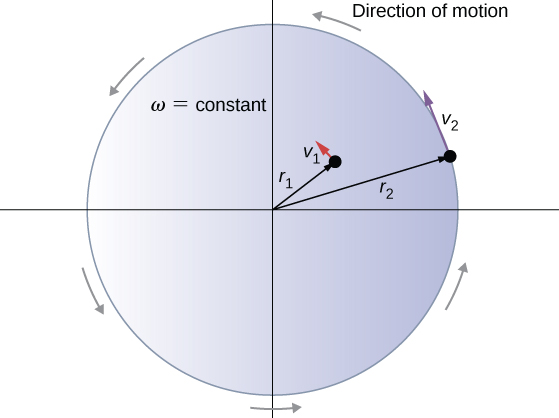 Figure 10.4 Two particles on a rotating disk have different tangential speeds, depending on their distance to the axis of rotation. 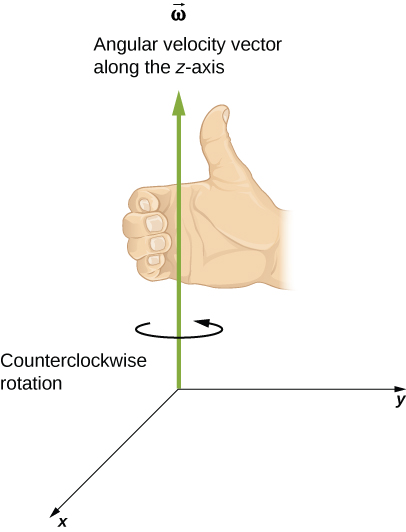 Figure 10.5 For counterclockwise rotation in the coordinate system shown, the angular velocity points in the positive z-direction by the right-hand-rule.

We can verify the right-hand-rule using the vector expression for the arc length $$ \overset{\to }{s}=\overset{\to }{\theta }\,×\,\overset{\to }{r}$$, (Figure). If we differentiate this equation with respect to time, we find

Rotation of a Flywheel

In 30 s, the flywheel has rotated through quite a number of revolutions, about 215 if we divide the angular displacement by $$ 2\pi $$. A massive flywheel can be used to store energy in this way, if the losses due to friction are minimal. Recent research has considered superconducting bearings on which the flywheel rests, with zero energy loss due to friction. 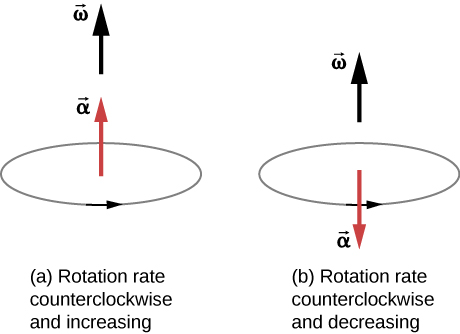 We can relate the tangential acceleration of a point on a rotating body at a distance from the axis of rotation in the same way that we related the tangential speed to the angular velocity. If we differentiate (Figure) with respect to time, noting that the radius r is constant, we obtain

Thus, the tangential acceleration $$ {a}_{t} $$ is the radius times the angular acceleration. (Figure) and (Figure) are important for the discussion of rolling motion (see Angular Momentum).

Let’s apply these ideas to the analysis of a few simple fixed-axis rotation scenarios. Before doing so, we present a problem-solving strategy that can be applied to rotational kinematics: the description of rotational motion.

The fan blades on a turbofan jet engine (shown below) accelerate from rest up to a rotation rate of 40.0 rev/s in 20 s. The increase in angular velocity of the fan is constant in time. (The GE90-110B1 turbofan engine mounted on a Boeing 777, as shown, is currently the largest turbofan engine in the world, capable of thrusts of 330–510 kN.)

(a) What is the average angular acceleration?

(b) What is the instantaneous angular acceleration at any time during the first 20 s? 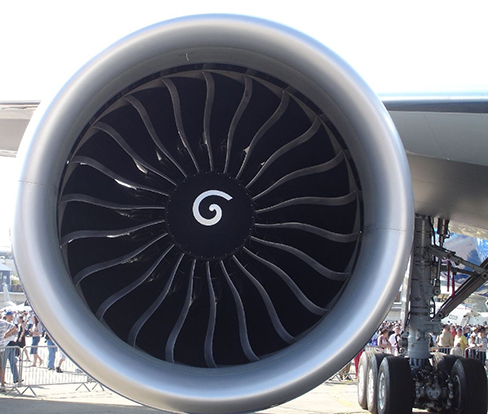 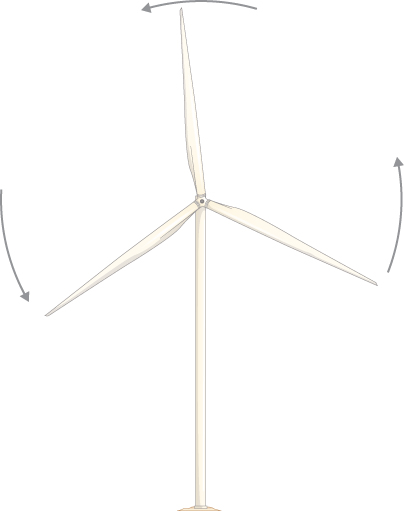 Figure 10.10 A wind turbine that is rotating counterclockwise, as seen head on.

We now have a basic vocabulary for discussing fixed-axis rotational kinematics and relationships between rotational variables. We discuss more definitions and connections in the next section.

A clock is mounted on the wall. As you look at it, what is the direction of the angular velocity vector of the second hand?

The second hand rotates clockwise, so by the right-hand rule, the angular velocity vector is into the wall.

What is the value of the angular acceleration of the second hand of the clock on the wall?

A baseball bat is swung. Do all points on the bat have the same angular velocity? The same tangential speed?

They have the same angular velocity. Points further out on the bat have greater tangential speeds.

The blades of a blender on a counter are rotating clockwise as you look into it from the top. If the blender is put to a greater speed what direction is the angular acceleration of the blades?

Calculate the angular velocity of Earth.

A track star runs a 400-m race on a 400-m circular track in 45 s. What is his angular velocity assuming a constant speed?

A particle moves 3.0 m along a circle of radius 1.5 m. (a) Through what angle does it rotate? (b) If the particle makes this trip in 1.0 s at a constant speed, what is its angular velocity? (c) What is its acceleration?

A compact disc rotates at 500 rev/min. If the diameter of the disc is 120 mm, (a) what is the tangential speed of a point at the edge of the disc? (b) At a point halfway to the center of the disc?

Unreasonable results. The propeller of an aircraft is spinning at 10 rev/s when the pilot shuts off the engine. The propeller reduces its angular velocity at a constant $$ 2.0\,\text{rad}\text{/}{\text{s}}^{2} $$ for a time period of 40 s. What is the rotation rate of the propeller in 40 s? Is this a reasonable situation? 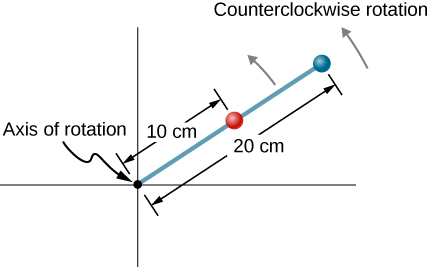 1.1 4The Scope and Scale of Physics - University Physics Volume 1 _ OpenStax.pdf