There are seven different patterns that are commonly used to organize documents: Formal classification, informal classification, comparison, partitioning, segmenting, cause/effect, and problem/solution. Which organizational pattern is used will depend on the type of document that is being composed; however, the goal of effective organizing is to make the document easier to use, and several organizational patterns are often used in a single document.

Formal classification is simply grouping facts together based on their common attributes. Each group is 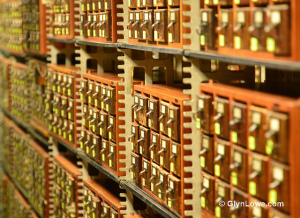 often divided into subgroups enabling the facts to be precisely classified. Formal classification requires that each fact can only be present in one grouping, and each grouping must follow the same principle. For example, to classify three animals, each animal should only fit into one group. A tiger, wolf, and zebra could be grouped into categories such as feline, canine, and equine. Each grouping follows the same principle of grouping the animals according to their biological family. A faulty classification would be feline, canine, and mammal because feline and canine are biological families and mammal refers to a biological class. Still further, each species can be broken up into subgroups and divisions like in cattle, Herefords and Jerseys are both cattle, but one is a beef animal and the other is a dairy animal.

Informal classification can help you create a reader-centered communication when you need to organize information about a large number of items but find it impossible or undesirable to classify them according to the kind of objective characteristic that is necessary for formal classification.

Partitioning refers to describing an object. If a d

ocument must be written about a bicycle, a writer may divide the description into the smaller parts of the bicycle. A writer may first describe the braking system, then the gear system, then the frame, seat, and tires. By dividing the document into smaller parts, information becomes easier to locate and the document becomes more useful to the reader.

Guidelines for Describing an Object