The Rise of the Right

Popular culture of the 1980s offered another venue in which conservatives and liberals waged a battle of ideas. Reagan’s militarism and patriotism pervaded movies like Top Gun and the Rambo series, starring Sylvester Stallone as a Vietnam War veteran haunted by his country’s failure to pursue victory in Southeast Asia. In contrast, director Olive Stone offered searing condemnations of the war in Platoon and Born on the Fourth of July. Television shows like Dynasty and Dallas celebrated wealth and glamour, reflecting the pride in conspicuous consumption that emanated from the White House and corporate boardrooms during the decade. At the same time, films like Wall Street and novels like Tom Wolfe’s Bonfire of the Vanities satirized the excesses of the rich. Yet the most significant aspect of 1980s’ popular culture was its lack of politics altogether. Rather, Steven Spielberg’s E.T: The Extra-Terrestrial and his Indiana Jones adventure trilogy topped the box office. Cinematic escapism replaced the serious social examinations of 1970s’ film. Quintessential Hollywood leftist Jane Fonda appeared frequently on television but only to peddle exercise videos.

New forms of media changed the ways in which people experienced popular culture. In many cases, this new media contributed to the privatization of life, as people shifted focus from public spaces to their own homes. Movie theaters faced competition from the video cassette recorder (VCR), which allowed people to watch films (or exercise with Jane Fonda) in the privacy of their living room. Arcades gave way to home video game systems. Personal computers proliferated, a trend spearheaded by the Apple Company and its Apple II computer. Television viewership—once dominated by the “big three” networks of NBC, ABC, and CBS­—fragmented with the rise of cable channels that catered to particular tastes. Few cable channels so captured the popular imagination as MTV, which debuted in 1981. Telegenic artists like Madonna, Prince, and Michael Jackson skillfully used MTV to boost their reputations and album sales. Conservatives condemned music videos for corrupting young people with vulgar, anti-authoritarian messages, but the medium only grew in stature. Critics of MTV targeted Madonna in particular. Her 1989 video “Like a Prayer” drew protests for what some people viewed as sexually suggestive and blasphemous scenes. The religious right increasingly perceived popular culture as hostile to Christian values. 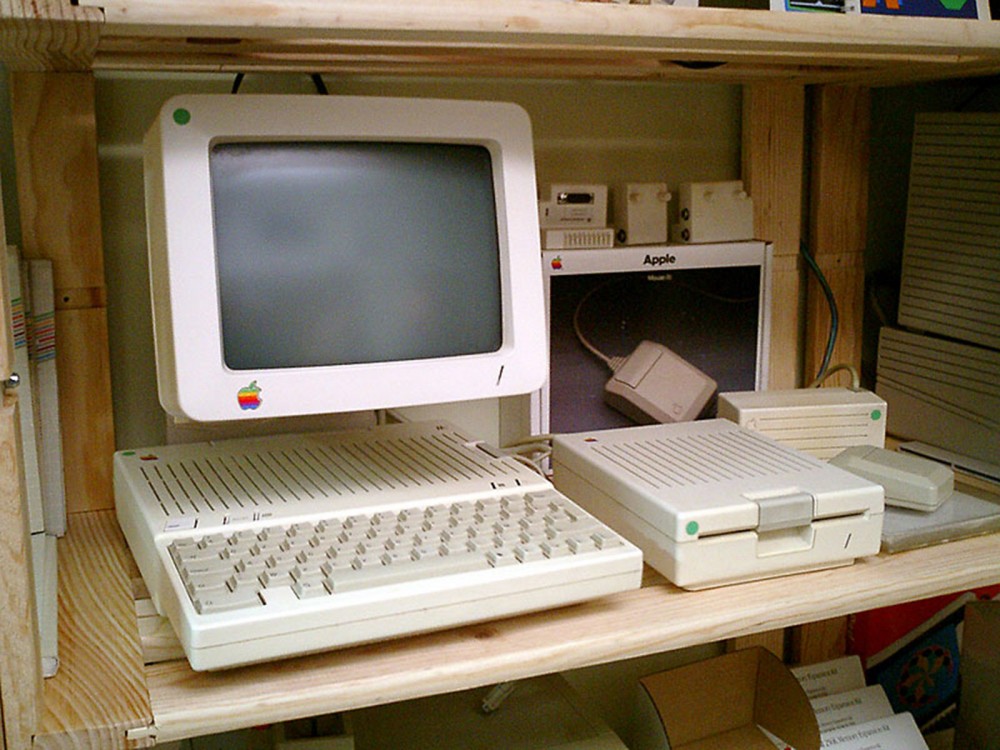 The Apple II computer, introduced in 1977, was the first successful mass-produced microcomputer meant for home use. Rather clunky-looking to our twenty-first-century eyes, this 1984 version of the Apple II was the smallest and sleekest model yet introduced. Indeed, it revolutionized both the substance and design of personal computers. Photograph of the Apple iicb. Wikimedia.

Cultural battles were even more heated in the realm of gender and sexual politics. Abortion became an increasingly divisive issue in the 1980s. Pro-life Democrats and pro-choice Republicans grew rare, as the National Abortion Rights Action League enforced pro-choice orthodoxy on the left and the National Right to Life Commission did the same with pro-life orthodoxy on the right. Religious conservatives took advantage of the Republican takeover of the White House and Senate in 1980 to push for new restrictions on abortion—with limited success. Senators Jesse Helms of North Carolina and Orrin Hatch of Utah introduced versions of a “Human Life Amendment” to the U.S. Constitution that defined life as beginning at conception; their efforts failed, though in 1982 Hatch’s amendment came within 18 votes of passage in the Senate. Reagan, more interested in economic issues than social ones, provided only lukewarm support for these efforts. He further outraged anti-abortion activists by appointing Sandra Day O’Connor, a supporter of abortion rights, to the Supreme Court. Despite these setbacks, anti-abortion forces succeeded in defunding some abortion providers. The 1976 Hyde Amendment prohibited the use of federal funds to pay for abortions; by 1990 almost every state had its own version of the Hyde Amendment. Yet some anti-abortion activists demanded more. In 1988 evangelical activist Randall Terry founded Operation Rescue, an organization that targeted abortion clinics and pro-choice politicians with confrontational—and sometimes violent—tactics. Operation Rescue demonstrated that the fight over abortion would grow only more heated in the 1990s.

The emergence of a deadly new illness, Acquired Immunodeficiency Syndrome (AIDS), simultaneously devastated, stigmatized, and energized the nation’s homosexual community. When AIDS appeared in the early 1980s, most of its victims were gay men. For a time the disease was known as GRID—Gay-Related Immunodeficiency Disorder. The epidemic rekindled older pseudo-scientific ideas about inherently diseased nature of homosexual bodies.

The Reagan administration met the issue with indifference, leading Congressman Henry Waxman to rage that “if the same disease had appeared among Americans of Norwegian descent…rather than among gay males, the response of both the government and the medical community would be different.” Some religious figures seemed to relish the opportunity to condemn homosexual activity; Catholic columnist Patrick Buchanan remarked that “the sexual revolution has begun to devour its children.” Homosexuals were left to forge their own response to the crisis. Some turned to confrontation—like New York playwright Larry Kramer. Kramer founded the Gay Men’s Health Crisis, which demanded a more proactive response to the epidemic. Others sought to humanize AIDS victims; this was the goal of the AIDS Memorial Quilt, a commemorative project begun in 1985. By the middle of the decade the federal government began to address the issue haltingly. Surgeon General C. Everett Koop, an evangelical Christian, called for more federal funding on AIDS-related research, much to the dismay of critics on the religious right. By 1987 government spending on AIDS-related research reached $500 million—still only 25% of what experts advocated. In 1987 Reagan convened a presidential commission on AIDS; the commission’s report called for anti-discrimination laws to protect AIDS victims and for more federal spending on AIDS research. The shift encouraged activists. Nevertheless, on issues of abortion and gay rights—as with the push for racial equality—activists spent the 1980s preserving the status quo rather than building on previous gains. This amounted to a significant victory for the New Right. 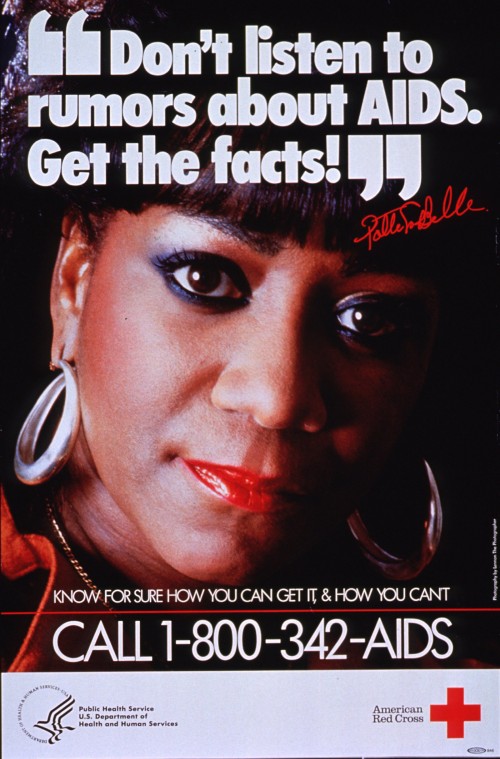 THE 1980S •  University of Washington

Culture wars of the 1980s denoted.docx

To what Extent Did Nixon's War on Drugs Influence the Mass Incarceration of the 1980's.docx

When Our Country's Legal Step Brother Moves In: Puerto Rican Migration: 1940's to the 1980's