Analyze activities to find evidence in support of a claim

Once a working thesis statement is in place, your essay has begun to establish a claim--something the project is stating to be true. No matter how elegant the claim itself is, though, it's only a small piece of the writing task. A claim by itself is powerless to influence a critically-thinking audience, and you should assume that any audience reading your work will be critical thinkers.

It's pretty alarming, and even insulting to readers, when evidence isn't provided to support a claim. Here's one study reflecting this in action: 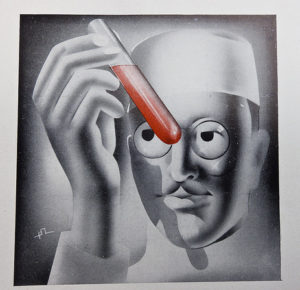 The Royal Society of Chemistry’s magazine Chemistry World published an article in 2008 on a study of psychiatric drug ads in medical journals that found that over a third of the total claims made by drug ads are not actually supported by the studies they reference as evidence.

Taken on an ad by ad basis, the results are even more shocking:

42 out of the 53 ads (nearly 80 per cent) the researchers examined made at least one claim the team couldn’t substantiate. 27 made a claim that was not supported by the data source cited by the ad. A further 15 contained claims that couldn’t be verified by the team – usually because the ads provided no sources of data to back up their claims, or made claims that could not be verified because drug firms either failed to respond to the researchers’ requests for trial data, or refused to supply it.

Six out of nine pharmaceutical companies – including GlaxoSmithKline, Pfizer, AstraZeneca and Shire – did not reply to the researchers, while Wyeth refused to send trial data.

‘In these cases, we have to take their word [that their claims were supported by scientific evidence], which, personally, I would think is not a wise idea,’ says author Glen Spielmans. Only Janssen Pharmaceutica – makers of schizophrenia drug Risperdal (risperidone) – and medical device firm Cyberonics sent relevant studies to back up their claims.

You’d think after spending all that time and effort to design and run trials which consistently support the manufacturer’s product you could just reference your own studies, but apparently even that seems too excruciatingly transparent for the spin-happy industry.

When examined by critical readers, these advertisements that fail to provide support actually do more harm than good. Doctors will be much less likely to prescribe them as a result.

We'll explore the means to locate and apply appropriate evidence to your own writing, in the following pages.

What You Will Learn To Do

The Learning Activities for This Outcome Include