Putting It Together: Research Process 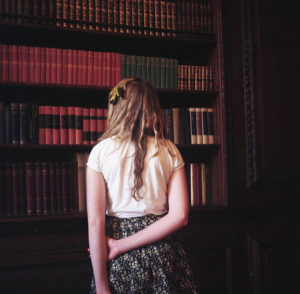 Critical thinking is hard work. Even those who actively choose to do it experience it as tedious, difficult, and sometimes surprisingly emotional. Nobel-prize winning psychologist Daniel Kahneman explains that our brains aren’t designed to think; rather, they’re designed to save us from having to think.[4] Our brains are great at developing routines and repertoires that enable us to accomplish fairly complex tasks like driving cars, choosing groceries, and having a conversation without thinking consciously and thoroughly about every move we make. Kahneman calls this “fast thinking.” “Slow thinking,” which is deliberate and painstaking, is something our brains seek to avoid. That built-in tendency can lead us astray. Kahneman and his colleagues often used problems like this one in experiments to gauge how people used fast and slow thinking in different contexts:[5]

The bat costs one dollar more than the ball.

How much does the ball cost?

Kahneman notes, “Many thousands of university students have answered the bat-and-ball puzzle, and the results are shocking. More than 50% of students at Harvard, MIT, and Princeton gave the intuitive—incorrect—answer.” These and other results confirm that “many people are overconfident, prone to place too much faith in their intuitions.”[6]

Recall the story from the opening of this module, "Kim Jung-Un Named The Onion‘s Sexiest Man Alive For 2012." News editors in China and South Korea exhibited fast thinking reflexes when they responded to, and reprinted, the story. They likely had an emotional reaction and didn't stop to question the source.

Issues that trip students up with research often stem from the same kind of "fast thinking" mistakes and misguided trust in their instincts. It takes time to develop an analytic eye towards sources, but practicing critical research skills will result in a marked improvement in the quality of your writing and the impact it has on your readers.

Assignment 4 Putting it All Together.docx