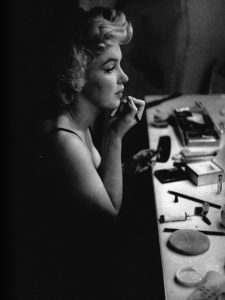 Proofreading can be seen as a tedious task that many writers avoid like a contagious disease. Sometimes, writers will simply lump several stages of the writing process into one, calling it all "proofreading the document." Careful proofreading, however, is the equivalent of combing one’s hair, straightening one’s clothing, and buffing one’s shoes before facing the public. It is possible to enter the public in an unkempt manner, but the effect upon the public might not be what one expects or prefers.

If the other writing process steps have been performed adequately, then much of the proofreading stage will be routine and limited to the few mistakes that have escaped the writer’s attention during the multiple drafting, revising, and editing stages.

Proofreading involves checking for grammatical, spelling, and mechanical errors, which may include problems with verb tense, subject-verb agreement, parallel structure, sentence completion, alternate spellings, capitalization, and punctuation. Proofreading is often made easier by the use of colored ink, bracketed or parenthetical notations, or proofreading symbols for identification and correction.

The Strange Life of Death

Subject-verb agreement errors should be checked in every independent and dependent clause. So too should parallel structure of words, phrases, and ideas. Detection of spelling or grammatical and mechanical errors should not be left to the electronic red or green colors of spell and grammar check: Electronic spell checks notoriously overlook homonyms—or erroneously insert them in place of other misspelled words. Such errors can only be found by the human eye.

Many writers find that they benefit from leaving a distance of time—and even place—between the most recent draft and the final proofreading stage before publication. These writers find that approaching a text with fresh eyes makes them better able to detect errors that might escape the attention of one who has spent a great deal of uninterrupted time with the document.

Writers who don’t have the luxury of waiting between completing a draft and proofreading it can still benefit from that fresh perspective by asking someone who hasn’t seen the document to proofread it. A word of caution is in order here, however: A writer would be wise to avoid asking the same person to proofread all of the writer’s documents, for fear of becoming too imposing.

No matter how proofreading is accomplished, it should be performed in a careful, methodical manner so that the document’s overall appearance is worthy of the writer’s professional and personal pride in the process and the product.