As you read the following passage, identify any errors in punctuation, as well as revisions for each error. The sentences have been numbered to aid you in your comments. 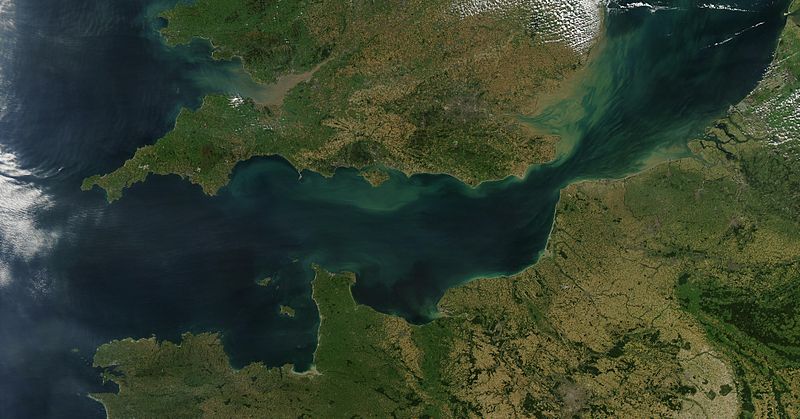 (1) Amelia "Mille" Gade Corson (1897–1982) was a Danish-born American long distance swimmer. (2) She is best known for being the seventh person and second woman to successfully swim across the English Channel! (3) She started swimming at age six and rapidly became an expert swimmer. (4) Seeking greater opportunities, she travelled to the United States in 1919. (5) Trying to find a notable accomplishment to highlight her background, she swam around the island of Manhattan; a 42 mile distance; in a time of 16 hours.

(6) Corson's next effort was the swim from Albany to New York City, a distance of 143 miles. (7) She needed someone to shadow her in a rowboat while doing the swim. Clemington Corson, who would later become her husband, volunteered. (8) She never left the water, but would stop along the shore to rest each evening. (9) She covered the distance in a total of 5 days, 3 hours, and 11.5 minutes; she swam a total of 66 hours.

(10) Her first attempt to make the English Channel crossing came in 1923, but she was forced to concede failure after a tide carried her seven miles away from shore. (11) On August 28, 1926 she began her second attempt at 11:32 at night. (12) She said that when she was struggling she thought of her children and that "their two dear faces were always in front of me". (13) Her husband called her "the finest girl and the best swimmer in the world!" (14) With her husband rowing nearby in a dory and providing her with hot chocolate, sugar lumps and crackers she was able to complete the swim in a time of 15 hours and 29 minutes.

My Goal for College composition 1.docx

A New Paradigm for Punctuation.pdf