What Is Cultural Heritage?

Published in 2014 in smarthistory 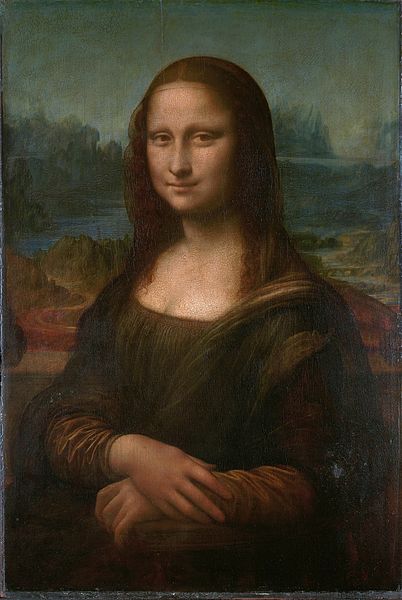 We often hear about the importance of cultural heritage. But what is cultural heritage? And whose heritage is it? Whose national heritage, for example, does the Mona Lisa by Leonardo da Vinci belong to? Is it French or Italian? First of all, let’s have a look at the meaning of the words. “Heritage" is a property, something that is inherited, passed down from previous generations. In the case of “cultural heritage,” the heritage doesn’t consist of money or property, but of culture, values and traditions. Cultural heritage implies a shared bond, our belonging to a community. It represents our history and our identity; our bond to the past, to our present, and the future.

Cultural heritage often brings to mind artifacts (paintings, drawings, prints, mosaics, sculptures), historical monuments and buildings, as well as archaeological sites. But the concept of cultural heritage is even wider than that, and has gradually grown to include all evidence of human creativity and expression: photographs, documents, books and manuscripts, and instruments, etc. either as individual objects or as collections. Today, towns, underwater heritage, and the natural environment are also considered part of cultural heritage since communities identify themselves with the natural landscape.
Moreover, cultural heritage is not only limited to material objects that we can see and touch. It also consists of immaterial elements:  traditions, oral history, performing arts, social practices, traditional craftsmanship, representations, rituals, knowledge and skills transmitted from generation to generation within a community.

Intangible heritage therefore includes a dizzying array of traditions, music and dances such as tango and flamenco, holy processions, carnivals, falconry, Viennese coffee house culture, the Azerbaijani carpet and its weaving traditions, Chinese shadow puppetry, the Mediterranean diet, Vedic Chanting, Kabuki theatre, the polyphonic singing of the Aka of Central Africa (to name a few examples).

The Importance of Protecting Cultural Heritage

But cultural heritage is not just a set of cultural objects or traditions from the past. It is also the result of a selection process: a process of memory and oblivion that characterizes every human society constantly engaged in choosing—for both cultural and political reasons—what is worthy of being preserved for future generations and what is not.

All peoples make their contribution to the culture of the world. That’s why it’s important to respect and safeguard all cultural heritage, through national laws and international treaties. Illicit trafficking of artifacts and cultural objects, pillaging of archaeological sites, and destruction of historical buildings and monuments cause irreparable damage to the cultural heritage of a country. UNESCO (United Nations Educational, Scientific and Cultural Organization), founded in 1954, has adopted international conventions on the protection of cultural heritage, to foster intercultural understanding while stressing the importance of international cooperation.

The protection of cultural property is an old problem. One of the most frequently recurring issues in protecting cultural heritage is the difficult relationship between the interests of the individual and the community, the balance between private and public rights.

Ancient Romans established that a work of art could be considered part of the patrimony of the whole community, even if privately owned. For example, sculptures decorating the façade of a private building were recognized as having a common value and couldn’t be removed, since they stood in a public site, where they could be seen by all citizens.

In his Naturalis Historia the Roman author Pliny the Elder (23–79 A.D.) reported that the statesman and general Agrippa placed the Apoxyomenos, a masterpiece by the very famous Greek sculptor Lysippos, in front of his thermal baths. The statue represented an athlete scraping dust, sweat and oil from his body with a particular instrument called “strigil.” Emperor Tiberius deeply admired the sculpture and ordered it be removed from public view and placed in his private palace. The Roman people rose up and obliged him to return the Apoxyomenos to its previous location, where everyone could admire it.

Our right to enjoy the arts, and to participate in the cultural life of the community is included in the United Nation’s 1948 Universal Declaration of Human Rights.

The term “cultural heritage” typically conjures up the idea of a single society and the communication between its members. But cultural boundaries are not necessarily well-defined. Artists, writers, scientists, craftsmen and musicians learn from each other, even if they belong to different cultures, far removed in space or time. Just think about the influence of Japanese prints on Paul Gauguin’s paintings; or of African masks on Pablo Picasso’s works. Or you could also think of western architecture in Liberian homes in Africa. When the freed African-American slaves went back to their homeland, they built homes inspired by the neoclassical style of mansions on American plantations. American neoclassical style was in turn influenced by the Renaissance architect Andrea Palladio, who had been influenced by Roman and Greek architecture.

Let’s take another example, that of the Mona Lisa painted in the early sixteenth century by Leonardo da Vinci, and displayed at the Musée du Louvre in Paris. From a modern point of view, whose national heritage does the Mona Lisa belong to?

Leonardo was a very famous Italian painter, that’s why the Mona Lisa is obviously part of the Italian cultural heritage. When Leonardo went to France, to work at King Francis I’s court, he probably brought the Mona Lisa with him. It seems that in 1518 King Francis I acquired theMona Lisa, which therefore ended up in the royal collections: that’s why it is obviously part of the French national heritage, too. This painting has been defined as the best known, the most visited, the most written about and the most parodied work of art in the world: as such, it belongs to the cultural heritage of all mankind.

Cultural heritage passed down to us from our parents must be preserved for the benefit of all. In an era of globalization, cultural heritage helps us to remember our cultural diversity, and its understanding develops mutual respect and renewed dialogue amongst different cultures.

1.4 Assignment Cultural Heritage and the Humanities.docx

Drawbacks of professional Teams at the International Level and with Diverse Cultural Heritage (2).do

After reading and analyzing the first three levels of Bloom.docx

Unit 2 - What is Cultural Heritage.docx