Categorize molecules according to their functional group

In this outcome, we'll learn about functional groups and the effects they have on the molecules they are bonded to.

Note: R doesn't always stand for the same organic molecule. It can stand in for an infinite variety of molecules.
Functional groups are found along the "carbon backbone" of macromolecules which is formed by chains and/or rings of carbon atoms with the occasional substitution of an element such as nitrogen or oxygen. Molecules with other elements in their carbon backbone are substituted hydrocarbons. Each of the four types of macromolecules—proteins, lipids, carbohydrates, and nucleic acids—has its own characteristic set of functional groups that contributes greatly to its differing chemical properties and its function in living organisms.

A functional group can participate in specific chemical reactions. Some of the important functional groups in biological molecules include: hydroxyl, methyl, carbonyl, carboxyl, amino, phosphate, and sulfhydryl groups. These groups play an important role in the formation of molecules like DNA, proteins, carbohydrates, and lipids.

Functional groups are usually classified as hydrophobic or hydrophilic depending on their charge or polarity. An example of a hydrophobic group is the non-polar methane molecule. Among the hydrophilic functional groups is the carboxyl group found in amino acids, some amino acid side chains, and the fatty acid heads that form triglycerides and phospholipids. This carboxyl group ionizes to release hydrogen ions (H+) from the —COOH group resulting in the negatively charged —COO– group; this contributes to the hydrophilic nature of whatever molecule it is found on. Other functional groups, such as the carbonyl group, have a partially negatively charged oxygen atom that may form hydrogen bonds with water molecules, again making the molecule more hydrophilic.

Fructose is a common sugar that you've probably come into contact with in your life. What functional groups can be found in a fructose molecule? 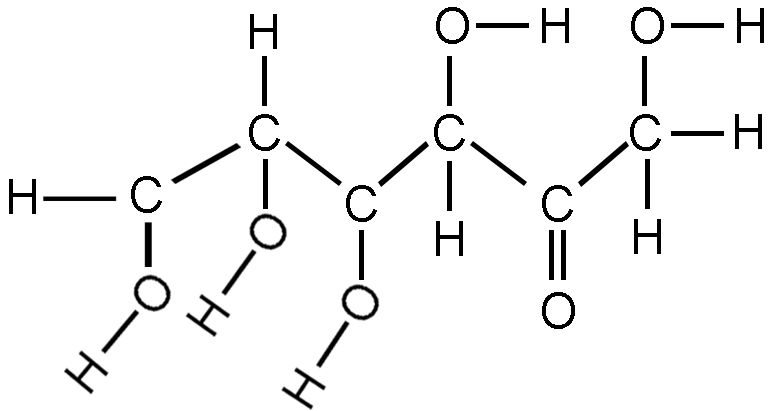 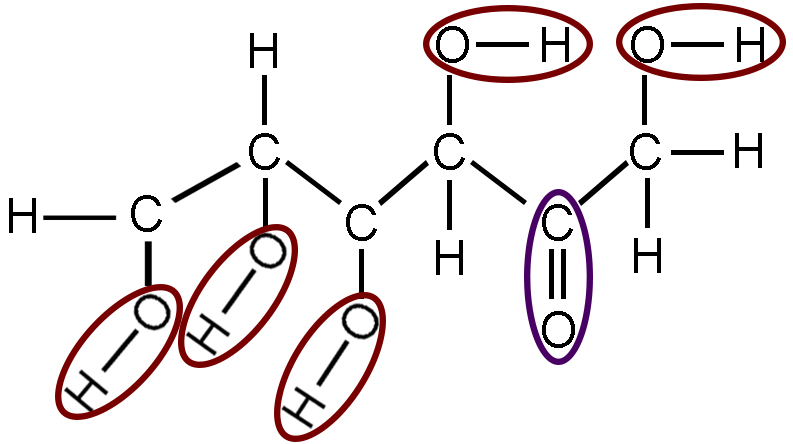 Leucine is an amino acid that plays an important role in muscle development. What functional groups can be found in a leucine molecule? 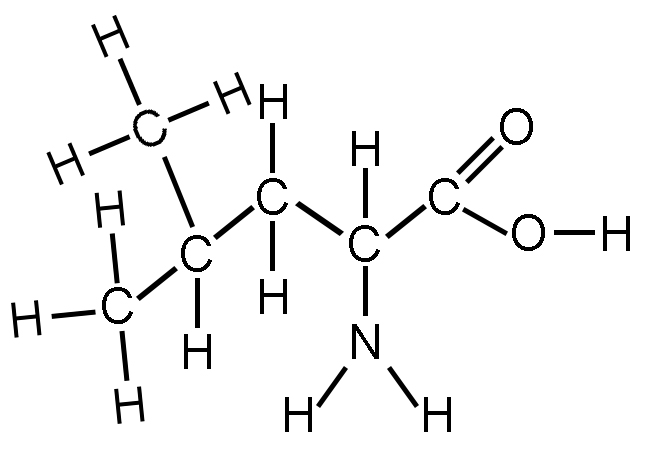 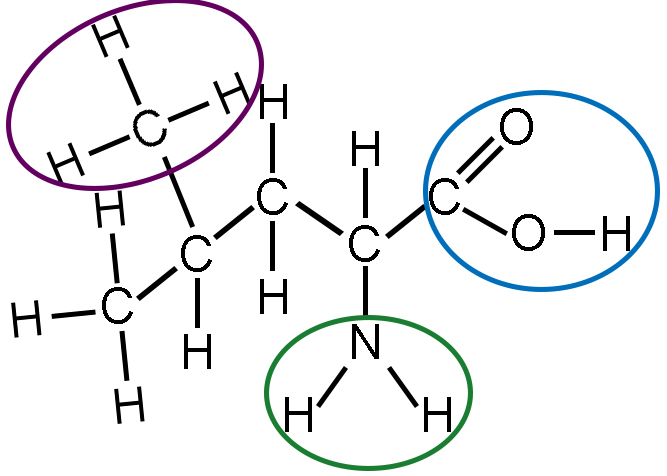 Hydrogen bonds between functional groups (within the same molecule or between different molecules) are important to the function of many macromolecules and help them to fold properly into and maintain the appropriate shape for functioning. Hydrogen bonds are also involved in various recognition processes, such as DNA complementary base pairing and the binding of an enzyme to its substrate, as illustrated in Figure 1. 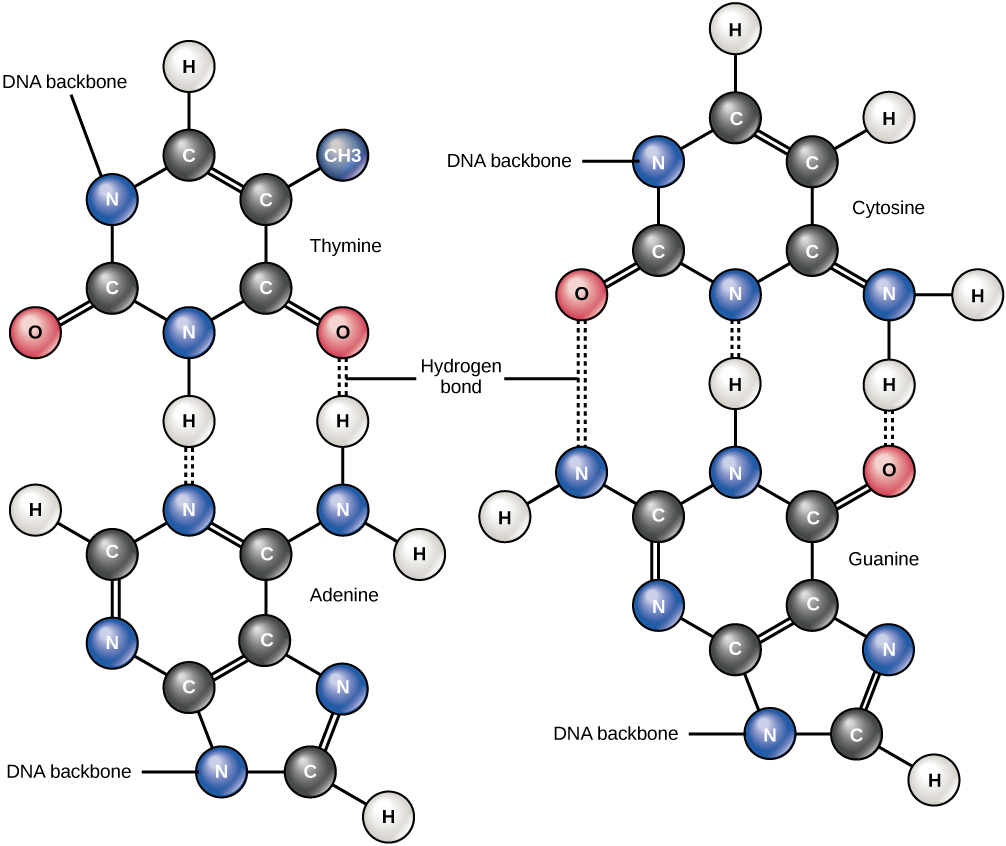 The unique properties of carbon make it a central part of biological molecules. Carbon binds to oxygen, hydrogen, and nitrogen covalently to form the many molecules important for cellular function. Carbon has four electrons in its outermost shell and can form four bonds. Carbon and hydrogen can form hydrocarbon chains or rings. Functional groups are groups of atoms that confer specific properties to hydrocarbon (or substituted hydrocarbon) chains or rings that define their overall chemical characteristics and function.