What you'll learn to do: Discuss strategies for creating a functional workplace by combating biases 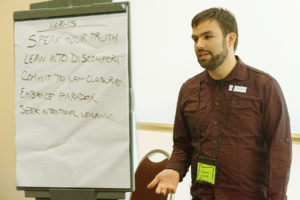 Our perceptions and the resulting judgments we make are prone to error. The terms we use to define our perceptions are often used without a clear understanding of the history of a particular term or the impact it has on the individuals and groups we are defining.

Understanding both the errors and the terminology creates an awareness that is a step toward creating a shared and inclusive view of reality—and possibility—in the workplace. 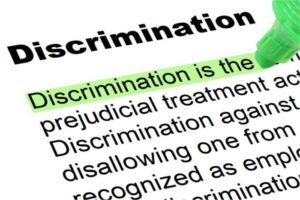 Social perception is relative, reflecting both positive and negative impressions of people based on a range of factors. Our perceptions of people help to allow us to make decisions and snap judgments, but can also lead to biased or stereotyped conclusions. Although often used interchangeably, the terms used to describe these perception errors—stereotype, prejudice and discrimination—have different meanings and connotations.

Stereotypes are oversimplified generalizations about groups of people; stereotypes can be based on race, ethnicity, age, gender, sexual orientation—almost any characteristic. They may be positive (usually when referencing one’s own group, such as when women suggest they have better soft skills), but are often negative (usually toward other groups, such as when members of a dominant racial group suggest that a minority racial group is dangerous or stupid).

In either case, the stereotype is a generalization that doesn’t take individual differences into account. As novelist Chimamanda Ngozi Adichie explains in a TED Global talk titled “The Danger of a Single Story,” the problem of stereotypes is not that they are wrong, but they are incomplete. Adiechie is a storyteller par excellence; with good humor and keen observation, her talk raises our awareness of everyday errors and is a powerful antidote to stereotypes.

Prejudice refers to the beliefs, thoughts, feelings, and attitudes someone holds about a group. A prejudice is not based on one’s experiences; instead, it is a prejudgment, originating outside actual experience. In the 1970 documentary Eye of the Storm, Jane Elliott illustrates the way in which prejudice develops. The documentary shows how defining one category of people as superior (in this case, children with blue eyes) results in prejudice against people who are not part of the favored category.

While prejudice refers to biased thinking, discrimination consists of actions against a group of people. Discrimination can be based on age, race, religion, health, and other indicators. Discrimination can take many forms, from unfair housing practices to biased hiring systems. Equal Employment Opportunity legislation and enforcement by the EEOC is an attempt to prevent discrimination in the workplace. However, we can’t erase discrimination from our culture just by passing laws to abolish it. As alluded to in the discussion of race, discrimination is a complex issue that relates to educational, economic, legal, and political systems in our society.

Prejudice and discrimination can overlap and intersect. One area of particular opportunity is raising awareness of unconscious bias. In a Fast Company article titled “How Unconscious Bias Affects Everything You Do,” author Howard Ross relays a classic example of how major orchestras overcame systemic hiring bias to achieve relative gender equity. Although there were a number of contributing factors (for example, advertising auditions rather than relying on invitations only) the critical factor was implementing blind auditions where raters did not see the musicians. The critical aspect of this example is that the bias wasn’t overcome until auditioners were asked to remove their shoes before entering the audition area. Prior to that, raters were still influenced in their judgement by the sound of a person’s shoes (i.e., the sound of either heels or flat shoes led the raters to make a judgement about the gender of the auditioner).

Unconscious bias isn’t limited to a particular industry or gender. Ross notes that “Over 1,000 studies in the past 10 years alone have conclusively shown that if you’re human, you have bias, and that it impacts almost every variation of human identity: Race, gender, sexual orientation, body size, religion, accent, height, hand dominance, etc.” The conclusion: “The question is not ‘do we have bias?’ but rather ‘which are ours?’”

Bias in the Workplace 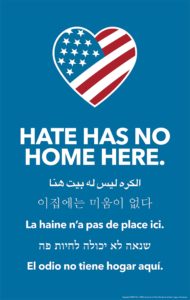 When thinking about diversity in the workplace, chances are, most individuals tend to see themselves as good-intentioned, egalitarian, and fair-minded people. They certainly do not go out of their way to denigrate others. However, believing yourself to be "good" simply because you're not actively engaging in hateful behavior is an overly simplistic and, ultimately, unaware viewpoint because everyone has unconscious bias of some kind. The steps individuals take (or don't take!) to recognize and combat these unconscious biases has a direct impact on the workplace and everyday life.

It is important to be aware of how biases can affect individuals’ behavior. While there are laws and regulations  designed to protect against explicit and extreme bias (e.g., not hiring someone because of their race, gender, ability, or age), there are also instances when seemingly “small” things individuals say or do in the workplace can leave a long-lasting impression in employees’ minds.

Such “small” things are known as microaggressions or microinvalidations: daily forms of taken-for-granted bias and discrimination that have a real effect on people’s lives. The work of anti-racism and anti-discrimination is the ongoing struggle to recognize and respond to this situation.

Watch this video to see some examples of everyday microaggressions and microinvalidations. This video comes from Derald Wing Sue, Professor of Psychology and Education at Columbia University, and his book titled Microaggressions in Everyday Life: Race, Gender and Sexual Orientation.


This video illustrates examples of microaggressions that real people have experienced. After watching this video, you may have realized you have experienced one or more of these examples. These small slights aren’t just “in your head,” and it can feel like a relief that there is a term for this experience. Microaggressions are, by nature, hurtful and boundary-crossing. The statements and nonverbal communication from the video make an assumption about the history, identity, body, or community of the person holding the sign. A microaggression might also be distressing to another person in the room who may be overhearing the remark.

If you are the target of, or observe, a microaggression, you are not responsible for solving the problem unless you wish to take on that responsibility. But actions you might take to help management and other employees take responsibility could include:

Our differences from each other are important and worth addressing because they allow us to deepen our conversations and share perspectives that may vary according to our national, racial, gender, or class identity. Very often, a microaggression is seen by the perpetrator as a compliment, a statement about someone not in the room, or as an expression of desire to be more familiar than the actual relationship with the person would support. Most importantly, a microaggression, because it reflects a biased attitude towards a whole group, may make it more difficult for members of that group to learn, be in the classroom space, or speak their minds. Reducing or eliminating microaggressions, and responding appropriately when one occurs, is everyone’s responsibility, and we can do it while still preserving academic freedom and insisting on everyone’s right to speak openly and frankly. On the other hand, we shouldn’t be afraid to talk to each other, and even prior to friendship, we want to understand where people are coming from.

What Can I Do?

If microaggressions are, as the definition says, often unintentional, can we be intentional and reduce them? Here are some things to keep in mind that might shape our intentions:

Impact of Bias in the Workplace

Given that we all have perception errors, what’s the impact of these errors on communication in the workplace? Unchecked, bias creates language, policies, operating procedures, and myriad other communications that inhibit the development of an inclusive culture. In an article titled "Perception Is Reality When It Comes to Women in the Workforce," the author cites a study showing that language (in this case, the gender interpretation of names) can also lead to discrimination and that discrimination can be perpetrated by both men and women.

For a best practices regarding diversity and inclusion, understanding and mitigating the impact of unconscious bias is now considered an essential twenty-first century leadership skill. To help develop this skill, Catalyst, a research and women’s equity advocacy organization, has teamed with massive open online course (MOOC) provider edX to deliver a free, self-paced training: Unconscious Bias: From Awareness to Action.