All businesses, both for-profit and nonprofit, need resources in order to operate. Simply put, resources are the inputs used to produce outputs (goods and/or services). Resources are also called factors of production. What makes something a resource? For one thing, it needs to be productive.

The following video will give you an overview of what economists mean when they talk about resources or factors of production.

There are four categories of resources, or factors of production:

Natural resources have two fundamental characteristics: (1) They are found in nature, and (2) they can be used for the production of goods and services. In order to provide benefit, people first have to discover them and then figure out how to use them in the the production of a good or service. Examples of natural resources are land, trees, wind, water, and minerals.

Labor refers to human resources (also called human capital)—physical or intellectual. You’re adding to your own human resources right now by learning. You may possess certain human resources already—perhaps you have an athletic gift that enables you to play professional ball to earn a living, for example—but you can also develop them through job training, education, experience, and so on.

The word labor often calls to mind physical labor—working in a factory or field, constructing a building, waiting tables in a restaurant—but it can refer to any human input (paid or unpaid) involved in the production of a good or service. This broader definition of labor is particularly important in today's technology-driven business environment, which has come to rely much more on the intellectual contributions of the labor force than the physical labor required of, say, working in a production line. Intellectual contributions include experience in and out of school, training, skills, and natural abilities. In order to remain competitive, businesses place a premium on employees who bring these “soft skills” to the table. Many of the advances in our world today are the result of the application of intellectual human resources.

Finally, labor brings creativity and innovation to businesses. Businesses use human creativity to address changes in consumer preferences and to invent goods and services that consumers haven't even imagined yet. Without creativity, innovation would stall, and economies would stagnate.

Before we discuss capital, it’s important to point out that money is NOT a resource. Remember that resources need to be productive. They have to be used to make something else, and money can’t do that. Money certainly helps the economy move along more efficiently and smoothly, like grease for the economic machine. But in and of itself, it can’t produce anything. It’s used to acquire the productive resources that can produce goods and services. This confusion is understandable, given that businesspeople frequently talk about "financial capital," or "investment capital," which does mean money.

In contrast to natural resources, capital is a resource that has been produced but is also used to produce other goods and services. This factor of production includes machinery, tools, equipment, buildings, and technology. Businesses must constantly upgrade their capital to maintain a competitive edge and operate efficiently. In the last couple decades or so, businesses have faced unprecedented technological change and have had to meet the demands of consumers whose lives increasingly take place in a virtual world. Almost every business has a Web presence, and many customers are more accustomed to interacting with a virtual version of the business than a brick and mortar store.

Thus far we have looked at natural resources, human resources, and capital as three inputs needed to create outputs. The last one we need to consider is perhaps the most important: entrepreneurship. This resource is a special form of labor provided by an entrepreneur. An entrepreneur is someone who is willing to risk his or her time and money to start or run a business—usually with the hope of earning a profit in return. Entrepreneurs have the ability to organize the other factors of production and transform them into a business. Without entrepreneurship many of the goods and services we consume today would not exist. 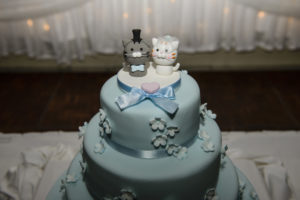 Let’s return to the example given at the beginning of this section: baking a cake.

Copy of Synthesizing Information The Factors of Production.docx

Session 02 - The Factors of Production.ppt

Factors of Production and Types of Businesses Questions

6.The market for the factors of production.docx

How Factors of Production Affect Business.docx

Factors in the Production Activities of Companies.docx

Factors of Production and Costs.docx

The Production Process_ How Do We Make It_ - Introduction to Business.pdf

Chapter 3 - Creating Businesses and Products_ the Factors of Production.pdf

BUSINESS 239 •  Polytechnic University of the Philippines