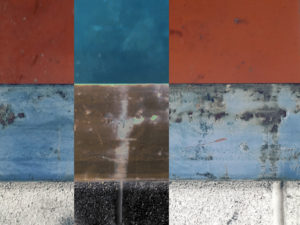 Governments use laws and regulations to point business behavior in what they perceive to be beneficial directions. Business ethics implicitly regulates behavior that lies beyond governmental control. Business ethics refers to contemporary standards or sets of values that govern the actions and behavior of individuals in the business organization and the actions of the business itself. It applies to all aspects of business conduct and is relevant to the conduct of individuals and entire organizations. [9] Corporations and professional organizations, particularly licensing boards, will usually have a written “Code of Ethics” that governs standards of professional conduct expected of all in the field.

As the definition of business ethics above suggests, business ethics is a broad term that applies to the behavior of the individuals who work at a business as well as the actions of the business itself. There is a narrower term, "corporate ethics," that is used for this second area of the actions of a business. Corporate ethics express the values of an organization to its internal and external stakeholders. Corporate ethics has become such an important concern that companies such as Covalence EthicalQuote have cropped up to monitor the ethical behavior of businesses. These private firms track the world’s largest companies in areas such as corporate social responsibility, ethics, and sustainability, and then provide ratings, news, and data to investors and the general public. Web sites such as Ethical Consumer promote "ethical consumerism" to help consumers act in the marketplace in ways that are consistent with their ethics. Year after year, companies such as Nestle, Bayer, and Monsanto grace the top of the "worst of the worst" lists.

But it's not all grim news or tattling when it comes to business ethics. For example, the Scottsdale, Arizona-based Ethisphere Institute—an organization focused on gauging ethical business practices—publishes a list of the “World’s Most Ethical Companies" on an annual basis. The overall goal of Ethisphere’s rankings is to reward organizations with good practices and offer a model—and actionable advice—on how corporate entities should conduct themselves, says chief marketing and strategy officer, Tia Smallwood. “The papers are filled with scandals and companies that made judgment errors, that made policy errors or that don’t have good practices in place to handle things like non-retaliation or transparency or open reporting, or have had a crisis and handled it poorly,” she said. “But there a lot of companies that are really trying to do things the right way.”  Notable call-outs this year are firms that have been honored every year of the list’s existence. Those include Aflac, Fluor Corporation, GE, Kao Corporation (Japan), Milliken & Company, Starbucks and UPS.[10]

How, then, do businesses encourage and support ethical behavior? Often the ethical tone of a business is set by organizational leadership.

Consider the following observation by the Ethics and Compliance Initiative (ECI) on the results of the National Business Ethics survey:


Managers–those expected to act as role models or enforce discipline–are responsible for a large share of workplace misconduct (60 percent) and senior managers are more likely than lower-level managers to break rules. Surveyed employees said that members of management are responsible for six of every ten instances of misconduct and they pointed the finger at senior managers in 24 percent of observed rule breaking. Middle managers were identified as the culprit 19 percent of the time and first-line supervisors were identified as bad actors 17 percent of the time.[11]

If a  company is looking for ways to boost or ensuring ethical behavior in an organization, this is an interesting and alarming finding. In a supplemental report on Ethical Leadership, ECI reports that employees at all sizes of companies draw conclusions about their leaders’ character primarily on the basis of the following:

Employees want to know, for example, whether leaders treat lower level employees with dignity and respect, share credit when good things happen, and uphold standards even when it reduces revenues and profits. They watch to see whether leaders are steady in crisis, hold themselves accountable or, alternatively, shift blame to others. Workers also look at day-to-day management decisions to gauge whether ethical behavior is recognized and rewarded, or whether praise and promotions go to workers who bend the rules.[12]

These findings suggest the important role that executives play in building ethical organizations—ethics and integrity tend to start (or fail) at the top and trickle down.

The Role of Executives and Managers in Setting Ethical Standards

When executives establish specific, measurable objectives for the company, those objectives determine where people will focus their time and effort. When the objectives cannot be met and there are dire personal consequences for failure, such conditions can lead to the compromise of ethics and standards. In the National Business Ethics Survey, 70 percent of employees identified pressure to meet unrealistic business objectives as most likely to cause them to compromise their ethical standards, and 75 percent identified either their senior or middle management as the primary source of pressure they feel to compromise the standards of their organizations. 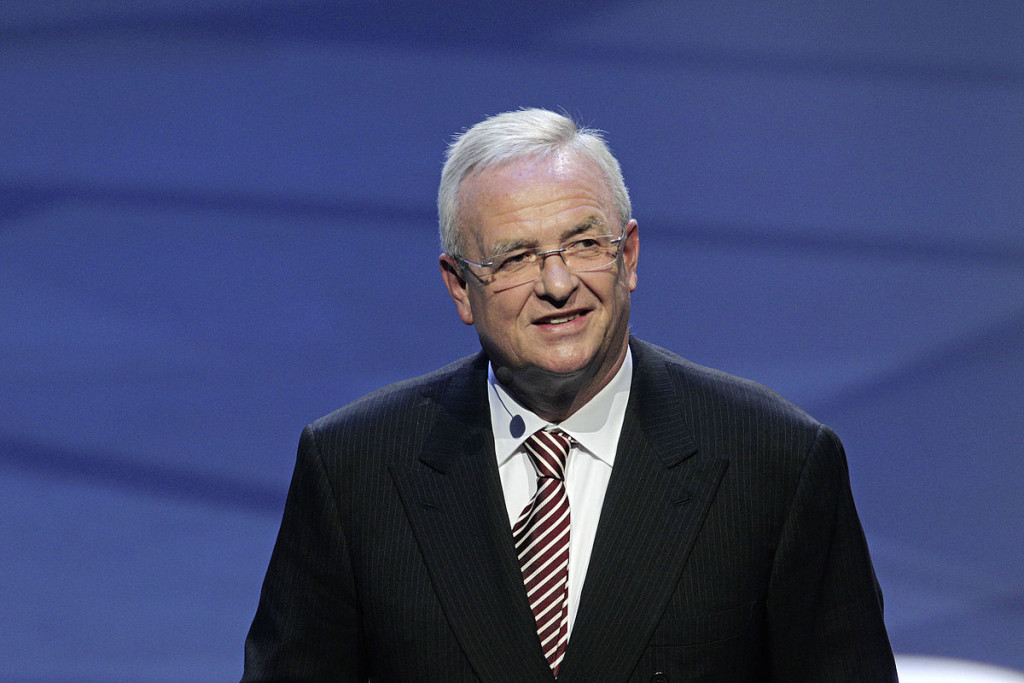 In the Volkswagen case, internal investigations have questioned how both the company culture and the behavior of former CEO Martin Winterkorn contributed to a systemic ethical breach. Like many chief executives, Martin Winterkorn was a demanding boss who didn't like failure, but critics say the pressure on managers at Volkswagen was unusual, which may go some way toward explaining the carmaker's crisis. When he became CEO in 2007, Winterkorn set an objective to make VW the world's biggest carmaker, which would require tremendous growth in the highly competitive U.S. car market. In the years since, VW has nearly doubled it global annual sales to 10 million cars and its revenue to $225 billion. In early 2015, VW finally approached its goal, selling marginally more vehicles than the world's number-one automaker, Toyota of Japan. One former sales executive said that the pressure soared under the target. "If you didn't like it, you moved of your own accord or you were performance-managed out of the business," he said.[13]

In describing a Winterkorn's leadership style, a former VW executive confidentially told Reuters New Agency, "There was always a distance, a fear and a respect . . . If he would come and visit or you had to go to him, your pulse would go up. If you presented bad news, those were the moments that it could become quite unpleasant and loud and quite demeaning."

A week after U.S. regulators revealed the company's cheating, Bernd Osterloh, the employee representative on VW's supervisory board, sent a letter to VW staff suggesting the change that was needed: "We need in the future a climate in which problems aren't hidden but can be openly communicated to superiors," said Osterloh. "We need a culture in which it's possible and permissible to argue with your superior about the best way to go."[14]

In Fortune magazine, Dr. Paul Argenti suggested, "Rather than playing the blame game, executives should ask if pressures to grow at all costs might have created dishonest employees."[15]

It seems likely that aggressive corporate objectives (and more specifically marketing objectives related to market share) played a contributing role in the Volkswagen ethics scandal. Moreover, when executives set aggressive goals, it becomes more important to cultivate communication channels to openly address issues. This was obviously not the case at Volkswagon.

Executives play an important role in creating company policies on ethics—and by visibly following and upholding them. As the survey data cited above suggest, employees look to executives to decide whether standards-of-business-conduct policies should be observed and respected. When executives bend the rules or turn a blind eye to bad behavior, the policies lose value and executives lose the respect of employees. This opens the door to a range of unanticipated issues, as employees look to ethical norms outside stated policy and beyond the executives' control.

Internal promotions send very strong signals about what is important to a company. When the company hires an employee from a different company, she is likely not well known by most employees. If the company promotes an employee who is already working at the company, others know him and understand what he has done to deserve the promotion. If the company promotes individuals to management positions when they have displayed questionable ethics in the workplace, it creates two issues. First, it creates a level of managers who are more likely to encourage their employees to achieve business results at any cost, even when ethics are compromised. Second, it sends a message to all employees that business results are more important than ethics.

Company Codes of Ethics and Codes of Practice

An increasing number of companies requires employees to attend trainings regarding business conduct. These typically include discussions of the company's policies, specific case studies, and legal requirements. Some companies even require their employees to sign agreements stating that they will abide by the company's rules of conduct.

As part of more comprehensive compliance and ethics programs, many companies have formulated internal policies pertaining to the ethical conduct of employees. They are generally documented in one of two ways:

Richard DeGeorge, author of Business Ethics, has this to say about the importance of maintaining a corporate code:

Corporate codes have a certain usefulness and there are several advantages to developing them. First, the very exercise of doing so in itself is worthwhile, especially if it forces a large number of people in the firm to think through, in a fresh way, their mission and the important obligations they as a group and as individuals have to the firm, to each other, to their clients and customers, and to society as a whole. Second, once adopted, a code can be used to generate continuing discussion and possible modification to the code. Third, it could help to inculcate in new employees at all levels the perspective of responsibility, the need to think in moral terms about their actions, and the importance of developing the virtues appropriate to their position.[16]

Beyond establishing policies or codes that guide the ethical behavior of the company or employees, many companies are assessing the environmental factors that can lead employees to engage in unethical conduct. A competitive business environment may call for unethical behavior. For example, lying has become the norm in fields such as stock and security trading. Sometimes there is disconnection between the company's code of ethics and the company's actual practices. Thus, whether or not such conduct is explicitly sanctioned by management, at worst, this makes the policy duplicitous, and, at best, it is merely a marketing tool.

Not everyone supports corporate policies that govern ethical conduct. Some claim that ethical problems are better dealt with by relying upon employees to use their own judgment. Others believe that corporate ethics policies are primarily rooted in utilitarian concerns, and that they are mainly to limit the company's legal liability, or to curry public favor by giving the appearance of being a good corporate citizen. Ideally, the company will avoid a lawsuit because its employees will follow the rules. Should a lawsuit occur, the company can claim that the problem wouldn't have arisen if the employee had followed the code properly.

ETHICS 101 •  University of the Fraser Valley

ETHICAL 123 •  The National University of Malaysia