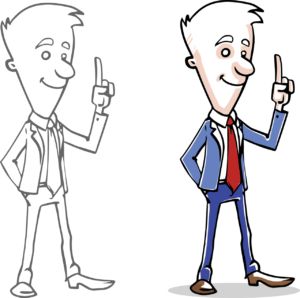 The idea that a manager's attitude has an impact on employee motivation was originally proposed by Douglas McGregor, a management professor at the Massachusetts Institute of Technology during the 1950s and 1960s. In his 1960 book, The Human Side of Enterprise, McGregor proposed two theories by which managers perceive and address employee motivation. He referred to these opposing motivational methods as Theory X and Theory Y management. Each assumes that the manager's role is to organize resources, including people, to best benefit the company. However, beyond this commonality, the attitudes and assumptions they embody are quite different.

According to McGregor, Theory X management assumes the following:

Essentially, Theory X assumes that the primary source of employee motivation is monetary, with security as a strong second. Under Theory X, one can take a hard or soft approach to getting results.

The hard approach to motivation relies on coercion, implicit threats, micromanagement, and tight controls— essentially an environment of command and control. The soft approach, however, is to be permissive and seek harmony in the hopes that, in return, employees will cooperate when asked. However, neither of these extremes is optimal. The hard approach results in hostility, purposely low output, and extreme union demands. The soft approach results in a growing desire for greater reward in exchange for diminished work output.

It might seem that the optimal approach to human resource management would lie somewhere between these extremes. However, McGregor asserts that neither approach is appropriate, since the basic assumptions of Theory X are incorrect.

Drawing on Maslow's hierarchy of needs, McGregor argues that a need, once satisfied, no longer motivates. The company uses monetary rewards and benefits to satisfy employees' lower-level needs. Once those needs have been satisfied, the motivation disappears. Theory X management hinders the satisfaction of higher-level needs because it doesn't acknowledge that those needs are relevant in the workplace. As a result, the only way that employees can attempt to meet higher-level needs at work is to seek more compensation, so, predictably, they focus on monetary rewards. While money may not be the most effective way to self-fulfillment, it may be the only way available. People will use work to satisfy their lower needs and seek to satisfy their higher needs during their leisure time. However, employees can be most productive when their work goals align with their higher-level needs.

McGregor makes the point that a command-and-control environment is not effective because it relies on lower needs for motivation, but in modern society those needs are mostly satisfied and thus are no longer motivating. In this situation, one would expect employees to dislike their work, avoid responsibility, have no interest in organizational goals, resist change, etc.—creating, in effect, a self-fulfilling prophecy. To McGregor, a steady supply of motivation seemed more likely to occur under Theory Y management.

Under these assumptions, there is an opportunity to align personal goals with organizational goals by using the employee's own need for fulfillment as the motivator. McGregor stressed that Theory Y management does not imply a soft approach.

McGregor recognized that some people may not have reached the level of maturity assumed by Theory Y and may initially need tighter controls that can be relaxed as the employee develops.

If Theory Y holds true, an organization can apply the following principles of scientific management to improve employee motivation:

If properly implemented, such an environment can increase and continually fuel motivation as employees work to satisfy their higher-level personal needs through their jobs. 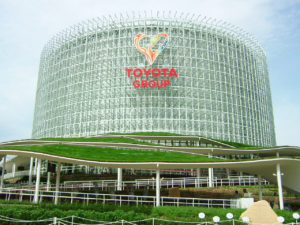 During the 1980s, American business and industry experienced a tsunami of demand for Japanese products and imports, particularly in the automotive industry. Why were U.S. consumers clambering for cars, televisions, stereos, and electronics from Japan? Two reasons: (1) high-quality products and (2) low prices. The Japanese had discovered something that was giving them the competitive edge. The secret to their success was not what they were producing but how they were managing their people—Japanese employees were engaged, empowered, and highly productive.

Management professor William Ouchi argued that Western organizations could learn from their Japanese counterparts. Although born and educated in America, Ouchi was of Japanese descent and spent a lot of time in Japan studying the country's approach to workplace teamwork and participative management. The result was Theory Z—a development beyond Theory X and Theory Y that blended the best of Eastern and Western management practices. Ouchi's theory first appeared in his 1981 book, Theory Z: How American Management Can Meet the Japanese Challenge. The benefits of Theory Z, Ouchi claimed, would be reduced employee turnover, increased commitment, improved morale and job satisfaction, and drastic increases in productivity.

Theory Z stresses the need to help workers become generalists, rather than specialists. It views job rotations and continual training as a means of increasing employees' knowledge of the company and its processes while building a variety of skills and abilities. Since workers are given much more time to receive training, rotate through jobs, and master the intricacies of the company's operations, promotions tend to be slower. The rationale for the drawn-out time frame is that it helps develop a more dedicated, loyal, and permanent workforce, which benefits the company; the employees, meanwhile, have the opportunity to fully develop their careers at one company. When employees rise to a higher level of management, it is expected that they will use Theory Z to "bring up," train, and develop other employees in a similar fashion.

Ouchi's Theory Z makes certain assumptions about workers. One assumption is that they seek to build cooperative and intimate working relationships with their coworkers. In other words, employees have a strong desire for affiliation. Another assumption is that workers expect reciprocity and support from the company. According to Theory Z, people want to maintain a work-life balance, and they value a working environment in which things like family, culture, and traditions are considered to be just as important as the work itself. Under Theory Z management, not only do workers have a sense of cohesion with their fellow workers, they also develop a sense of order, discipline, and a moral obligation to work hard. Finally, Theory Z assumes that given the right management support, workers can be trusted to do their jobs to their utmost ability and look after for their own and others' well-being.

Theory Z also makes assumptions about company culture. If a company wants to realize the benefits described above, it need to have the following:


Theory Z is not the last word on management, however, as it does have its limitations. It can be difficult for organizations and employees to make life-time employment commitments. Also, participative decision-making may not always be feasible or successful due to the nature of the work or the willingness of the workers. Slow promotions, group decision-making, and life-time employment may not be a good fit with companies operating in cultural, social, and economic environments where those work practices are not the norm.

MSIT MGMT610 •  University of the Potomac

MGMT 610 •  University of the Potomac

BUS. 102 •  University College of the Caribbean

BUSINESS MGMT 3003 •  University of the West Indies at Mona

BUSINESS 5113 •  University of the People

BUOL 532 •  University of the Cumberlands