Why It Matters: Accounting and Finance

Why learn about accounting and finance? 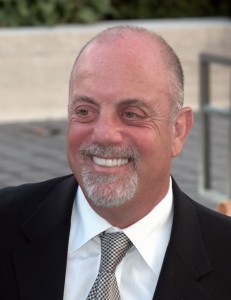 Billy Joel at the 2009 premiere of the Metropolitan Opera in New York City.

If you don't immediately recognize the face in the picture, you'd probably recognize his music.

If you said this is Billy Joel, "The Piano Man," well done! In case you are unfamiliar with his accomplishments, read the following, from his Web site:

Billy Joel has had 33 Top 40 hits and 23 Grammy nominations since signing his first solo recording contract in 1972. In 1990, he was presented with a Grammy Legend Award. Inducted into the Songwriters Hall of Fame in 1992, Joel was presented with the Johnny Mercer Award, the organization's highest honor, in 2001. In 1999 he was inducted into the Rock & Roll Hall of Fame, and has received the Recording Industry Association of America Diamond Award, presented for albums that have sold over 10 million copies.

In November, 2014, Billy Joel received The Library of Congress Gershwin Prize for Popular Song. In 2014 he also received the once-in-a-century ASCAP Centennial Award, presented to American music icons in recognition of their incomparable accomplishments in their respective music genres and beyond[2]

So, what is Billy Joel pop/rock icon and ex-husband of "Uptown Girl" and supermodel Christie Brinkley doing in the accounting chapter? Well, Joel apparently never took accounting or knew enough about its basic principles to be an informed consumer of his own financial information. How can we tell? Because if he had understood how to read an income statement or balance sheet, he might not have found himself on the verge of bankruptcy in 1989.

In 1989 Billy Joel filed a $90-million lawsuit against his former manager, Frank Weber, for mishandling his income and expenses. According to the court documents, just two of the charges were the following:

How was Joel supposed to have known this was happening and prevented it? How could understanding something about accounting have helped him? How can it help you?

In order to ask a question, you have to possess enough knowledge about a subject to know what to ask. Even understanding how to compare financial statements between multiple periods could have helped. Knowing what should have appeared on the various financial statements might have helped Joel spot gaps and missing information. Does that mean that understanding accounting protects you (or Billy Joel) from unethical business practices? Unfortunately, if someone is determined to act unethically, they'll probably find a way. Nonetheless, becoming an informed consumer of financial and accounting information can teach you what to look for, tip you off to irregularities, and reduce your likelihood of being a victim of others' financial dishonesty or mistakes.  In short, there are many good reasons to study accounting even if you don't plan to be an accountant.

Throughout this chapter you will learn about key financial statements, financial ratios, measures of corporate financial health, and some of the ethical issues surrounding accounting practices. By the end, you might not be a rock star, but you'll be a more informed user of financial information—without learning the hard way!

Introduction to Accounting and Finance (1) - 1.pptx

Importance of Accounting and Finance in Business.docx

Introduction to Accounting and Finance.docx

Challenges of Accounting and Finance Practices during Covid.docx

Research methods for accounting and finance.edited.docx

ACCOUNTING AND FINANCE D33 •  School For Business Finance And Entrepreneurship

week 1 (Introduction to accounting and finance

Introduction to Accounting and Finance.edited.docx

BSc Introduction to Accounting and Finance.docx

1. Introduction to Accounting and Finance.docx

Introduction to Accounting and Finance Assessment.docx