2 Choice in a World of Scarcity


Economists engage in two distinct, but related activities. They conduct research on economic issues, e.g. to determine cause and effect. For example, why did unemployment increase rapidly in 2008 and 2009? Economists also make policy recommendations. For example, what should the federal government do in response to the increase in unemployment?

The first type of activity is economic science, based on theories and evidence, where researchers attempt to determine how the world (or at least the economy) works. This is called positive reasoning, and the conclusions are called positive statements. A relevant conclusion might be that because the level of employment is based on production in the economy (i.e. GDP), the increase in unemployment was because of the slowdown in GDP over that time period. This slowdown has been called the Great Recession.

The second type of activity is more subjective, and is inevitably based on the researcher’s values. This is called normative reasoning, and the conclusions are called normative statements. A policy recommendation could be that since unemployed workers are not earning income, government should try to stimulate demand in the economy, so unemployed workers could get back to work. A different policy recommendation could be that stimulating demand could involve running a larger federal budget deficit, which future generations would have to pay back through higher taxes, so the government shouldn’t try to stimulate demand. Which of these recommendations is the right one? That depends on your subjective values.

Positive statements (and positive reasoning more generally) are objective. As such, they can be tested. These fall into two categories. One is a hypothesis, like "unemployment is caused by a decrease in GDP." This claim can be tested empirically by analyzing the data on unemployment and GDP. The other category is a statement of fact, such as “It’s raining,” or “Microsoft is the largest producer of computer operating systems in the world.” Like hypotheses, such assertions can be shown to be correct or incorrect. A statement of fact or a hypothesis is a positive statement. Note also that positive statements can be false, but as long as they are testable, they are positive. 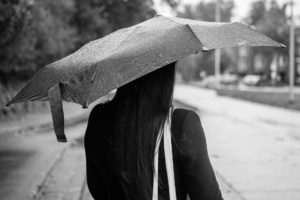 These statements are based on the values of the person who makes them and can't be proven false.

Because people have different values, normative statements often provoke disagreement. An economist whose values lead him or her to conclude that we should provide more help for the poor will disagree with one whose values lead to a conclusion that we should not. Because no test exists for these values, these two economists will continue to disagree, unless one persuades the other to adopt a different set of values. Many of the disagreements among economists are based on such differences in values and therefore are unlikely to be resolved.

It’s not uncommon for people to present an argument as positive, to make it more convincing to an audience, when in fact it has normative elements. Opinion pieces in newspapers or on other media are good examples of this. That’s why it’s important to be able to differentiate between positive and normative claims.

Watch this short video to review the distinctions between positive and normative analysis.