Putting It Together: The Aggregate Demand-Aggregate Supply Model

The goal of this module was ambitious: to introduce you to the aggregate demand-aggregate supply model, the primary model we will use to study the macro economy. In this module, we learned that AD-AS isn’t just a graphical model, but a tool to analyze and understand almost anything that has an impact on the macro economy. We also learned that AD and AS are not just curves, but that they reflect underlying economic behaviors by consumers, producers, governments and foreigners. 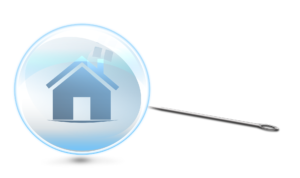 Figure 1. During the housing boom, aggregate demand increased and the curve shifted to the right. After the bubble burst, the AD shifted left, which contributed to high unemployment and the Great Recession.

Economic fluctuations, whether those experienced during the Great Depression of the 1930s, the stagflation of the 1970s, or the Great Recession of 2008–2009, can be explained using the AD/AS diagram. Short-run fluctuations in output occur due to shifts of the SRAS curve, the AD curve, or both. In the case of the housing bubble, rising home values caused the AD curve to shift to the right as more people felt that rising home values increased their overall wealth. Many homeowners took on mortgages that exceeded their ability to pay because, as home values continued to go up, the increased value would pay off any debt outstanding. Increased wealth due to rising home values lead to increased home equity loans and increased spending. All these activities pushed AD to the right, contributing to low unemployment rates and economic growth in the United States. When the housing bubble burst, overall wealth dropped dramatically, wiping out the recent gains. This drop in the value of homes was a demand shock to the U.S. economy because of its impact directly on the wealth of the household sector, and its contagion into the financial that essentially locked up new credit. The AD curve shifted to the left as evidenced by the rising unemployment of the Great Recession.

Understanding the source of these macroeconomic fluctuations provided monetary and fiscal policy makers with insight about what policy actions to take to mitigate the impact of the housing crisis. From a monetary policy perspective, the Federal Reserve lowered short-term interest rates to between 0% and 0.25%, to loosen up credit throughout the financial system. Discretionary fiscal policy measures included the passage of the Emergency Economic Stabilization Act of 2008 that allowed for the purchase of troubled assets, such as mortgages, from financial institutions and the American Recovery and Reinvestment Act of 2009 that increased government spending on infrastructure, provided for tax cuts, and increased transfer payments. In combination, both monetary and fiscal policy measures were designed to help stimulate aggregate demand in the U.S. economy, pushing the AD curve to the right.

While most economists agree on the usefulness of the AD/AS diagram in analyzing the sources of these fluctuations, there is still some disagreement about the effectiveness of policy decisions that are useful in stabilizing these fluctuations. We discuss the possible policy actions and the differences among economists about their effectiveness in more detail in the remaining modules, including those on the Keynesian and Neoclassical perspectives, and monetary and fiscal policies.

Beginning in the next module, you will see that economists differ on the relative importance they place on changes in spending versus changes in factors of production as drivers of economic activity. They also differ on what they see as the appropriate role of government in the process.

While you may not feel you fully understand this material yet, as you work with it during the remainder of this text, your learning will be reinforced and your understanding will become more complete.