It should be clear by now that economics covers a lot of ground. That ground can be divided into two parts: microeconomics focuses on the actions of individual agents within the economy, like households, workers, and businesses; macroeconomics looks at the economy as a whole. It focuses on broad issues such as growth, unemployment, inflation, and trade balance. Microeconomics and macroeconomics are not separate subjects but are, rather, complementary perspectives on the overall subject of the economy.

To understand why both microeconomic and macroeconomic perspectives are useful, consider the problem of studying a biological ecosystem like a lake. One person who sets out to study the lake might focus on specific topics: certain kinds of algae or plant life; the characteristics of particular fish or snails; or the trees surrounding the lake. Another person might take an overall view and instead consider the entire ecosystem of the lake from top to bottom: what eats what, how the system remains in balance, and what environmental stresses affect this balance. Both approaches are useful, and both researchers study the same lake, but the viewpoints are different. In a similar way, both microeconomics and macroeconomics study the same economy, but each has a different starting point, perspective, and focus. 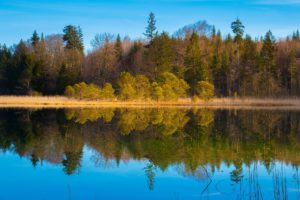 Figure 1. Macroeconomists might look at the larger ecosystem in this image, while a microeconomist would focus on specific features.

Whether you are looking at lakes or economics, the micro and the macro insights should illuminate each other. In studying a lake, the "micro" insights about particular plants and animals help us to understand the overall food chain, while the "macro" insights about the overall food chain help to explain the environment in which individual plants and animals live.

What determines how households and individuals spend their budgets? What combination of goods and services will best fit their needs and wants, given the budget they have to spend? How do people decide whether to work, and if so, whether to work full time or part time? How do people decide how much to save for the future, or whether they should borrow to spend beyond their current means?

An economy's macroeconomic health can be assessed by a number of standards or goals. The most important macroeconomic goals are the following:

To keep the differences between these policies straight, remember that the term monetary relates to money, and the term fiscal relates to government revenue or taxes.

These are the main tools the government has to work with. Americans tend to expect that government can fix whatever economic problems we encounter, but to what extent is that expectation realistic? These are just some of the issues that will be explored later in this course.

The differences between microeconomics and macroeconomics as well as their respective and focal points are explained again in the following video:

monetary policy: policy that involves altering the level of interest rates, the availability of credit in the economy, and the extent of borrowing