Adulthood begins around 20 years old and has three distinct stages: early, middle, and late. Each stage brings its own set of rewards and challenges. 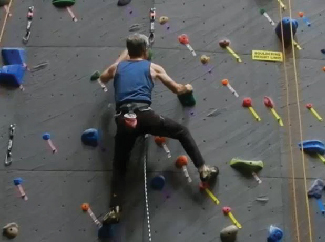 Figure 1. Physical declines of middle and late adulthood can be minimized with proper exercise, nutrition, and an active lifestyle. (credit: modification of work by Peter Stevens)

By the time we reach early adulthood (20 to early 40s), our physical maturation is complete, although our height and weight may increase slightly. In young adulthood, our physical abilities are at their peak, including muscle strength, reaction time, sensory abilities, and cardiac functioning. Most professional athletes are at the top of their game during this stage. Many women have children in the young adulthood years, so they may see additional weight gain and breast changes.

Middle adulthood extends from the 40s to the 60s (Figure 1). Physical decline is gradual. The skin loses some elasticity, and wrinkles are among the first signs of aging. Visual acuity decreases during this time. Women experience a gradual decline in fertility as they approach the onset of menopause, the end of the menstrual cycle, around 50 years old. Both men and women tend to gain weight: in the abdominal area for men and in the hips and thighs for women. Hair begins to thin and turn gray.

Late adulthood is considered to extend from the 60s on. This is the last stage of physical change. The skin continues to lose elasticity, reaction time slows further, and muscle strength diminishes. Smell, taste, hearing, and vision, so sharp in our twenties, decline significantly. The brain may also no longer function at optimal levels, leading to problems like memory loss, dementia, and Alzheimer’s disease in later years.

Aging doesn’t mean a person can’t explore new pursuits, learn new skills, and continue to grow. Watch this inspiring story about Neil Unger who is a newbie to the world of skateboarding at 60 years old.

With age, systematic declines are observed on cognitive tasks requiring self-initiated, effortful processing, without the aid of supportive memory cues (Park, 2000). Older adults tend to perform poorer than young adults on memory tasks that involve recall of information, where individuals must retrieve information they learned previously without the help of a list of possible choices. For example, older adults may have more difficulty recalling facts such as names or contextual details about where or when something happened (Craik, 2000). What might explain these deficits as we age? As we age, working memory, or our ability to simultaneously store and use information, becomes less efficient (Craik & Bialystok, 2006). The ability to process information quickly also decreases with age. This slowing of processing speed may explain age differences on many different cognitive tasks (Salthouse, 2004). Some researchers have argued that inhibitory functioning, or the ability to focus on certain information while suppressing attention to less pertinent information, declines with age and may explain age differences in performance on cognitive tasks (Hasher & Zacks, 1988). Finally, it is well established that our hearing and vision decline as we age. Longitudinal research has proposed that deficits in sensory functioning explain age differences in a variety of cognitive abilities (Baltes & Lindenberger, 1997).

Fewer age differences are observed when memory cues are available, such as for recognition memory tasks, or when individuals can draw upon acquired knowledge or experience. For example, older adults often perform as well if not better than young adults on tests of word knowledge or vocabulary. With age often comes expertise, and research has pointed to areas where aging experts perform as well or better than younger individuals. For example, older typists were found to compensate for age-related declines in speed by looking farther ahead at printed text (Salthouse, 1984). Compared to younger players, older chess experts are able to focus on a smaller set of possible moves, leading to greater cognitive efficiency (Charness, 1981). Accrued knowledge of everyday tasks, such as grocery prices, can help older adults to make better decisions than young adults (Tentori, Osheron, Hasher, & May, 2001).

How do changes or maintenance of cognitive ability affect older adults’ everyday lives? Researchers have studied cognition in the context of several different everyday activities. One example is driving. Although older adults often have more years of driving experience, cognitive declines related to reaction time or attentional processes may pose limitations under certain circumstances (Park & Gutchess, 2000). Research on interpersonal problem solving suggested that older adults use more effective strategies than younger adults to navigate through social and emotional problems (Blanchard-Fields, 2007). In the context of work, researchers rarely find that older individuals perform poorer on the job (Park & Gutchess, 2000). Similar to everyday problem solving, older workers may develop more efficient strategies and rely on expertise to compensate for cognitive decline.

How can we delay the onset of cognitive decline? Mental and physical activity seems to play a part (Figure 2). Research has found adults who engage in mentally and physically stimulating activities experience less cognitive decline and have a reduced incidence of mild cognitive impairment and dementia (Hertzog, Kramer, Wilson, & Lindenberger, 2009; Larson et al., 2006; Podewils et al., 2005).

There are many theories about the social and emotional aspects of aging. Some aspects of healthy aging include activities, social connectedness, and the role of a person’s culture. According to many theorists, including George Vaillant (2002), who studied and analyzed over 50 years of data, we need to have and continue to find meaning throughout our lives. For those in early and middle adulthood, meaning is found through work (Sterns & Huyck, 2001) and family life (Markus, Ryff, Curan, & Palmersheim, 2004). These areas relate to the tasks that Erikson referred to as generativity versus intimacy. As mentioned previously, adults tend to define themselves by what they do—their careers. Earnings peak during this time, yet job satisfaction is more closely tied to work that involves contact with other people, is interesting, provides opportunities for advancement, and allows some independence (Mohr & Zoghi, 2006) than it is to salary (Iyengar, Wells, & Schwartz, 2006). How might being unemployed or being in a dead-end job challenge adult well-being?

As people enter the final stages of life, they have what Erik Erikson described as a crisis over integrity versus despair. In other words, they review the events of their lives and try to come to terms with the mark (or lack thereof) that they have made on the world. People who believe they have had a positive impact on the world through their contributions live the end of life with a sense of integrity. Those who feel they have not measured up to certain standards—either their own or others'—develop a sense of despair. 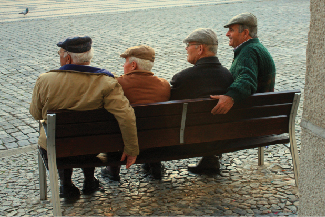 Positive relationships with significant others in our adult years have been found to contribute to a state of well-being (Ryff & Singer, 2009). Most adults in the United States identify themselves through their relationships with family—particularly with spouses, children, and parents (Markus et al., 2004). While raising children can be stressful, especially when they are young, research suggests that parents reap the rewards down the road, as adult children tend to have a positive effect on parental well-being (Umberson, Pudrovska, & Reczek, 2010). Having a stable marriage has also been found to contribute to well-being throughout adulthood (Vaillant, 2002).

Another aspect of positive aging is believed to be social connectedness and social support. As we get older, socioemotional selectivity theory suggests that our social support and friendships dwindle in number, but remain as close, if not more close than in our earlier years (Carstensen, 1992) (Figure 3).

To see more perspectives on aging, view this video about aging in America.