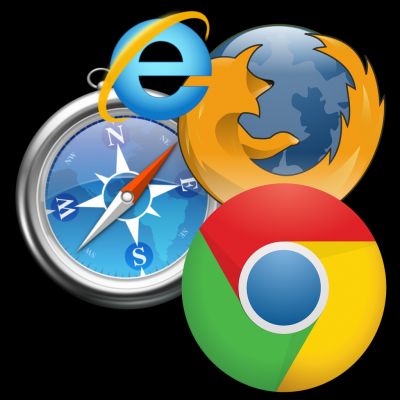 A web browser (commonly referred to as a browser) is a software application for retrieving, presenting and traversing information resources on the World Wide Web. An information resource is identified by a Uniform Resource Identifier (URI/URL) and may be a web page, image, video or other piece of content. Hyperlinks present in resources enable users easily to navigate their browsers to related resources.

Although browsers are primarily intended to use the World Wide Web, they can also be used to access information provided by web servers in private networks or files in file systems. 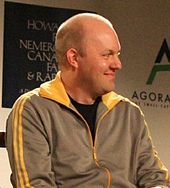 The first commonly available web browser with a graphical user interface was Erwise. The development of Erwise was initiated by Robert Cailliau.

In 1993, browser software was further innovated by Marc Andreessen with the release of Mosaic, "the world's first popular browser", which made the World Wide Web system easy to use and more accessible to the average person. Andreesen's browser sparked the internet boom of the 1990s. The introduction of Mosaic in 1993 – one of the first graphical web browsers – led to an explosion in web use. Andreessen, the leader of the Mosaic team at National Center for Supercomputing Applications (NCSA), soon started his own company, named Netscape, and released the Mosaic-influenced Netscape Navigator in 1994, which quickly became the world's most popular browser, accounting for 90% of all web use at its peak (see usage share of web browsers).


Opera debuted in 1996; it has never achieved widespread use, having less than 2% browser usage share as of February 2012 according to Net Applications. Its Opera-mini version has an additive share, in April 2011 amounting to 1.1% of overall browser use, but focused on the fast-growing mobile phone web browser market, being preinstalled on over 40 million phones. It is also available on several other embedded systems, including Nintendo's Wii video game console.
In 1998, Netscape launched what was to become the Mozilla Foundation in an attempt to produce a competitive browser using the open source software model. That browser would eventually evolve into Firefox, which developed a respectable following while still in the beta stage of development; shortly after the release of Firefox 1.0 in late 2004, Firefox (all versions) accounted for 7% of browser use. As of August 2011, Firefox has a 28% usage share.

Apple's Safari had its first beta release in January 2003; as of April 2011, it had a dominant share of Apple-based web browsing, accounting for just over 7% of the entire browser market.

Internet Explorer will be deprecated in Windows 10, with Microsoft Edge replacing it as the default web browser.

The ways that web browser makers fund their development costs has changed over time. The first web browser, WorldWideWeb, was a research project.

Netscape Navigator was sold commercially, as was Opera.

Internet Explorer, on the other hand, was bundled free with the Windows operating system (and was also downloadable free), and therefore it was funded partly by the sales of Windows to computer manufacturers and direct to users. Internet Explorer also used to be available for the Mac. It is likely that releasing IE for the Mac was part of Microsoft's overall strategy to fight threats to its quasi-monopoly platform dominance - threats such as web standards and Java - by making some web developers, or at least their managers, assume that there was "no need" to develop for anything other than Internet Explorer. In this respect, IE may have contributed to Windows and Microsoft applications sales in another way, through "lock-in" to Microsoft's browser.

In January 2009, the European Commission announced it would investigate the bundling of Internet Explorer with Windows operating systems from Microsoft, saying "Microsoft's tying of Internet Explorer to the Windows operating system harms competition between web browsers, undermines product innovation and ultimately reduces consumer choice." Safari and Mobile Safari were likewise always included with OS X and iOS respectively, so, similarly, they were originally funded by sales of Apple computers and mobile devices, and formed part of the overall Apple experience to customers.

Today, most commercial web browsers are paid by search engine companies to make their engine default, or to include them as another option. For example, Google pays Mozilla, the maker of Firefox, to make Google Search the default search engine in Firefox. Mozilla makes enough money from this deal that it does not need to charge users for Firefox. In addition, Google Search is also (as one would expect) the default search engine in Google Chrome. Users searching for websites or items on the Internet would be led to Google's search results page, increasing ad revenue and which funds development at Google and of Google Chrome.

Many less-well-known free software browsers, such as Konqueror, were hardly funded at all and were developed mostly by volunteers free of charge.

The primary purpose of a web browser is to bring information resources to the user ("retrieval" or "fetching"), allowing them to view the information ("display", "rendering"), and then access other information ("navigation", "following links").

This process begins when the user inputs a Uniform Resource Locator (URL), for example http://en.wikipedia.org/, into the browser. The prefix of the URL, the Uniform Resource Identifier or URI, determines how the URL will be interpreted. The most commonly used kind of URI starts with http: and identifies a resource to be retrieved over the Hypertext Transfer Protocol(HTTP).  Many browsers also support a variety of other prefixes, such as https: for HTTPS, ftp: for the File Transfer Protocol, and file: for local files. Prefixes that the web browser cannot directly handle are often handed off to another application entirely. For example, mailto: URIs are usually passed to the user's default e-mail application, and news: URIs are passed to the user's default newsgroup reader.

In the case of http, https, file, and others, once the resource has been retrieved the web browser will display it. HTML and associated content (image files, formatting information such as CSS, etc.) is passed to the browser's layout engine to be transformed from markup to an interactive document, a process known as "rendering". Aside from HTML, web browsers can generally display any kind of content that can be part of a web page. Most browsers can display images, audio, video, and XML files, and often have plug-ins to support Flash applications and Java applets. Upon encountering a file of an unsupported type or a file that is set up to be downloaded rather than displayed, the browser prompts the user to save the file to disk.

Information resources may contain hyperlinks to other information resources. Each link contains the URI of a resource to go to. When a link is clicked, the browser navigates to the resource indicated by the link's target URI, and the process of bringing content to the user begins again.

Available web browsers range in features from minimal, text-based user interfaces with bare-bones support for HTML to rich user interfaces supporting a wide variety of file formats and protocols. Browsers which include additional components to support e-mail, Usenet news, and Internet Relay Chat (IRC), are sometimes referred to as "Internet suites" rather than merely "web browsers". All major web browsers allow the user to open multiple information resources at the same time, either in different browser windows or in different tabs of the same window. Major browsers also include pop-up blockers to prevent unwanted windows from "popping up" without the user's consent. 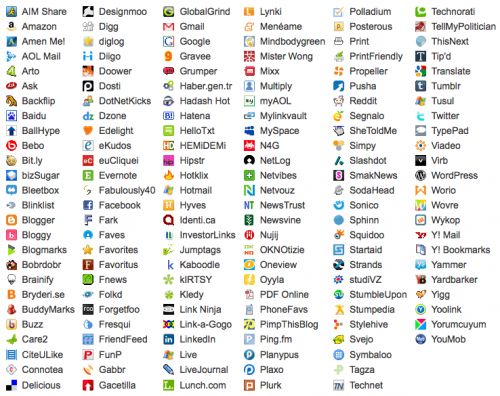 Most web browsers can display a list of web pages that the user has bookmarked so that the user can quickly return to them. Bookmarks are also called "Favorites" in Internet Explorer. In addition, all major web browsers have some form of built-in web feed aggregator. In Firefox, web feeds are formatted as "live bookmarks" and behave like a folder of bookmarks corresponding to recent entries in the feed. In Opera, a more traditional feed reader is included which stores and displays the contents of the feed.

Furthermore, most browsers can be extended via plug-ins, downloadable components that provide additional features.

Some home media devices now include web browsers, like this LG Smart TV. The browser is controlled using an on-screen keyboard and LG's "Magic Motion" remote.

Most major web browsers have these user interface elements in common:

Most browsers support HTTP Secure and offer quick and easy ways to delete the web cache, cookies, and browsing history. For a comparison of the current security vulnerabilities of browsers, see comparison of web browsers.

IT 122445 •  Polytechnic University of the Philippines

Introduction to Computer Applications and Systems.docx

Unit 1 - Introduction to Computer Application in Travel, Hospitality and Tourism.doc

Introduction to Computer Applications in Healthcare.pdf

Introduction to Computer Applications by Sumathi.doc

DCIS 456 •  University of the Philippines Visayas

BTM 154 Introduction to Computer Applications in Hospitality and Tourism